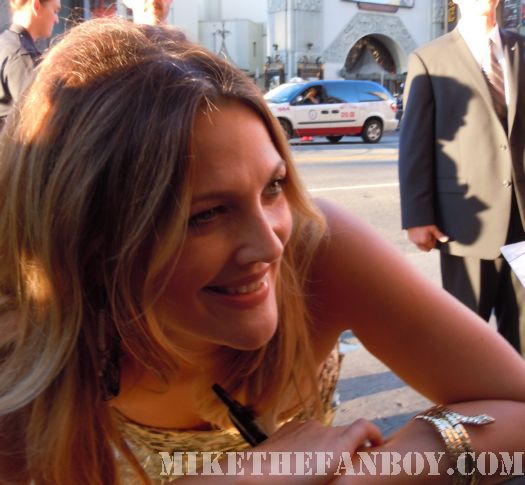 Mikethefanboy.com reader Scott, has just sent in a great Drew Barrymore encounter. It’s from her last premiere for the film Going The Distance, and he got some kick ass shots of Drew Barrymore interacting with the crowd! Check it out after the jump!

On Monday afternoon, I made my way to the Mann Chinese Theater in Hollywood, CA for the world premiere of “Going the Distance,” starring Drew Barrymore and Justin Long. I have been trying to get Drew Barrymore’s autograph for the past two years. I am going solo today (No Mike – “mikethefanboy.com”). I met some nice people, though, as I was waiting.
I had gone to a couple of premieres where I knew Drew would appear, and each time she was very genuine and waved to her fans, but never signed. I always left disappointed that she did not sign, but knew she would make me a happy fan one day. I am hoping today is the day!
Around 6:30p.m. people started arriving, but not in the normal fashion arrivals that usually occur at the Chinese Theater. The set-up was also different from what I have been accustomed. It was difficult to tell who was walking up with the sun glaring in my eyes and the heavy traffic. I saw Rick Schroeder and some people that looked like they were from a Mtv reality show. Then Christina Applegate seemed to appear out of nowhere. I would love her to sign my “Sweetest Thing” DVD insert. I already have Cameron Diaz on it. She was posing for the photographers. She is still pregnant. It didn’t seem look like she would be coming across the street, which is understandable in her condition. I was feeling that since nobody else was coming across, that Drew probably would not either. But, as Mike (Mikethefanboy.com) says, “You just never know!”
Finally, the black livery cars and SUV’s begin to arrive. Aside from not recognizing a soul coming out of them, nobody was coming across to sign at this point, either. As per usual, another SUV pulls up, the doors open, and……a bus stops blocking our view…..darn red light. UGH! Finally the bus moves and there is Drew! SHE IS COMING ACROSS THE STREET! 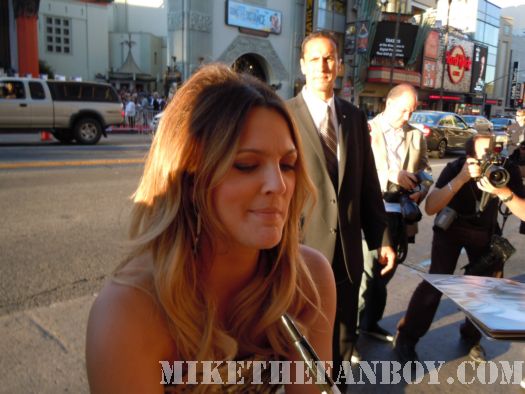 She begins signing autographs here and there. She makes her way down the barricade. She sees my Rolling Stone Magazine with her on the cover from 1995 and signs it. I told her that I had waited a long time for her to sign it and that I was a big fan. She sweetly responded, “Thank you so very much for coming.” 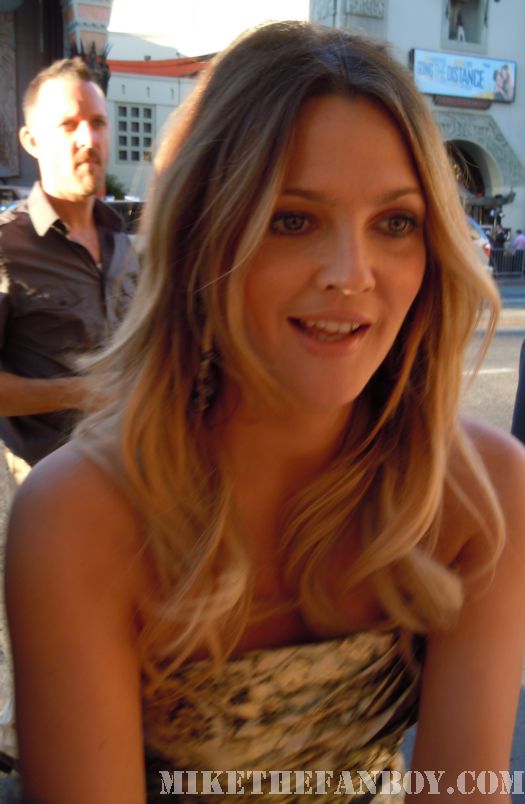 I am out of my mind excited that this just happened. She continued to sign all the way down the barricade. 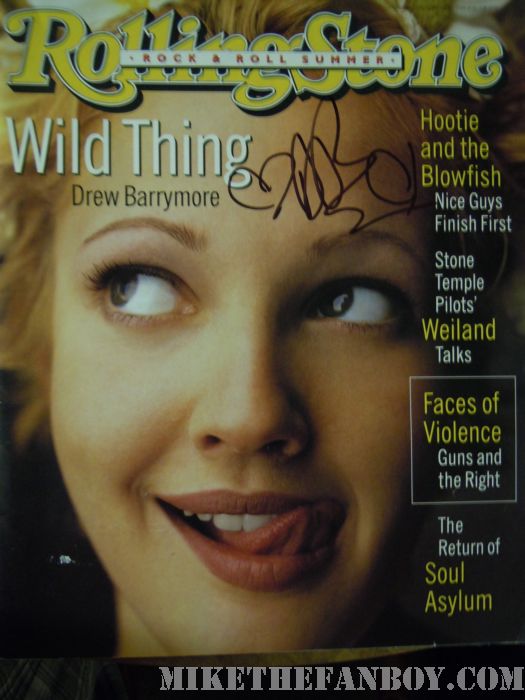 She ends up being the only celeb to cross the street. Justin Long arrives and poses for the press. The final major arrival was Kate Beckinsale and Len Wiseman. 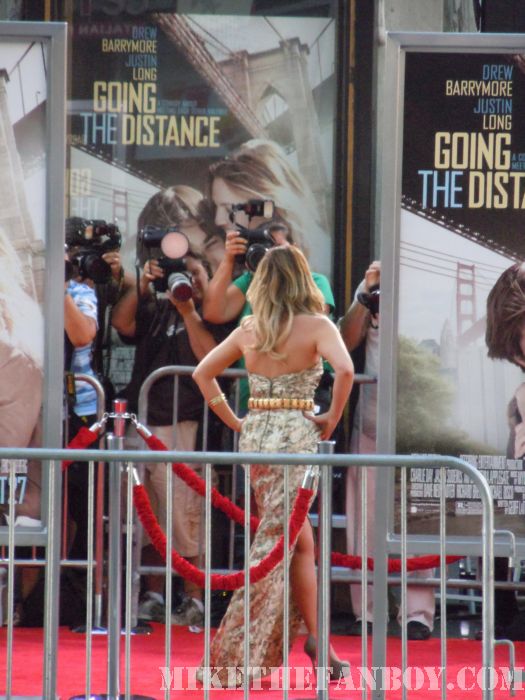 I scroll through my pictures and am thrilled with the evening. Thank you, Drew, for making this a special summer evening. I look forward to seeing the movie!