Duran Duran is one of the seminal bands of our generation. They have hit after hit after hit after hit. I mean Girls on Film, White Lines, Hungry Like The Wolf, Rio, Ordinary World, New Moon on Monday, they just go on and on… It’s crazy to think about really.

There’s no bigger “Duranie” than Pinky. She loves the band so much and headed out to meet them at the Amoeba Music signing for their latest album Paper Gods. She even spotted Nick Rhodes walking the aisles and got a photo with him.

check out her recap below!

Hello, my lovelies. Pinky Lovejoy-Coogan here still walking on cloud nine after getting to have some real face-to-face time with one of my all-time favorite bands, Duran Duran.

Last week they had a signing at Amoeba Records in Hollywood and thankfully my awesome husband was able to buy the Paper Gods album which got me a wristband for the event last month (thanks, babe!). 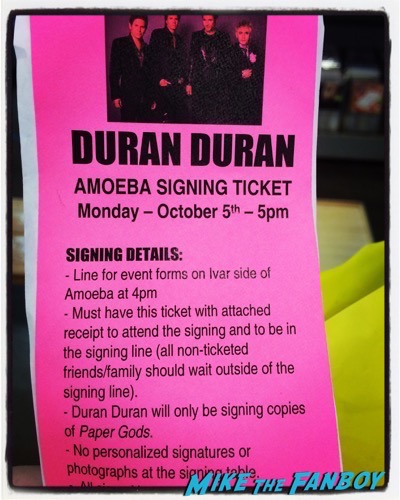 As it was very first record signing ever, I had no idea what to expect, so the whole thing was just above and beyond my wildest dreams. I mean, as someone who has loved the band since before I hit puberty (in other words, over 30+ years), anytime I get a chance to be around them is a BIG DEAL. In the past, I’d been able to meet them very quickly and get pictures (which was also a HUGE HUGE HUGE deal in my world), but I think this was the first time I’d really had any time with them to chat. As a proud Duranie, this was pretty much the greatest thing ever. As most people know, Duranies usually have a certain member of the band they love – everyone has their own favorites, which makes it really fun. In a group of four girls, everyone could have a different fave. Mine, of course, is Nick Rhodes. As you may recall, I’ve got his autograph tattooed on my leg, so, yeah, I’m definitely a “Nick girl.”

When I arrived at the event, the first thing I heard was, “That’s the first time I’ve ever gotten a picture with Nick!” This activated my Nick senses and I was intrigued. Shortly thereafter they started walking us into the venue and there Nick was, just casually browsing music in the aisles. My friend asked for a picture with him and he obliged and then I was able to get one, as well. Hooray! 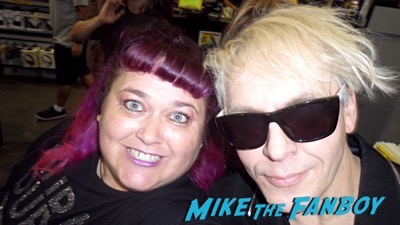 I was so stoked! Now I’ve got six Nick pics! So cool. 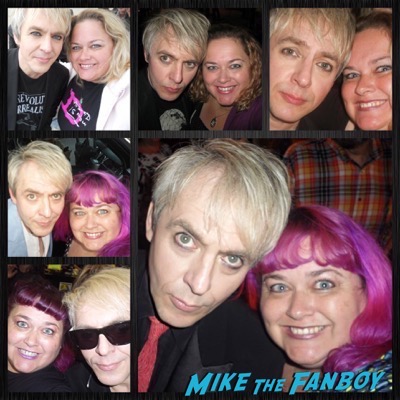 As we waited in line for the signing to begin, I was surrounded by girls who all loved the band as much as I did. There was a lot of love in the room. 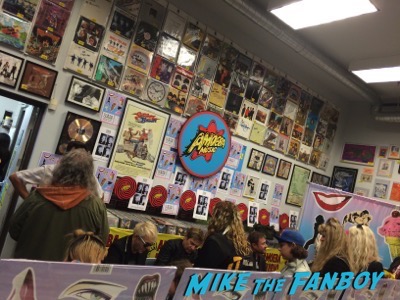 Sadly, there were no pictures in line and they made you put away your phones before getting to the table, which was a bummer, but, oh well. I’d made the band little presents – each one got a keychain and a magnet I’d made out of their newest album cover. 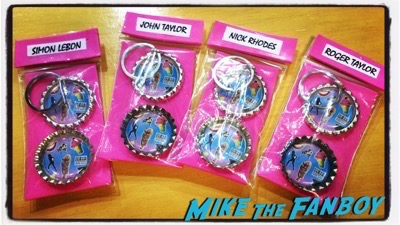 It was so fun to give them to each one as they signed my album. Simon LeBon was the first one to sign and he asked me for my name. 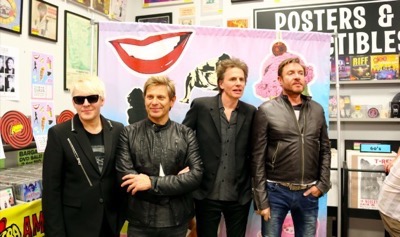 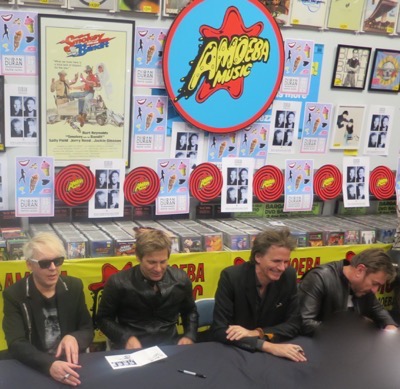 John Taylor added, “With love” to his signature (!). Roger Taylor seemed the most subdued of the group, but was still polite. And they saved the best for last, my beloved Nick Rhodes. He signed his name and then added some fun squiggles to the artwork. I asked him to write, “To Pinky” and he said he loved my gift. When I showed him my finished tattoo with his autograph, he said, “Oh, Crikey.” I loved it! Such an amazing day and I loved being able to tell them how great their new album is and how much I loved their show at the Hollywood Bowl. It really is an incredible album and I urge you to pick it up if you get a chance. Thanks, guys! We love you! 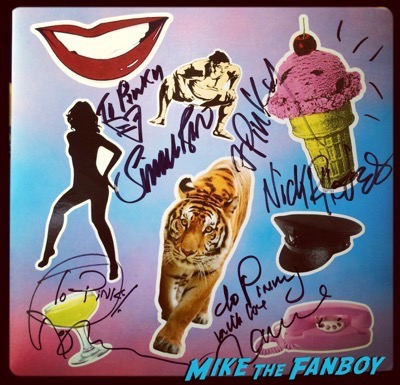 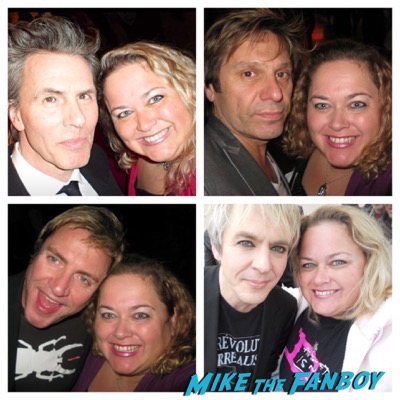