I love (sometimes) running into random people at events, sometimes it’s frustrating because I’m like, “Dammit I have such and such poster at home!” What can you do right?

At a recent FYC event, Lisa pointed out that Dylan Minnette was in the crowd. Dylan was so good in Prisoners with Hugh Jackman and he’s currently in Netflix’s binge worthy series 13 Reasons Why, which I think everyone in the world is watching!

Dylan Minnette was really nice and posed for a quick picture with anyone who asked. It was super fast but a nice bonus to the evening! 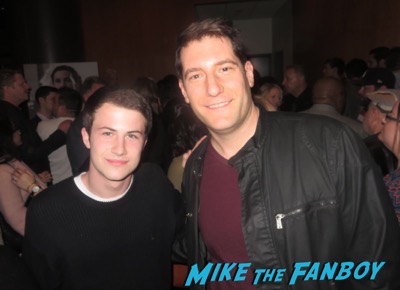