Oh no… There are those days, when you just wanna say, Oh no…

Theo and I headed out today, for a triple threat, Edward Norton, P!nk, and Portia De Rossi were all on the same talk show, so, I figured… Well… Out of those three maybe someone would come over.

Now, I’m a huge P!nk fan, seriously, huge. I’ve met her a couple times and she’s always been.. Finicky. But, I’m really hoping with my giant poster it might bring her over… why not right?

When Theo and I arrived there were only like eight people ahead of us. Which isn’t shocking knowing the signing habits of the guests tonight. So, Theo and I settled in, for the wait. I didn’t arrive super early, so it won’t be a long night. 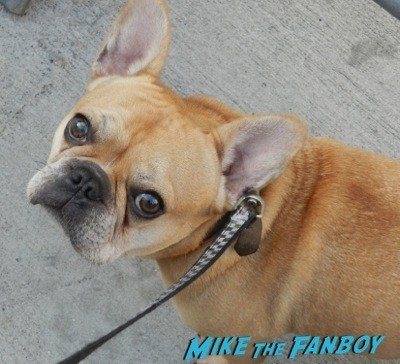 Portia was already inside, as was P!nk. Edward Norton is driving past us right now, he gives us a quick wave, more like a flick… And jumps inside. 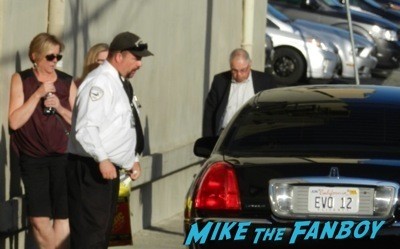 Theo was adorable, we played with his toy dragon, he tried to lick my Scream 2 mini poster which I brought for Portia De Rossi, and he generally was very curious about what was going on.

For Edward Norton I brought my Birdman mini poster and a Fight Club poster that has the bar of soap from the film.

After an hour or so, suddenly a figure emerges! It’s P!nk, I held up the gigantic poster and waved it around, people yelled, P!nk looked over and turned her head. I even saw a security guard motion our way asking if she wanted to go over. and nadda. Wow. Let’s put it this way… We didn’t even get a wave.

To say I was disappointed was a bit of an understatement.

Even Theo was sad.

Then Edward Norton made a B-Line out. This time he headed into a fenced in area and he didn’t even wave as well. What the heck… Man oh man… I can’t say I’m shocked, but.. You know… What can you do… 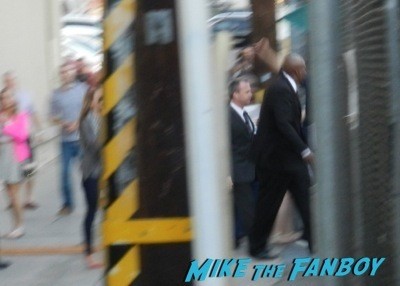 So, are we going three for three?

Portia De Rossi is leaving and comes right on over with a huge smile on her face. She is so so so nice. Like over the top nice. She signs my Scream 2 mini poster and is like “Wow.” I know she only had a small part in the film, but I told it was one of my favorites. 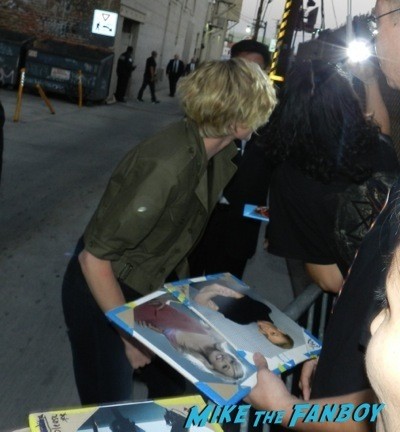 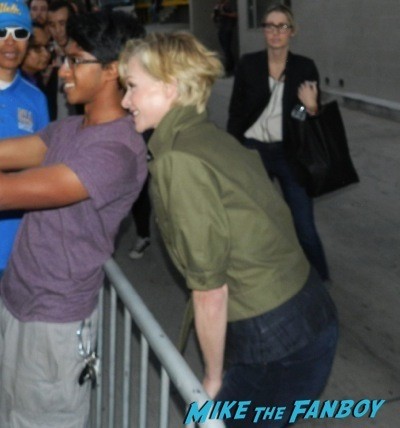 Then she headed down and did photos and signed for everyone. Seriously, she was so sweet. 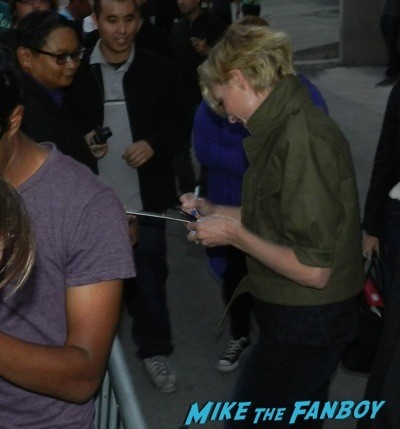 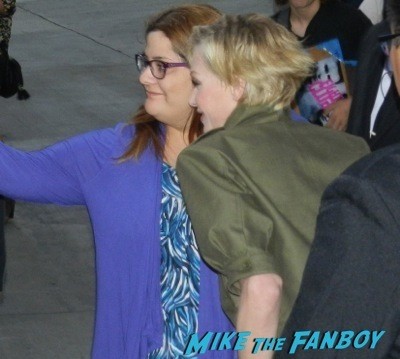 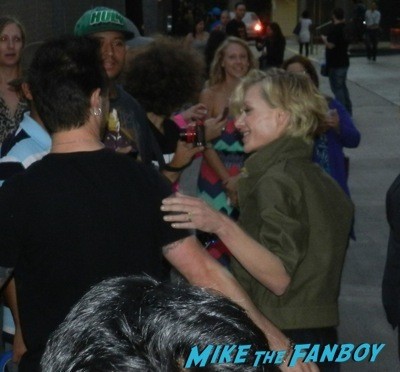 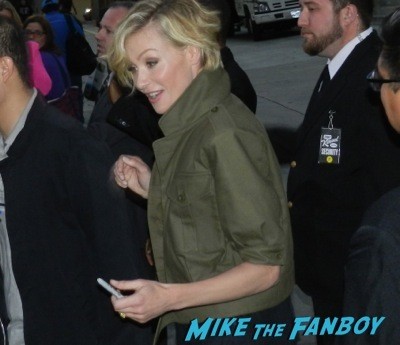 So, it was nice to at least have one person be nice tonight! 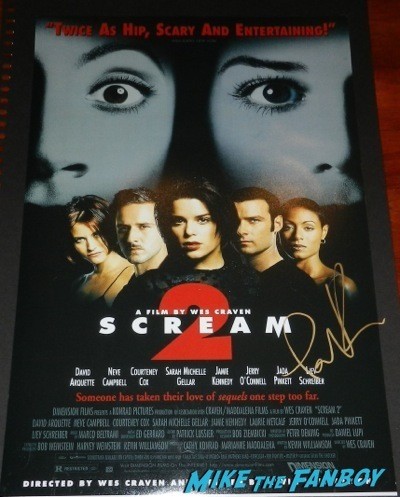