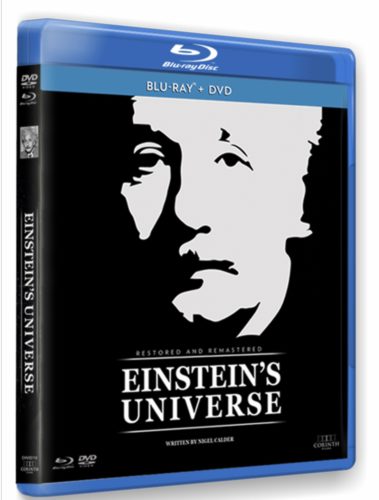 Great things come to those who wait and Corinth Films doesn’t disappoint. Available for the first time on Blu-ray, “Einstein’s Universe” remains a remarkable, beautiful and breakthrough documentary detailing the theory of relativity,.

Produced to celebrate the centenary birth of Nobel Prize-winning physicist Albert Einstein in 1979, “Einstein’s Universe” is a daring documentary narrated/hosted by two-time Academy Award winner Sir Peter Ustinov. The film primarily takes place at the University of Texas’ McDonald University, one of the world’s leaders in astronomical research, where critically acclaimed and renowned physicists describe Einstein’s Theory of General Relativity with Ustinov as an instrument providing hands-on experience explaining all of the exciting aspects of the brilliant, breakthrough discovery. 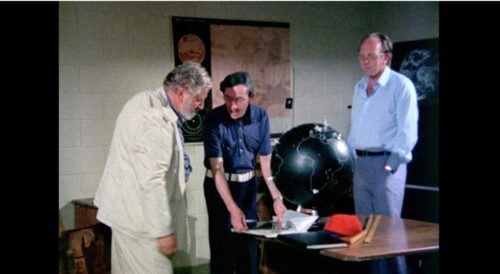 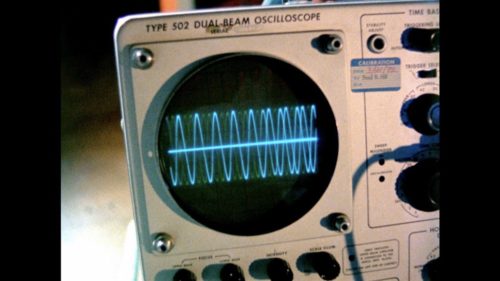 Written by Nigel Calder and directed by Martin Freeth, “Einstein’s Universe” is wonderfully presented in an extremely engaging and digestible documentary for everyone. Not only is the film fantastically accessible, the effective explanations of relativity make it extremely entertaining without being exhaustive and overbearing. For those obsessed or intrigued by physics, the film forges a great introduction to the subject matter and does so in an extremely engaging way.

Whether you first discovered it on PBS or watched in a classroom setting, “Einstein’s Universe” remains a timeless classic and allows anyone watching to appreciate Einstein’s theories. The priceless commentaries and charming conversations are simply sensational with Peter Ustinov leading the charge, especially with John Archibald Wheeler, Irwin Shapiro, and Sir Roger Penrose. For fundamental knowledge, the film frequently presents thought provoking moments about physics and exists as a genuinely great scientific film for the general public. 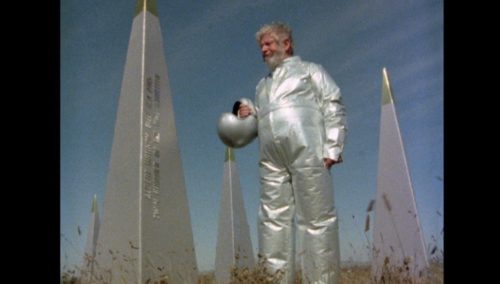 Considering the film is 40 years old, Peter Ustinov makes this movie marvelous. From what could’ve been extremely excruciating or tedious, his captivating and larger than life personality brings you in as a viewer keeping you consistently and readily engaged. Thanks to wonderful writing by Nigel Calder and distinct directing by Martin Freeth, “Einstein’s Universe” remains a fantastic film and a must watch! In the vein of something like Errol Morris’ “A Brief History of Time,” this movie makes you appreciate science and its subject matter much more after watching. Image the documentary series “Earth” and “Planet Earth” with its nutritious narration, the fun playfulness of Michael Moore, the stoic nature of Steve James (“Hoop Dreams” and “Stevie”) and the sophistication of Sir Anthony Hopkins, you get Peter Ustinov as the host and narrator for “Einstein’s Universe.” It’s a magnificent movie through and through. This is one scientific discovery you should rush out and appreciate.

Einstein’s Universe is available for the first time on DVD/Blu-ray and Video on Demand!