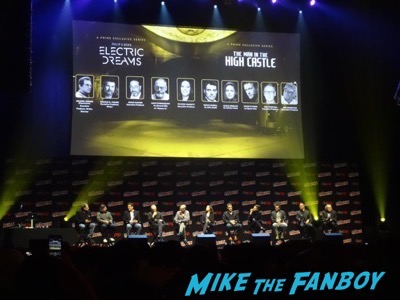 “We wanted to explore the great themes: What does it mean to be human? What’s the nature of reality? The characters are the anti-hero, everyday person who’s struggling to get by,” begins Isa Dick Hackett, daughter of Philip K Dick. Philip K Dick’s Electric Dreams features 10 independent episodes which explore these themes in very diverse settings with completely different casts. Some episodes are set in the near future, others will be set 5000 years in the future.For filmmakers looking for a science fiction project, this series must be a dream project. The goal, according to Isa was to make the series “really, really film-maker centric. We wanted them all to feel passionate about that particular story.” Isa has access to plenty of her father’s material, but the show is not a literal adaptation of specific stories. She sat down with each writer and asked what they wanted to write. Based on their ideas, Isa would select some of her father’s stories to pass on. 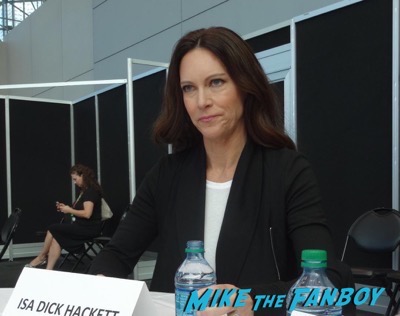 The results are a mix of Philip K Dick stories and the individual writers. Producer/writer Michael Dinner noted that “some people came in with a story that they always loved and some were fans. They were fans of the writing. They were fans of the big screen. Some would say ‘I’ve always wanted to do this.’ Some said ‘I’d really like to do this, but I don’t know what I’d like to do’ and we would supply them with 3 or 4 things. The good thing was, whether they brought it themselves or they selected it from the material, they wanted to personalize it, whether it was a father/son story or a husband/wife. They found something of their own lives in there.”

The collection of collaborators includes creatives from Game of Thrones, Harry Potter and the Cursed Child, Battlestar Galactica, Outlander, Justified and Pacific Rim.

As individual as the stories may be, the producers made sure it had the “Philip K Dick factor.” Executive producer David Kanter would go over scripts and early cuts to make sure it had “that special sense that I’m little crazy, I’m a little off balance and now the world is opening up and something weird is apparent.”David uses Ron Moore’s episode, “Real Life,” to exemplify this sense: “He started with a story about a super nervous museum curator who was caught between centuries. He didn’t know if he was a guy from the 1950’s who’d come back in time to curate an exhibit about the 1950’s 200 years in the future or whether he was in the 50’s and having delusions. It’s about two people connected through artificial intelligence.” 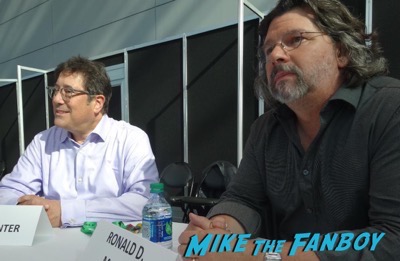 David singles out one episode, “The Commuter” as the most emotional episode since it’s a very personal story for the writer: “We didn’t find out until the day we did a table read that the inspiration that Jack Thorne had was based on his family’s experience. There was a pattern of severe mental illness. His take on ‘The Commuter’ is about a father who’s dealing with his deep ambivalence about his son who’s becoming progressively more ill. It ends up being one of our most emotional stories.”

Liam was happy to sign up for the project due to the combination of Philip K Dick, science fiction and Bryan Cranston. In the episode “Human Is,” he plays clean-shaven General Olin (“I look like I’m 12!”). 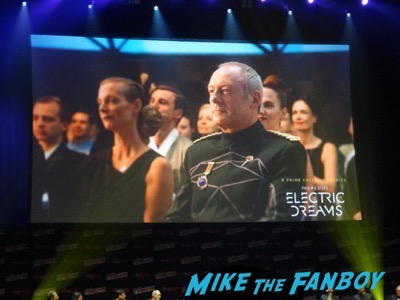 Liam gave a description of the episode and sets up the big human question: “When we meet Bryan Cranston at the beginning, he’s a very effective colonel. A very hands-on military man who is great at his job, but is almost a machine. His relationship with his wife, Essie Davis, is cold, to say the least. They did not have a loving relationship. He’s not a particularly good man. I send him on a mission that goes spectacularly wrong and when he comes back, he seems like a different guy. He’s a much more empathetic character and he seems to have re-evaluated his life. That’s where the problems begins with the aliens on the other planet. The stage is set up for a family man who’s changed and why has he changed? And that’s the examination of what it means to be human. Small ideas for a human, but big ideas philosophically.”

These ideas, big and small, will start steaming on Amazon Prime Video next year. Check out the US trailer to get a preview of some of these beautiful and trippy worlds. 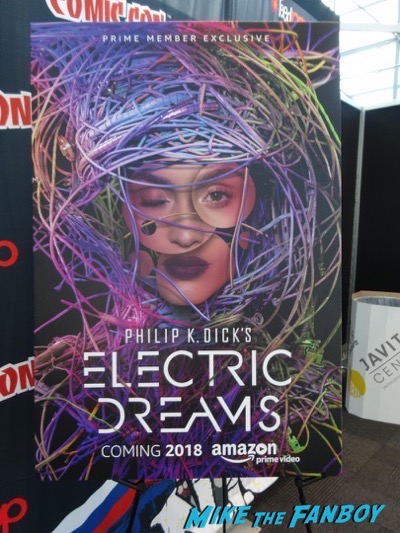