There’s nothing like a Strumpet Scorned and when said Strumpet loves her some Sherlock Holmes and there’s a new adaptation… Well… Shit starts getting real. LOL…

Take a look at the Strumpet ripping Elementary to pieces after the jump!

If you don’t know I am a HUGE Sherlock Holmes fan. I’ve seen nearly every version – some good, some bad – but I always want to give them a shot. I love the recent BBC updated reboot version and I love Jonny Lee Miller, so I was crossing my fingers for CBS “Elementary” last night. Within one commercial I knew it was going to be bad and I should just turn the movie back on. However, I’m a glutton for punishment and I really wanted to give it a fair shot. I’ll be nice first. Here’s what I found decent:

1. Captain Gregson : Clever not to use Lestrade since in the original stories Gregson and Lestrade were rivals at Scotland Yard

2. Bees – in the original stories Holmes speaks of retiring to the Sussex downs to write a dissertation on bees

3. Watson helps to solve the crime

4. They used violin music at some moment – Holmes often plays

6. Holmes wearing a T-shirt that says “I am not lucky, I am good” 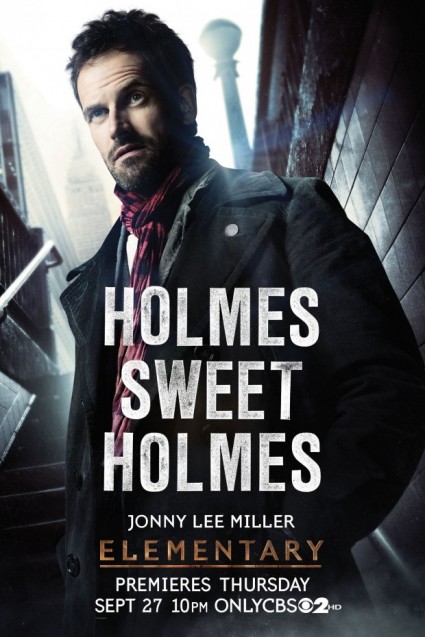 Here’s what I found obnoxious:

1. Holmes being a recovering drug addict – yes in the original stories he used cocaine but the solution was very diluted and he only used it when he was bored.

2. Holmes apologizing sincerely – believe me that makes a difference

3. His father is the one who is looking out for him not his brother Mycroft – they never mention his parents in the originals

5. I figured out who and how 15 minutes in because it’s like they had a casting call that said “Wanted : murdering husband” and cast to type, and since every crime show has used the hired killer plot it wasn’t that hard to …wait for it… deduce!

6. Every clue had a blazing neon sign posted above it. Ex: picture frames, lady fiddling with necklace, missing cell phone, etc. No subtlety at all…

Heck I could go on and on…but the biggest : Disgraced Watson.

Watson was a soldier who was shot and sent home, he did NOT kill someone while operating on them. I wouldn’t say he’s a war hero, but c’mon…really?!?!?! Watson gets the shaft anyway with most adaptations, but now you have to make the character a killer? Involuntary but still. Major thumbs down. 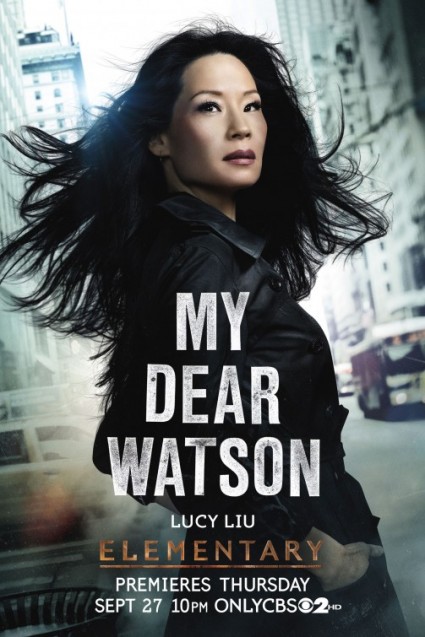 In all honesty, though, the biggest problem was that it was boring. Utterly boring. Nothing made me go “Oh, that was cool”, nothing really made me scream at the TV, even the Watson thing was kind of just “that sucks”. It was just boring. I kept trying to come up with ways to make it interesting, like take a drink every time they say “deduce” or some variation thereof, but I lost interest. I watched the whole thing but mostly read a book for the last 45 minutes.

As far as solving it in the first 15 minutes, I have to admit I’ve read all the stories but couldn’t place this one, so if they did base it off the Canon then there you are. But I have a feeling they didn’t. It’s so familiar in the way it’s shot and the storyline I want to rename it “CSI: Holmes”, my friends have dubbed it “De-douche”. But here is what I think, I think it’s gonna be a big hit because I’m not their demographic. They’re going for the CSI lovers and that’s not me, but obviously there’s a ton out there since they have a thousand spin-offs. I’m not saying that’s bad, there’s lots of over used cliché crap I love (just come look at my bookshelves sometime) but I was hoping for some REAL originality. Change the names of the characters and there is barely anything Holmesian related. “House” is much more recognizable as a Holmes/Watson influence than this show and it has their names.

And who wants to bet me at some point they have awkward boy/girl sexual moment…eek! I mean it was hard enough watching Mulder/Scully kiss, but that’s just because I didn’t want it to go so cliché (although deep down inside was doing a mega happy dance), watching Holmes/Watson have any sexual spark would seriously creep me out.

Oh well, at least I have the Jeremy Brett version, and the recent BBC version, heck I even love the Basil Rathbone version and that’s got tons of changes. Here’s what they all did right though…they kept the essence of Holmes true. That is what “Elementary” failed at. Which makes me sad because I really like Jonny Lee Miller and was pulling for him. 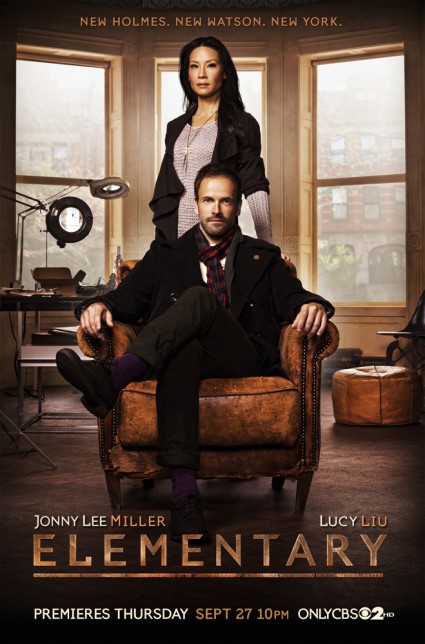