I love reading about events in different cities, and this wonderful report from Big Apple Elisa is no different! Elisa attended an event in New York called the 24 Hour Plays and it had a pretty cool cast of folks. The interesting thing though isn’t the people who stop but the people who don’t stop. LOL…

Still, Elisa did get some cool peeps!

‘The 24 Hour Plays’ is a yearly fundraiser held in Manhattan and something I’ve ALWAYS wanted to attend. I mean, six one- act plays written and performed in less than 24 hours by a group of well known actors from television, film and theatre? What could be better?

And somehow the timing fit perfectly and I would be out of the concert before the other event ended. As always, I had a main goal. I need Justin Long and Anthony Mackie on the 10 Years poster I started a few months back. I figured, they should be easier to get than some of the others. Anyone else I got would be icing on the cake.

So after the amazing concert (hearing Joel Grey sing Mr. Cellophane from Chicago…INCREDIBLE) and a bit of phone charging at my friend’s, I headed to the American Airlines theatre to wait. There was a decent size crowd already there (most were at the Silver Linings Playbook premiere/party trying to get Robert DeNiro).  Some interesting characters were waiting though. I was at the end of the barricade section and the guy next to me told me he tried standing there and he got kicked out. He seemed to try to be getting me to leave but I just smiled and said I’d wait until they kicked me out. He then proceeded to tell me to watch out cause he gets really excited when people come out and said something to the effect he might step on me or push me. I just turned away. He was apparently there with someone known as the Jersey Shore Stalker. *shrug* I know nothing about that show but she’s well known enough for a cop to stop and ask for a picture with her… I did meet a nice girl who was a big SVU fan. She helped take pictures for me.

Not much long after I started waiting, Anthony Mackie came out. I had my poster ready but he was on his phone and just ran by the poster. Denied. I figured I could just wait for him after the party which was next door at BB Kings. Sam Rockwell also ran out around this time, it was still before the show had let out. He didn’t stop either though he did say ‘hey’. (Jeremy Renner and James Badge Dale were at the event to support Rockwell)

Shortly after that, everyone else started exiting. Justin Long did stop and sign my poster! I told him I LOVED the movie and he thanked me and asked if I got Mackie who was also there. I told him he just ran by. I was happy to at least get one of the two! 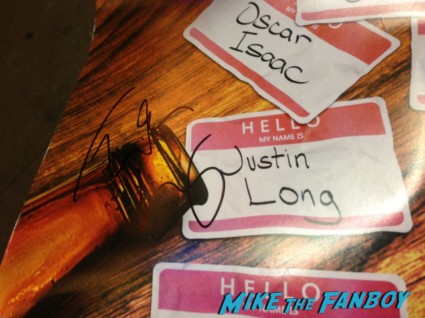 I ended up getting pictures with 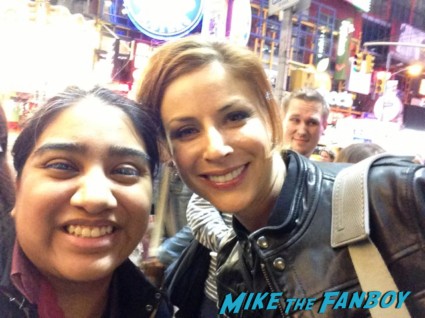 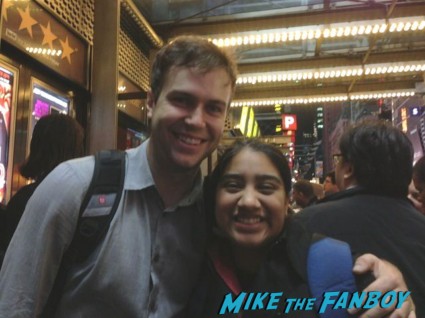 America Ferrera (whom I LOVE from Real Women Have Curves), 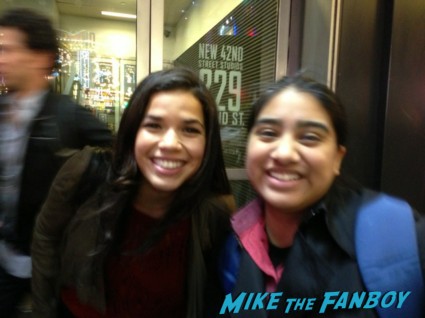 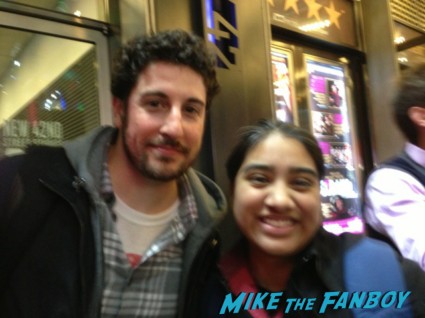 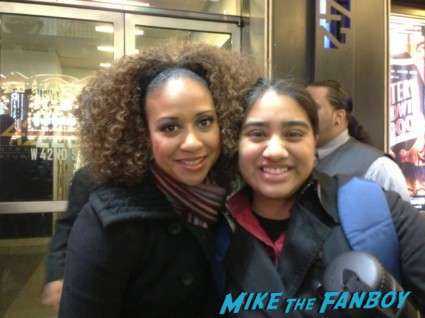 Almost everyone did stop but it was such a rush of people that those were the ones I managed to get as they passed by. So awesome.

I met up with a few others I knew and we ended up hanging out until 1AM when one of the women who worked the event came over and told us that only Mackie, Diane Neal and Tracie Thoms were left at the party. I still needed Mackie and everyone else seemed to want him too since he’s soon to be in the second Captain America film. Plus, we couldn’t tell if she was just messing with us or not. We also couldn’t figure out where the exit was that they were using. The front exit had a lot of stairs and the booze was free flowing so everyone seemed to be having trouble walking up them.

Mackie finally came out. Only to deny me flat out. I ended up being the only one to go over and he ignored me before finally looking at the poster and saying “I’m not signing tonight” and walking off. Some of the other people who were waiting started trying to follow but I went back to my spot, deflated. Still, I got Justin Long.

Thus ended my evening and I headed home.