Back in the early ’80s, I landed my teenage dream-job; working in a record store. Not just ANY record store, but Tower Records, the most venerated chain in music retail history (by my estimation, anyway). Some time in the ’70s, each store in the chain was equipped with a sign provided by the main office including the quote from Elton John, “You must understand that if it all ended tomorrow, the job I would most plug for would be to work at Tower Records.” As store display artist, I was in a unique position to participate in many record company display contests that came with prizes and sometimes cash winnings that I would split with the store manager, though we often put the money into a store fund for staff T-Shirts. After one particular grand-prize win, we used the windfall to make sweatshirts for the staff that took the store quote and reversed it to say “the job I would most plus for would be to work as Elton John.” We thought that was hilarious. 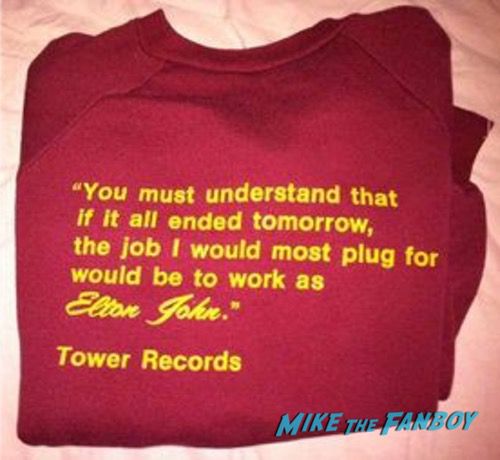 Elton was a regular patron of Tower Sunset, and on one of his visits there, he signed this copy of “Im Still Standing” which a friend got for me while I was still working at the Westwood location. 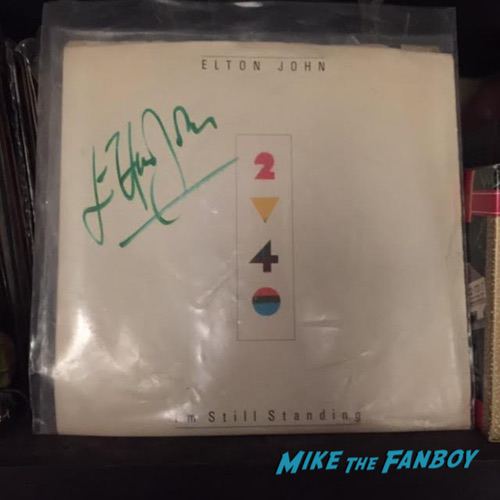 Although I didn’t get to meet Elton back then, I did get a chance a number of years later when he appeared at an event at the TV Academy that featured a panel for a show Elton had produced, I wasn’t able to get a selfie , but I did get him to sign my CD copy of “Goodbye Yellow Brick Road,” one of my all time favorite albums. 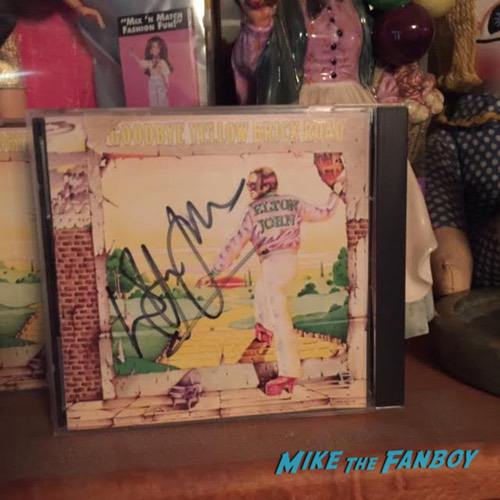