You know, there are premiere’s you have to go to even though you expect nothing. I was so lucky to get Harrison Ford last week, so I should have known that this week wouldn’t be good. LOL…

It’s the Ender’s Game premiere and I don’t even want to go. However, if Harrison Ford does sign, I have to be there. For every one time he does break down and sign there are 10 other times he doesn’t. 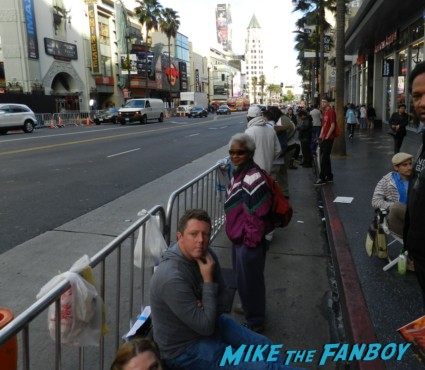 Billy Beer, Colin an Scotty are already on scene and I ran down after the work.

Shockingly there are really no fans waiting. I’m sure people probably don’t think he’ll sign, so why bother. Plus, this movie doesn’t look like it’s going to break any box office records. 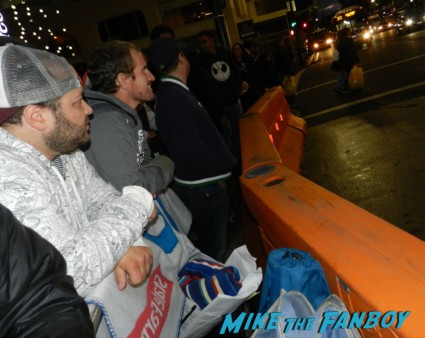 I was lucky enough to run into MTF reader Joe and also MTF columnist Jim who’s in town for a few days. NICE! It’s always great to catch up. In the course of shooting the shit… It starts to rain.. Doh! Nice… That’s always a good sign… Rain. 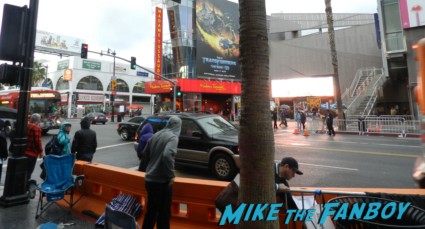 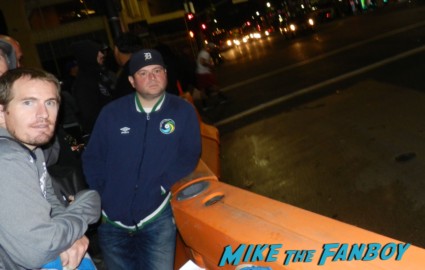 Ace did show up and he was sporting the finest in this years grey hoodies. Only the finest fall fashion choices.

There were some small people who have arrived and that’s about it.

Oh, there’s Viola Davis! She is adorable! So so so sweet. We yell for her and she comes right on over. 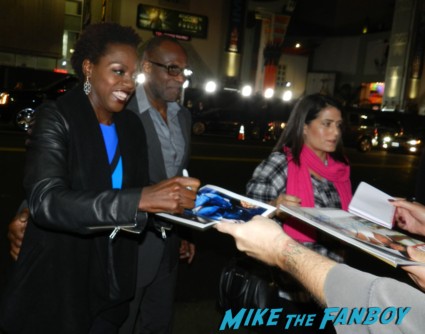 I’ll tell you, she is just the nicest person. I have a promo ad from The Help that I love, Viola Davis signs that and I also get her on the Ender’s Game poster as well. 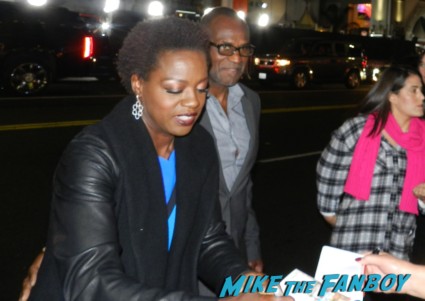 She goes all the way down the line and signs for pretty much everyone. Scotty was nice enough to get my Entertainment Weekly signed for me. 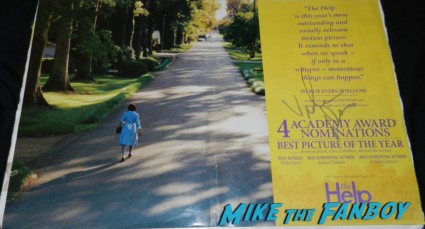 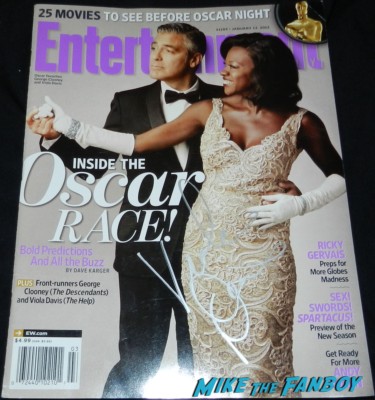 Ben Kingsley is here and he wouldn’t even turn around to look at anyone until we start chanting. He finally relents and turns and waves.. Nice… 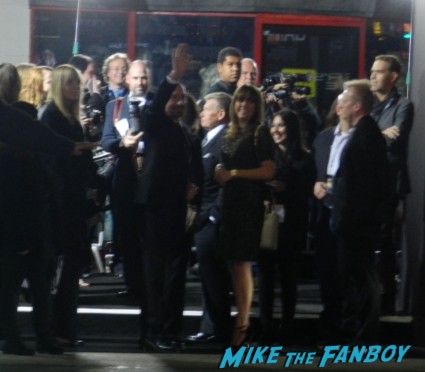 Aramis Knight is here now. He again is great and comes on down the line trying to sign for as many people as possible. He’s very kind and goes down really far. 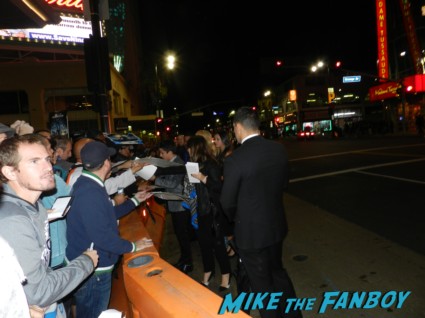 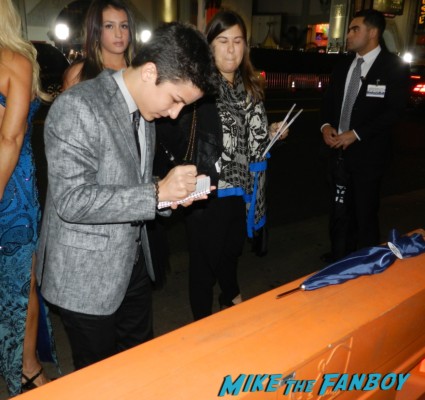 NExt arrival is Asa Butterfield. He comes right on over almost before anyone calls for him. 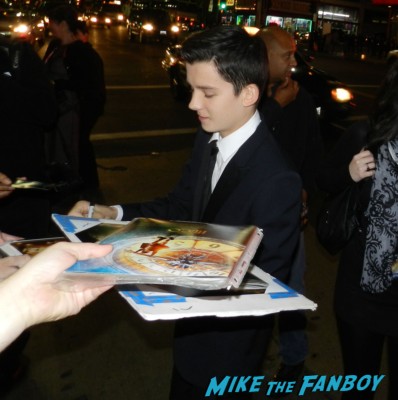 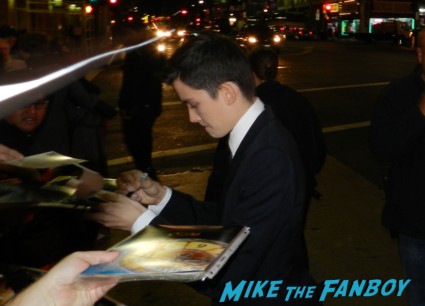 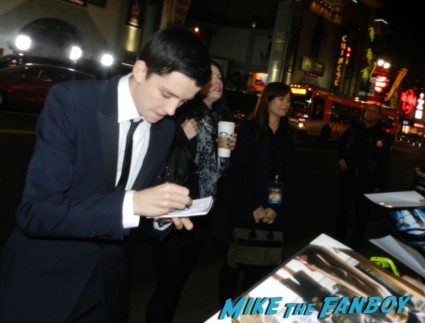 He makes his way down the line again makes it really far. Wow… It’s nice to see young stars being so cool. 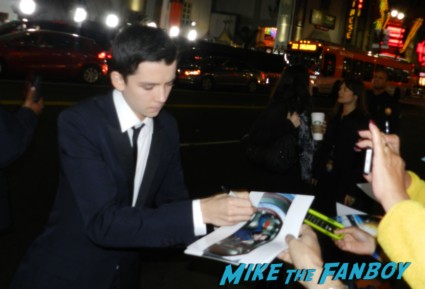 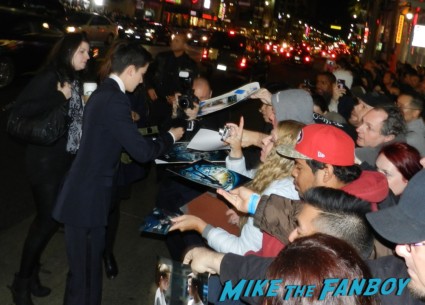 Hailee Steinfeld arrived. She comes over but is moving super slow. And at the same time Harrison Ford arrives. There’s chanting for Harrison, yelling, and did he turn or even wave? Nope? Damn… 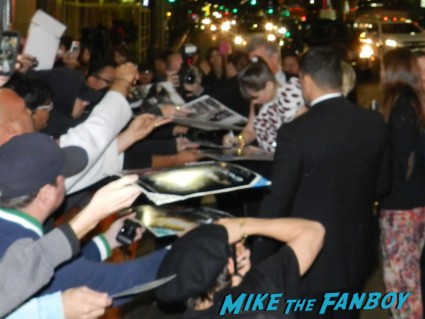 Hailee Steinfeld in the meantime signs but when she gets to me. She decides to stop. Seriously? I even talked to her publicist about my rue Grit poster. grrrrrr….

Harrison Ford is still just standing there.. Come on brother… Nope, not a wave or anything… Sigh…

and there’s Abigail Breslin. She comes over but literally she signs like 20. 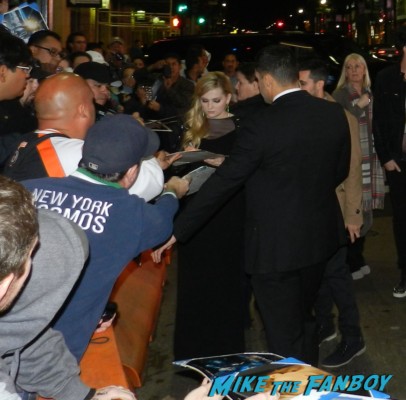 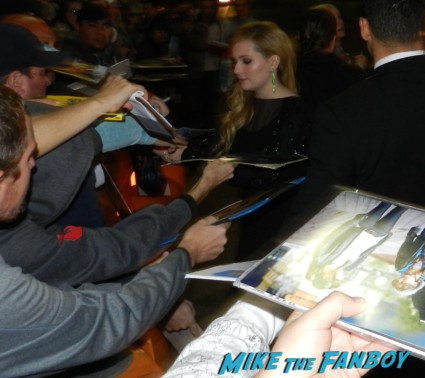 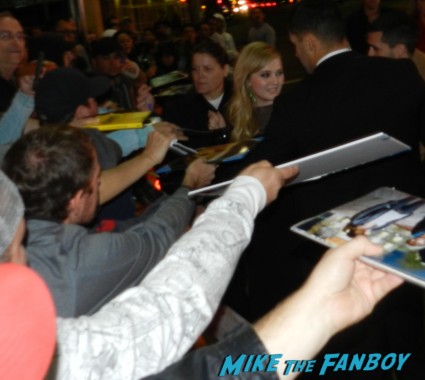 That’s it. It took her longer to cross the street than she spent signing for people. man oh man… Nice guys… Nice…

And that… As we say is that… I had a feeling that this would be a bad premiere but man…You have to try right? 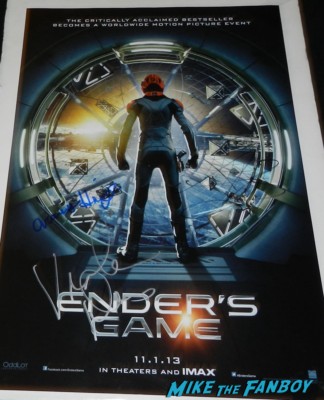