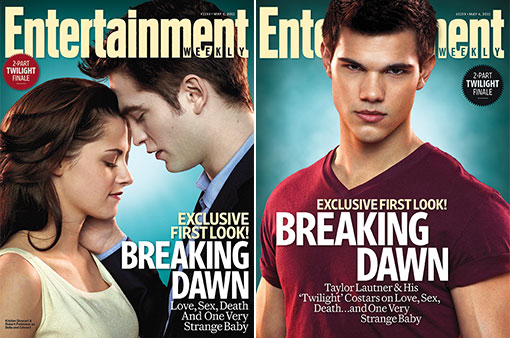 Here it comes! The onslaught of Twilightness… I know there are a lot of super fans of the Twilight series, and I will admit that Eclipse was not half bad… Really, see there… I thought New Moon was an embarrassment but you know, in this world, it’s a give and take right?

Now, Entertainment Weekly has released their two covers for the Twilight series, one with Jacob Mr. Taylor Lautner who keeps his shirt on! WHAT! Crazy! And the other featuring Kristen Stewart and Rob Pattinson!

There are a few photos from the inside pages as well, and this final chapter is supposed to be “Darker” and “More gritty.” Hmmmm grittier than say a human girl giving birth to a vampire baby? Ugh… I don’t want anything to be that gritty! 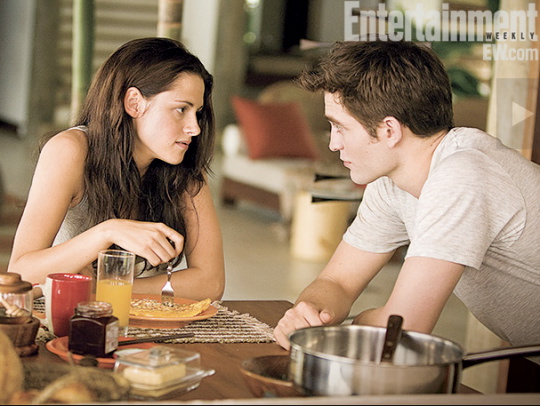 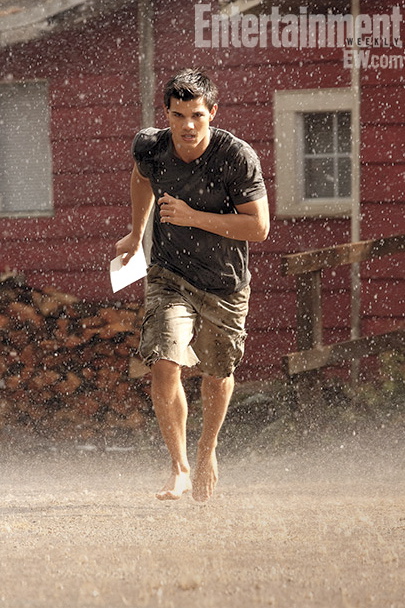 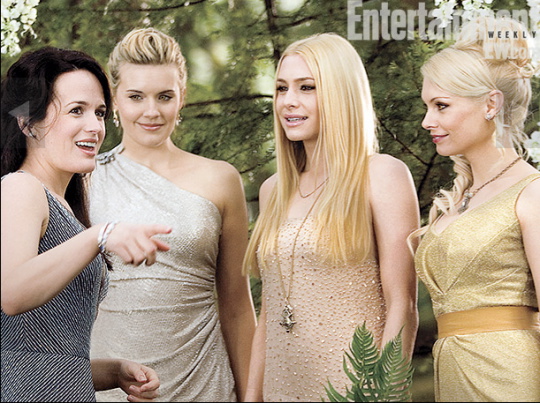