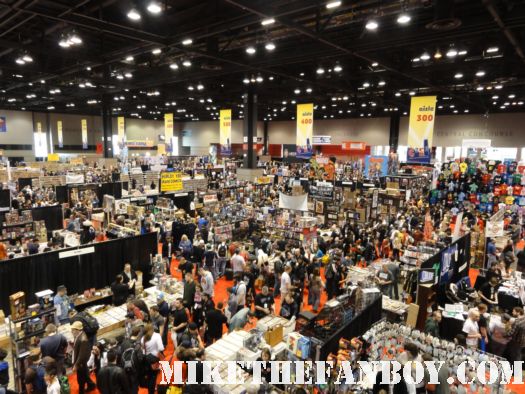 This is my final report from C2E2 in Chicago! It’s been a fun and exhausting weekend in my hometown and I still have a few stories to tell to wrap things up.

At every convention, Marvel does a huge giveaway that’s pretty frantic and chaotic. If you want to hear grown men plead and beg, just dangle a signed comic or a limited edition statue and the roar of the crowd is pretty deafening! Of course the women (and a few men) went nuts when they asked who wanted “to take Chris Hemsworth home tonight?” 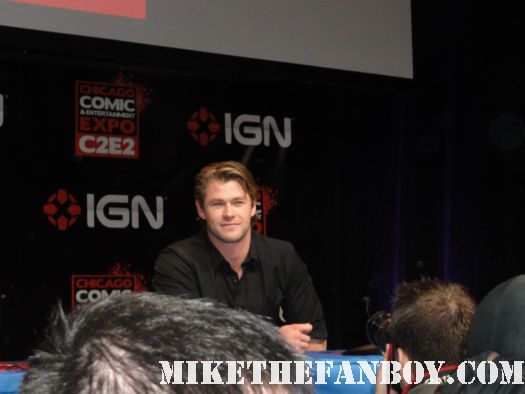 But we didn’t walk away completely empty-handed since they had a ton of Thor and Captain America one-sheet posters so almost everyone walked away with something. Yeah! 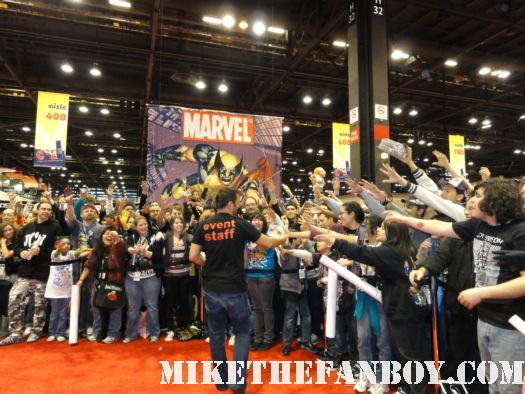 I capped off Saturday night with a visit to the “Avengers Mansion” which had the only public showing of the amazing New Avengers covers that will be auctioned off for the Hero Initiative charity. 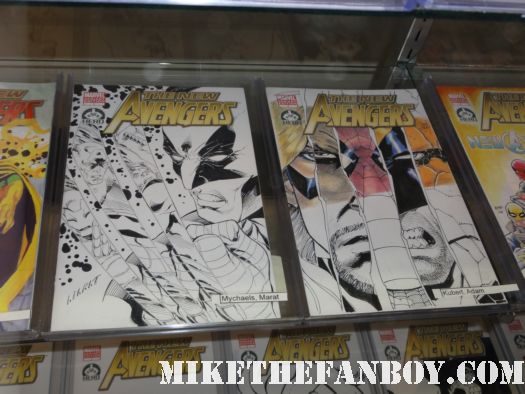 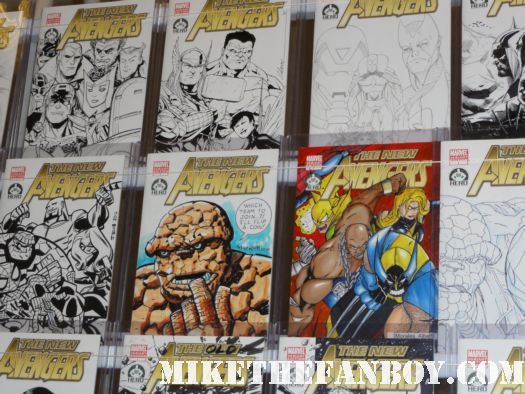 For more information on the eBay auction or on the book, check out:
http://www.heroinitiative.org/NewsDetail.asp?NewsId=247

Whew! And that was how Saturday ended!

Sunday is usually a slower day and it’s kids day so there are tons of people running around who are actually shorter than I am!

Although the panels were on Saturday, there was still a lot of star power hanging around including Eliza Dushku (Buffy, Angel, Tru Calling & Dollhouse)… 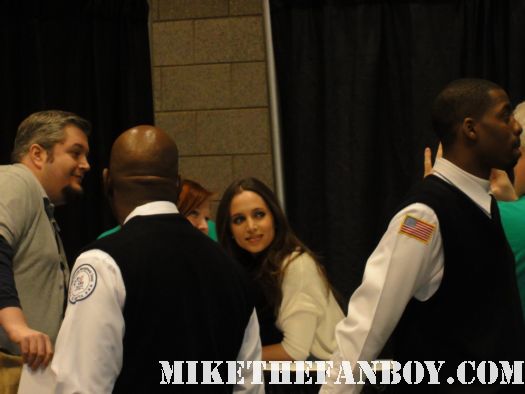 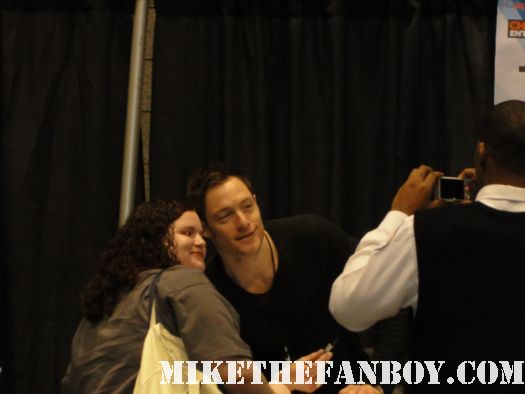 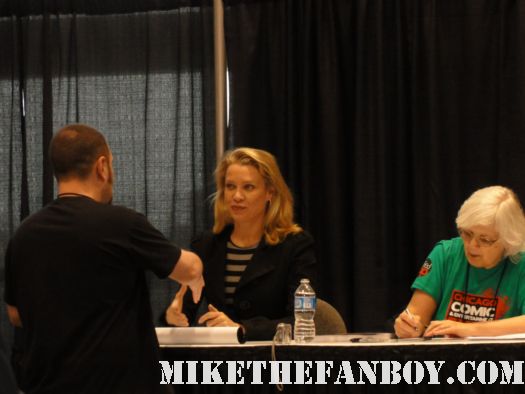 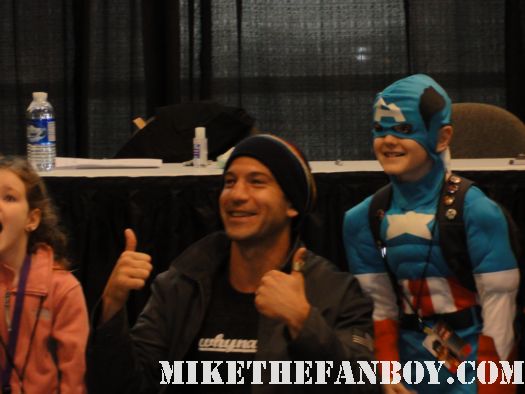 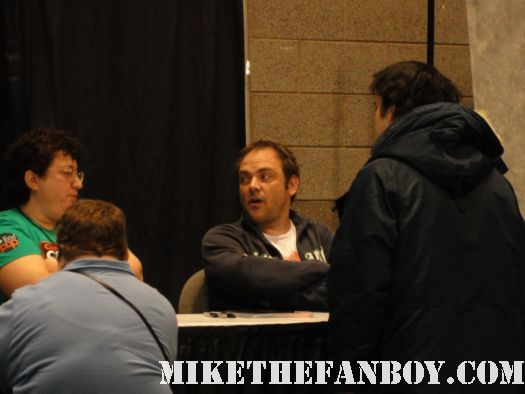 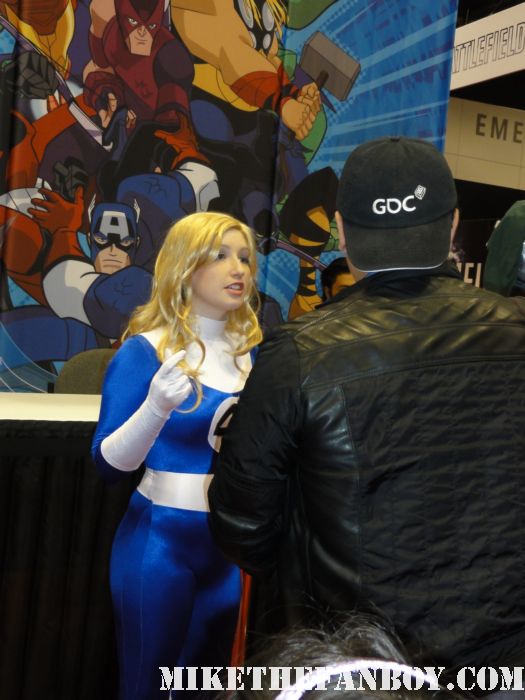 …and Godzilla who really should leave Japan alone for a while… 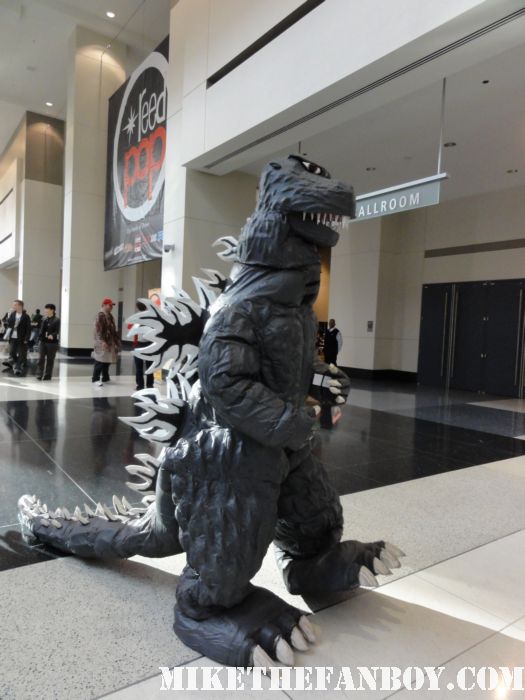 …and a battle-ready Dalak from Doctor Who. 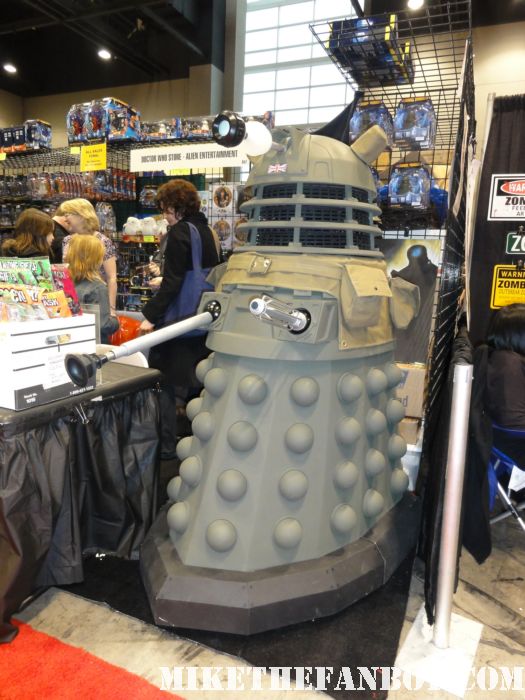 There were also random movie props from Gremlins… 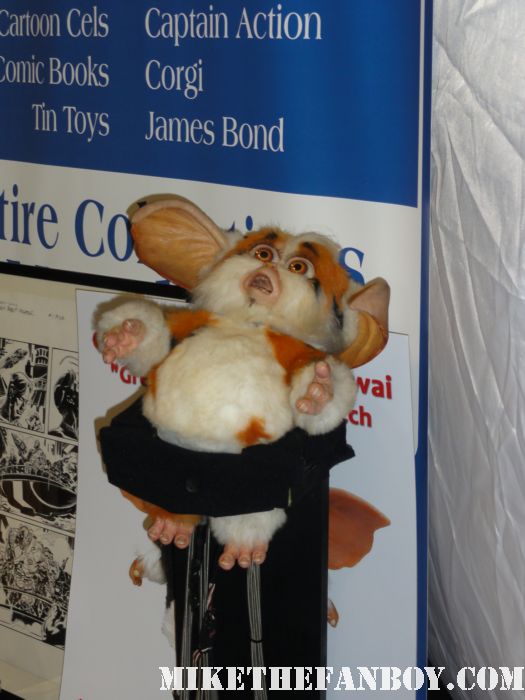 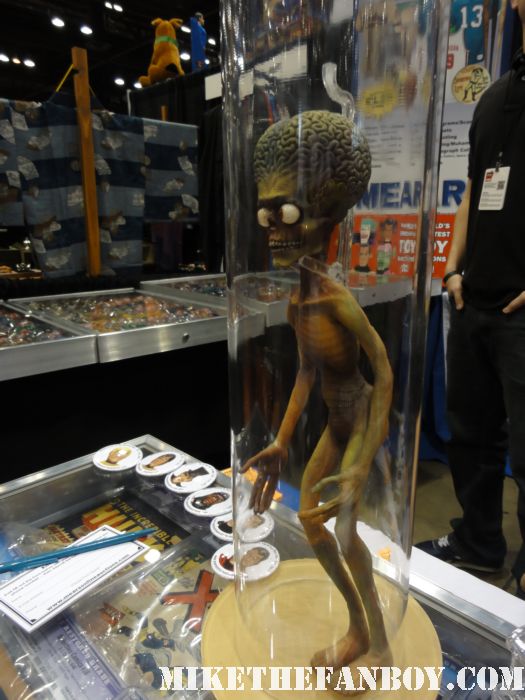 Overall, this has been a really fun convention with a lot of variety. All the movie and TV programming was packed so tightly on Saturday I couldn’t get to everything, but here’s the promised footage and a bonus!

Here’s the promised video from the Thor panel so you can see Chris Hemsworth in all his god-like glory as he talks about Thor, Joss Whedon, Cabin in the Woods, Red Dawn and JJ Abram’s Star Trek:

Enjoy the banter and fun of the True Blood panel (Sam Trammell, KristinBauer and Brit Morgan) with the cast’s thoughts on whether or not Tara and Sam will hook up (again!) and if the Vampire King of Mississippi will:

And, even though I missed the panel, here’s a clip to celebrate Chuck! C2E2 had a Rockband stage which reminded me of San Diego Comic Con 2009 when cast members from Chuck decided to rock out on the Lego Rockband set in the Warner Bros. booth! No, it’s not Jeffster, but Zachery Levi, Joshua Gomez, Adam Baldwin and one lucky fan are ‘Livin’ on a Prayer’!

So thanks to all for making C2E2 a lot of fun! Look forward to seeing what next year’s edition will bring!