There’s something about Westworld, it’s just an amazing show and yes I might have been very emphatic when it came time to meet some of the cast earlier this year. Now, Billy is also a fan, and he loves Even Rachel Wood.

He headed down to see her band, Rebel and a Basket Case play last week in Los Angeles.

Welcome back to Billy Beers Bar Stool.  Today we are off to check out the band Rebel and a Basket Case.  For those of you who don’t know who they are, it’s a band fronted my Zach Villa and Evan Rachel Wood.  Now, I am a HUGE fan of Westworld, so I couldn’t resist the temptations of seeing one of the stars of the show rock out. I had check stuff out on YouTube, but wasn’t too familiar with their songs.  But what I heard I enjoyed, so instead of sitting outside waiting, I bought a ticket to go in and support the band.

I got there about 15 minutes before the set started.  Now usually when you hear of actors and actresses trying to sing, you can’t help but think it could be a disaster. Luckily this was anything but!  Evan can sing and both of them had great stage presence.  The songs were good and had an electric 80’s vibe to them. 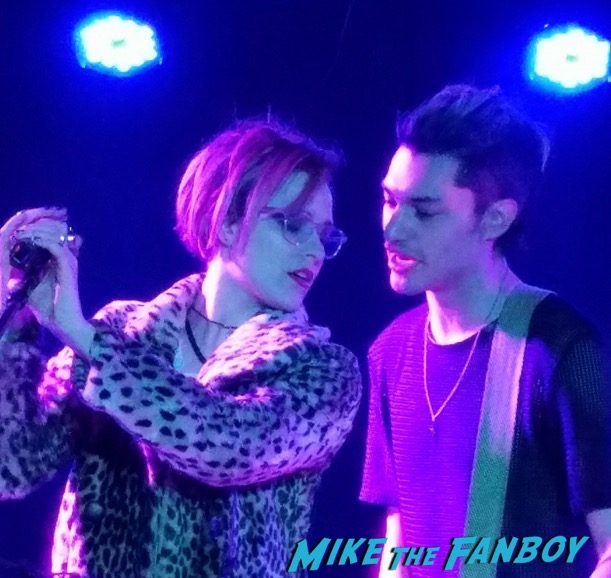 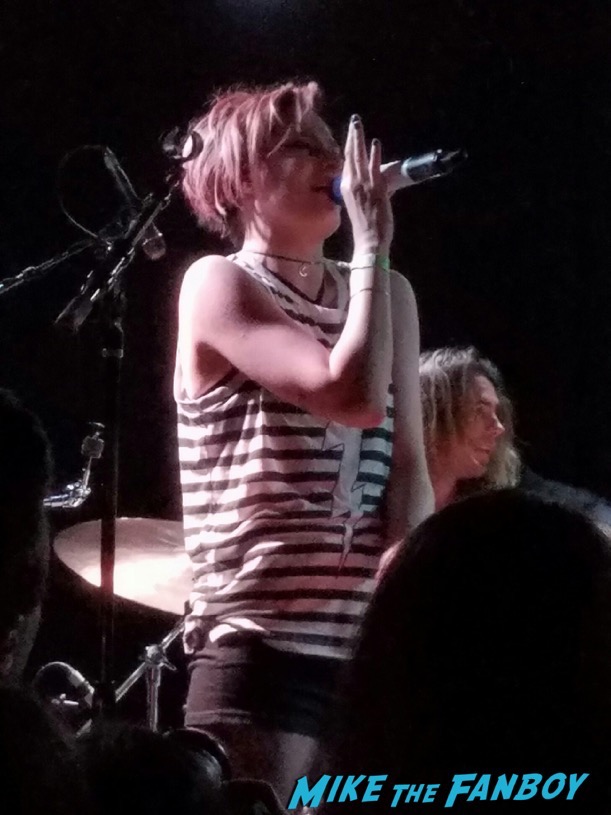 When the set was finished, I went to my car to grab a few pictures.  Now I might have over printed for the SAG awards and other events I’ve gone to in hopes of meeting her.  I didn’t want to bring out 8-10 pictures, so I picked my 3 favorites.  After wait for about 5 minutes outside all of a sudden James Marsden walks out.  I had no clue he was there even though it was a small venue.  I asked him for a picture and thanked him for signing at the SAGS.  He actually remembered me and said “Yeah, you guys were in the corner!”  (I guess our yelling made an impression or Mike throwing out an F-Bomb telling him how much he loved Westworld).  I got my picture and he was on his way. 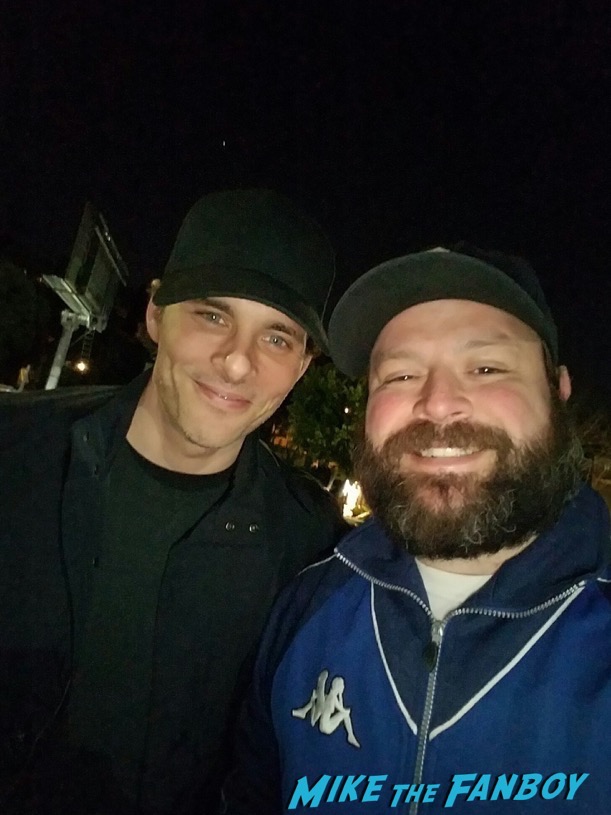 Five minutes later Evan came out with a couple of friends.  I think she was looking to just enjoy a cigarette after a killer set, but of course a few people went up to her for photos.  She was super nice thanking everyone for coming out and listening to the high praise from many of her Unicorns (name for her fans).  I waited and then when she got to me, she was happy to sign my 3 photos.  I told her my photos-op from the SAGs was really bad and wondered if we could take another.  When our photoshoot was done I went back to my car to leave. 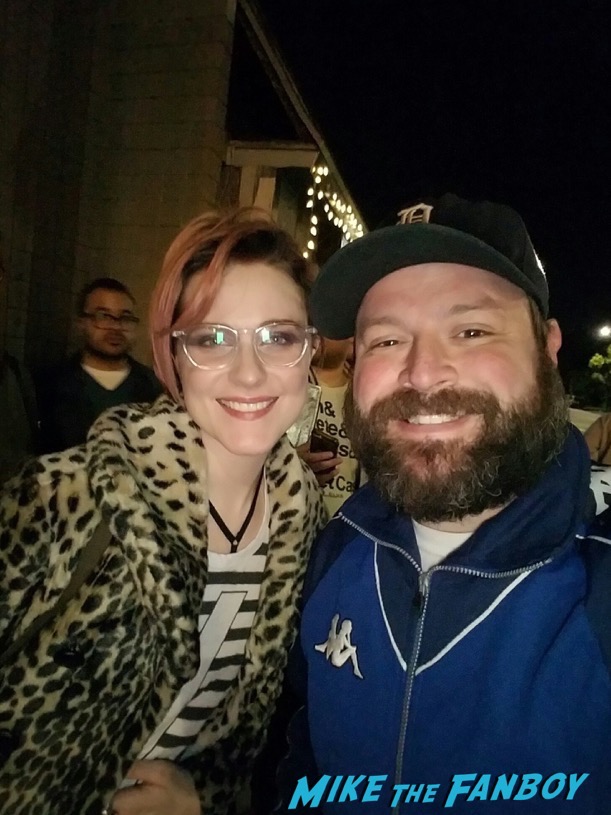 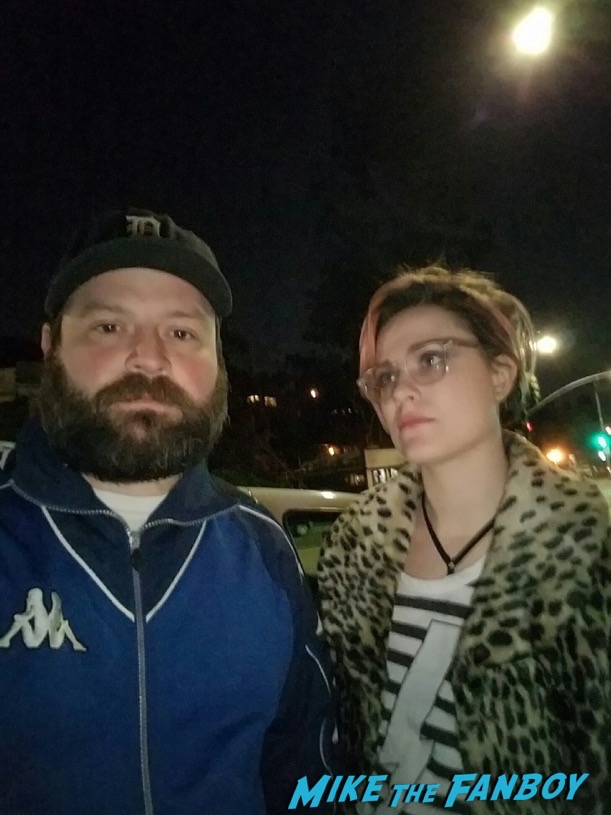 Of course when I put my pictures away, I see I forgot to grab my cast piece and bad photo-op that I had printed.  So I grab them and head back.  I showed her the Photo-op and said “See I told you it was bad!” 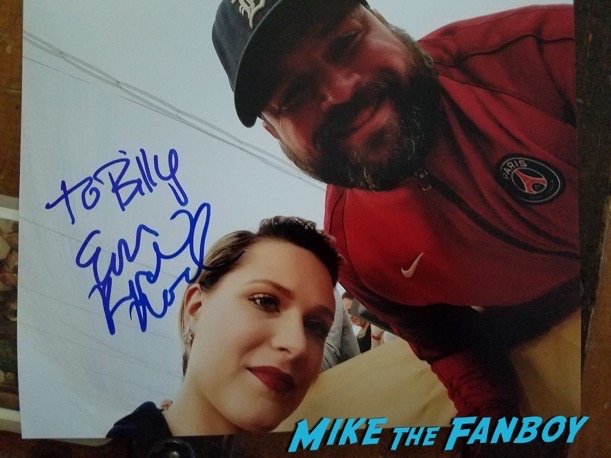 She laughed and signed it too then I asked if she could get my cast piece too which she does.  Now I think that’s enough.  She has been so nice.  If anyone ever gets a chance, check out Rebel and a Basket Case, and the go watch Westworld. 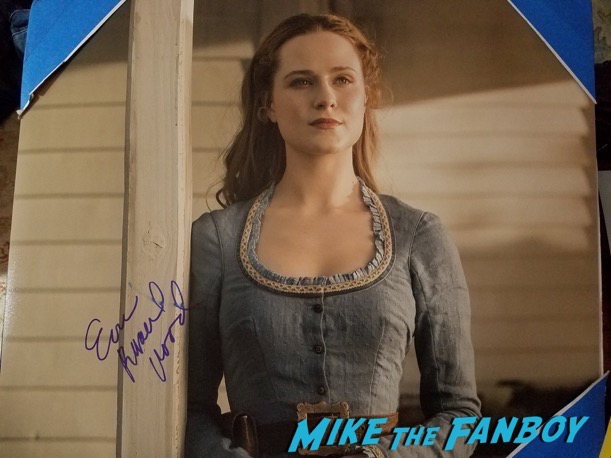 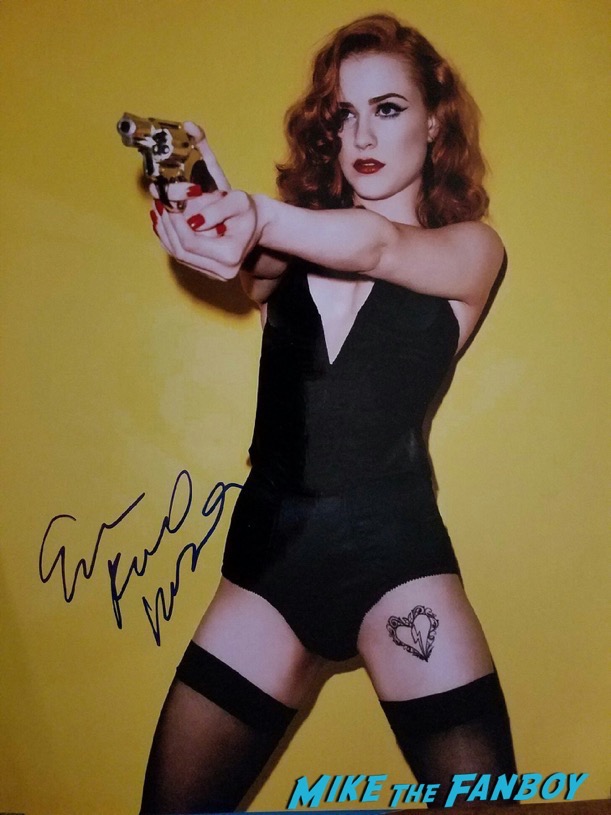 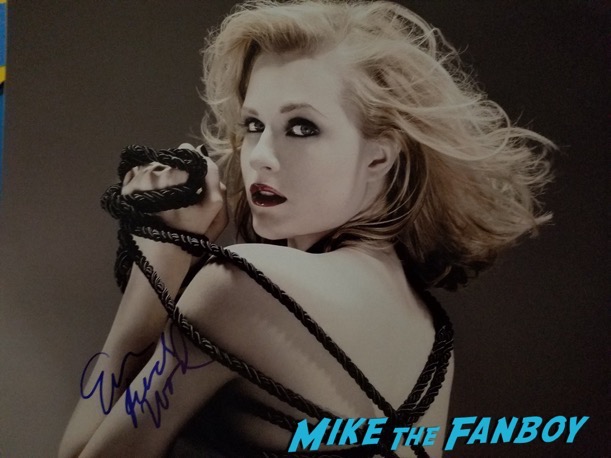 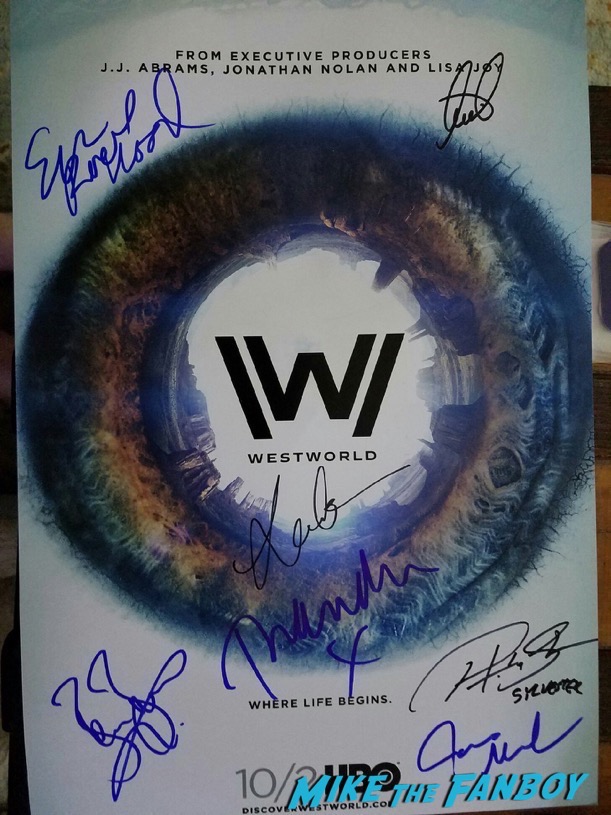