Thanksgiving is soon upon us, but that doesn’t mean we have to stay inside right?

Nope! Two people I really like were doing a talk show and I figured, I had to try right? Lost star Evangeline Lilly and Star Trek’s Chris Pine were both together and I figured… Maybe there wouldn’t be too many people there.

Wrong. When I arrived there were over 30 people. Holy crap. They did line everyone up though, which I actually like. I mean… It would have been great if there were enough barricades to hold everyone but that’s a perfect world.

When I arrived I found my spot and waited. I spotted Chris, said hello. John was here.

Then about 15 minutes later Evangeline Lilly arrived! People didn’t really yell that much, but with her new cropped haircut I’m not sure people recognized her! 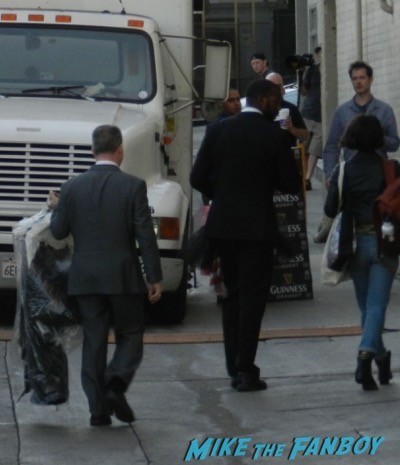 She went inside and then a few minutes later came right back out. 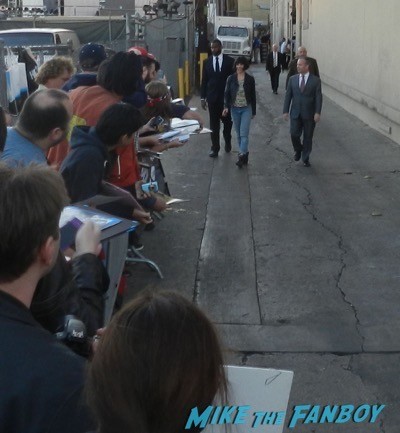 She was adorable. Starting at the front and she signed a couple things each. She was so sweet. and stopped to talk if you had something to ask or say. 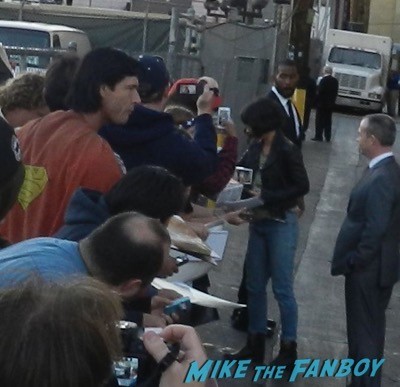 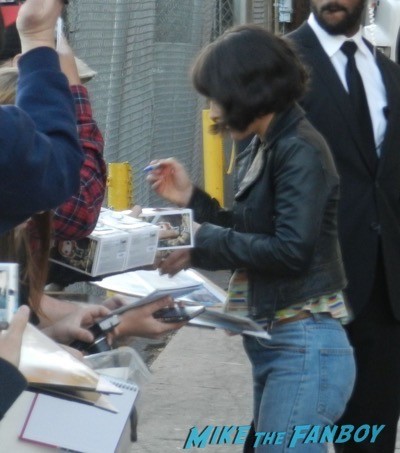 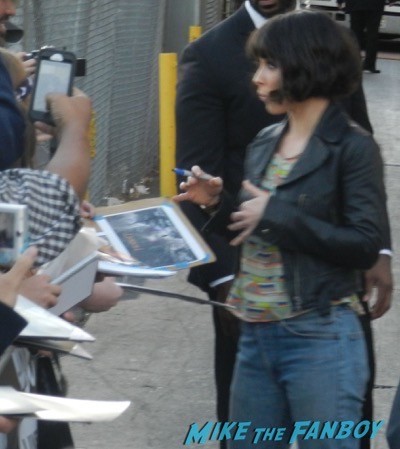 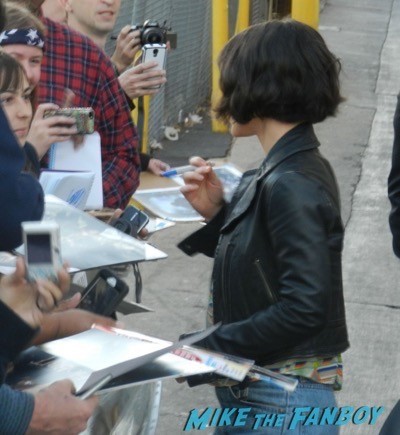 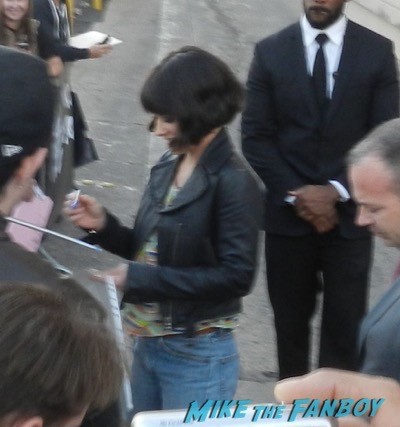 I had a couple Hobbit mini posters I wanted to get signed and when it was my turn, I may have gushed about Lost a little bit, but what’s a fanboy to go when Kate is standing right in front of you. 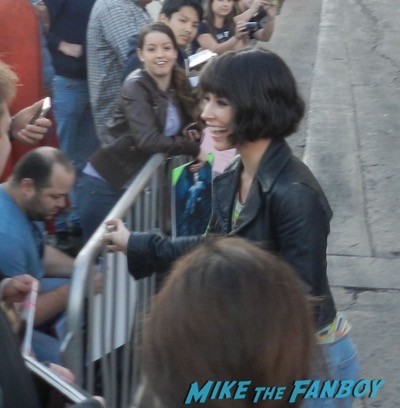 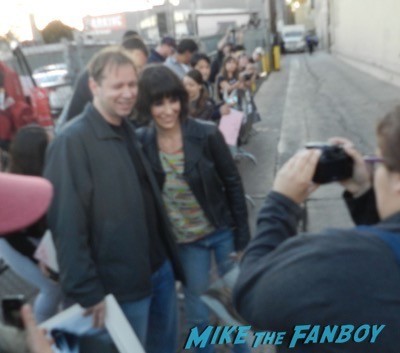 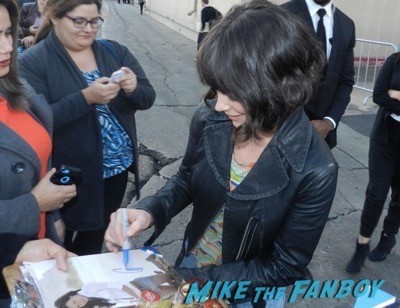 Evangeline Lilly switched to a gold pen for me, and then I got a quick pic with her as well. So cute! 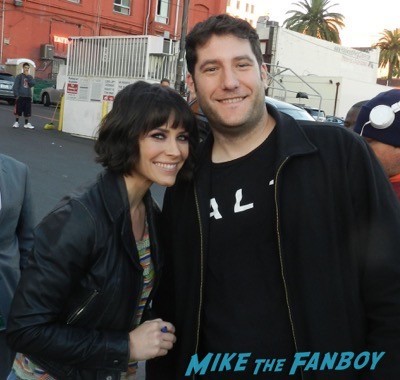 She was so nice going down to the end of the line and even taking a picture with the guy selling $1 water! 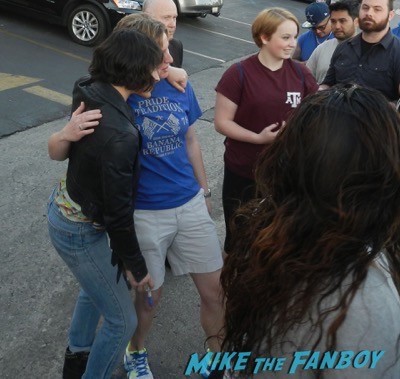 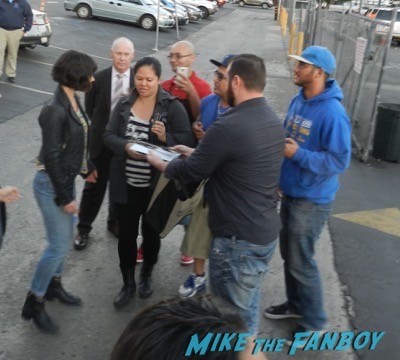 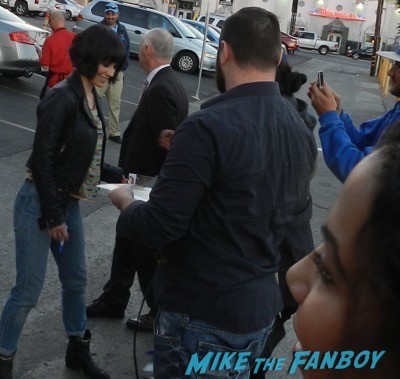 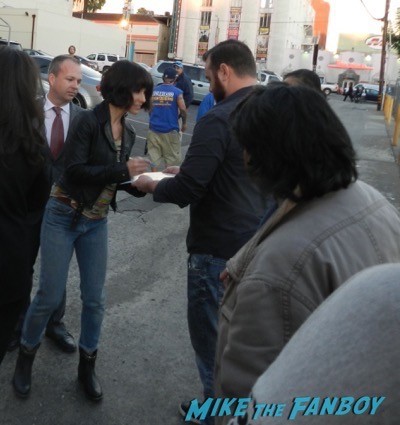 We waited, the crowd grew and we waited some more.

Then, out comes Chris Pine. He gave a little wave and took off.

BUT the car couldn’t leave because there were about 15 police cars preparing for riots apparently, so his car came back our way. I was walking back and his car literally had to drive through the crowd of fans. 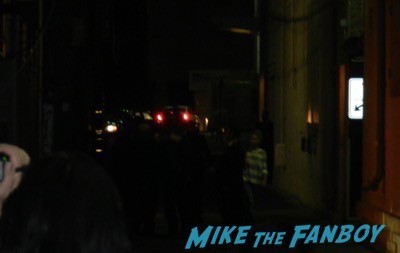 Wow… That was a fine diss right before Thanksgiving.

Regardless, I’m super stoked that Evangeline Lilly was so nice. She was awesome. 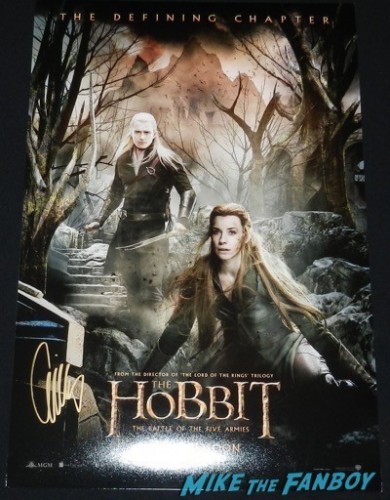 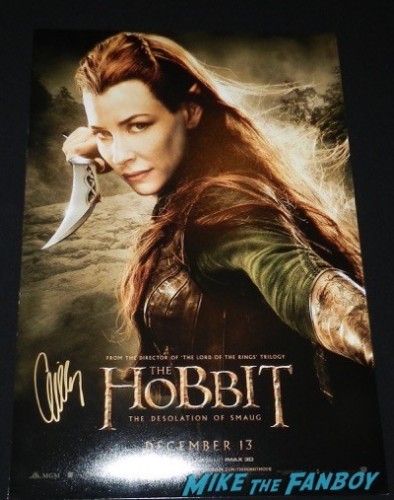