Home / Reviews / Everest 3D Blu-ray Review! How Does This Real Life Harrowing Tale Hold Up On The Small Screen?

There’s a certain formula to bringing a compelling “true story” to life on film. There has to be a compelling narrative, action, suspense and characters you care about. The cliche, “truth is stranger than fiction” is accurate for a variety of reasons, but none more so than the doomed expedition to scale Mount Everest as portrayed in the film Everest. It’s a harrowing tale that transcends the cliche and brings the gut wrenching journey to life. 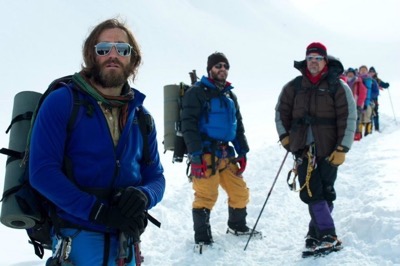 In Everest, out not on Blu-ray and 3D, a group of amateur climbers are led up the famed mountain by Rob Hall (Jason Clarke) from Adventure Consultants, a firm that guided people up the mountain and allowed “average” people to do the seemingly impossible… Climb Mount Everest. The group included Scott Fischer (Jake Gyllenhaal) and Guy Cotter (Sam Worthington) who were from a competing firm as well as a journalist (Michael Kelly), a doctor (Josh Brolin), a postal worker (John Hawkes) and a Japanese adventure seeker (Naoko Mori).

The group was successful in climbing the mountain, facing harsh conditions and dense terrain. As the group begins their descent down the mountain a massive rolling storm hits, a storm so big that it could kill the most seasoned climber. 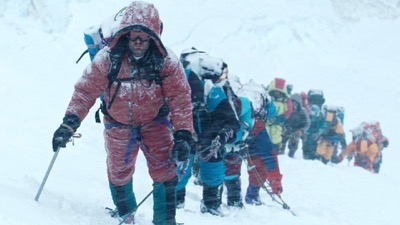 In easily one of 2015’s best films, it’s not the journey that’s so compelling rather the motivations behind the journey. The film Everest brings the characters to life in unique and fascinating ways. It’s an action film but also a psychological exploration of each character up and through the point of their doomed expedition.

It’s man vs. nature and the test of human will to survive. Each character has to struggle with why they ended up on this journey and how they can make it through, against all odds. Mother nature will ultimately decide each character’s fate but the power of human will and vigilance is deeply explored and I was completely sucked into the story. Each character and element is brought to life, the freezing cold, the frostbite, and more importantly man’s innate nature to prove his or her own worth. 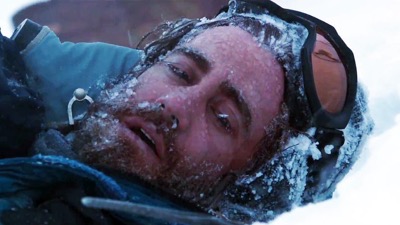 Technically speaking, the film is flawless. Director Baltasar Kormákur, who I’ve enjoyed watching grow as a filmmaker with 2 Guns and Contraband, here ups his game tenfold. He tells the story straightforward, allowing the mountain to almost become it’s own character, a force to be reckoned with and an obstacle to overcome. He deftly balances the climbers journey with the fear and frustration at basecamp and gets such raw and primal performances from the actors involved.

In particular Josh Brolin is wonderful as the doctor from Texas. Jake Gyllenhaal delivers another impressive performance just like he did in Southpaw, and the interesting thing about the film is that everyone involved brought their A-game. They were an ensemble all working together, which made the film all the more real and powerful. 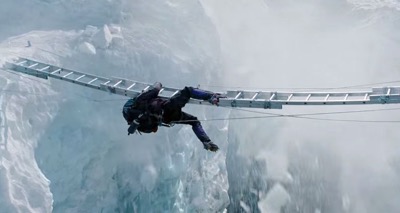 Everest comes to Blu-ray in a wonderful transfer. Watching in high definition you can see the colors pop off the screen, the white was frigid which made the brighter colors from the tents and parkas of the hikers stand out in contrast. The fine details are crystal clear, and the black hues really add so much to the film itself.

I was able to watch the film in 3D as well. For a home 3D viewing experience, Everest really shines. I was sucked into the action even more so. It wasn’t 3D for the “in-your-face” pop our moments, it was there to enhance the movie, making the background even more picturesque. The 3D, make the mountain even more of a character than it would have normally, you really felt like you were there with the group of climbers and battling the rough terrain and harsh conditions right with them. 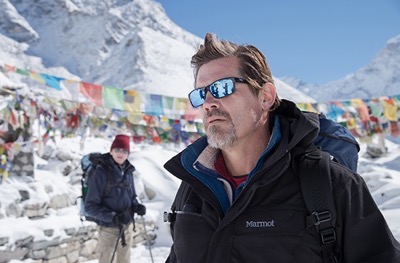 Everest arrives on Blu-ray with a variety of bonus features. There is a Making of Everest featurette that talks about how important the story is and why it needs to be told. It also goes into the difficulty of making the film and the locations for the shoot itself.

There is a short documentary called, Learning to Climb where the cast talks about the physicality of working on a film like Everest.

A Mountain of Work is a five minute look at making the story as authentic as possible. The cast is joined by the families of those that were lost on the real journey. 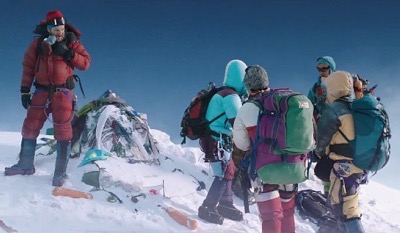 There is also a audio commentary with Director Baltasar Kormákur that’s really worth a listen. He does the standard performances, technical aspects, etc… but also shares about the real people he met that were affected by the tragedy and the real people portrayed. It was a great listen.

Overall, I know a lot of people missed Everest in the theaters, but I really wish it would have gotten more exposure especially around awards season. The performances and film were top notch. It’s a complex and emotional journey that will not leave a dry eye in the house once it’s over.

Everest is out not on Blu-ray and Blu-ray 3D now!