In case you’ve been too busy to notice it’s October which means… All Hallows Eve! Yep, scary movie time!

For this weeks Cult Classic Corner, Jack is talking about one of the most iconic horror films of all time… The Exorcist! I remember seeing this film and getting the crap scared out of me! In fact, I just caught a screening at the cemetery a few months ago and let me tell you, it still holds up!

Check out the CCC below where Jack meets Exorcist writer William Friedkin!

Many years ago, okay-40 years ago to be exact, “The Exorcist” became one of the most successful films of all time and for a long time remained the top-grossing R-rated film. Needless to say the iconic horror film continues to impress legions of fans worldwide. 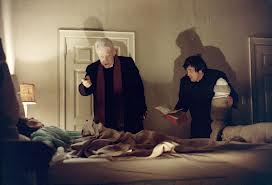 In case you’re unfamiliar with the legendary film, “The Exorcist” tells the story of an actress, whose daughter starts having weird experiences and is discovered to be possessed by a demon. The question is, can she be saved or is this child doomed? 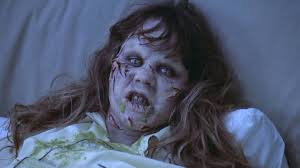 Honestly, I could probably explain the film further, but its one of those films you need to experience. “The Exorcist” stills scares the crap out of me and remains one of the staples in horror. Honestly, if you ask anyone who is a fan of the genre and they will all tell you what an amazing movie it is. The cast, directing, script and music create the perfect combo, which is one reason why this film’s legacy continues to scare horror fans every year. Congrats on 40 years!

Earlier this year, Academy award winner William Friedkin was out promoting his biography and I decided to attend one of his events, a low key signing at the amazing Dark Delicacies. If you live in the LA area, you absolutely need to check out this great store, which specializes on all things horror. 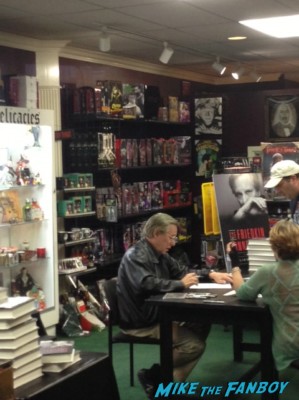 The cool thing about this event was not only was Friedkin signing additional items, but was graciously posing for pictures too! 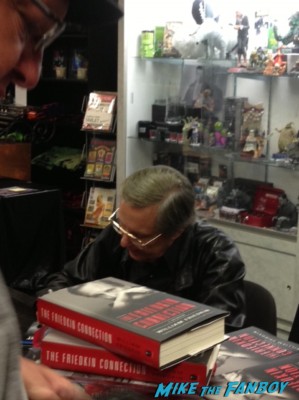 Mr. Friedkin was super awesome signing autographs and spent his time with every fan that approached him. Honestly, it’s filmmakers like this why going to the movies is so great and even cooler that they turn out so awesome! Until the next time happy autograph hunting! 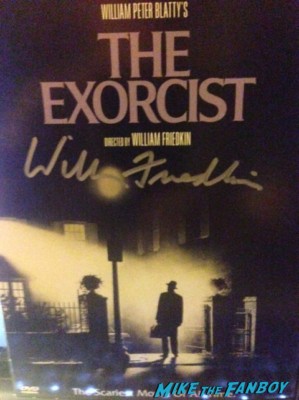