The movie Justice League was not the greatest movie to be sure but, it has those quirky moments that make you laugh. Yes, the hotness of Gal Gadot is not enough to keep me glued to the screen!!!!

When I am talking about quirky, I am talking about the fastest man alive the FLASH!!!!!! Ezra Miller was probably the funniest character in the movie because he just said random things the movie that was funny. For instance he didn’t even let Bruce Wayne finish his sentences and said I am in because I need friends or that moment when he freaked about going into action saying what do I do.

The Flash is one of my favorite characters in the DC Universe behind Wonder Woman!!!! Anyway lets get to the recap…

Ladies and gentleman, let me tell you meeting the fastest man alive was pretty spectacular like he`s so fan friendly and funny. I had the pleasure of meeting Ezra Miller when he went on tour with his band called “Sons of an Illustrious Father” Anyway they made a stop in my city and Ezra was sooooo cool and accommodating to sign everything and take pictures with us. My goal is to hopefully meet the whole cast of Justice League eventually!!! And I really hope they come out with a Flash movie!!!! Until next time stay warm and dry in this California wet weather! 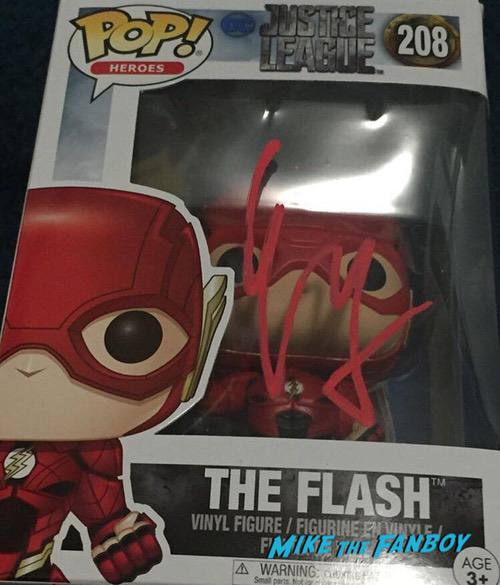