It’s no secret to anyone who knows me IRL that I’’m a huge fan of all things all things Rocky Horror. I can say with no Irony that I saw the movie before it was labeled a “cult film” and I probably went to see it in costume when you (yes, you!) were still in diapers.

These days, Halloween is a high holiday in the Rocky Horror community, which is no different that it was after the film started becoming a happening destination in the late ‘70s. Forever-ago, on Halloween of 1979, I got my fangirl freak on. and entered a costume contest at the Tiffany Theatre in West Hollywood (before they tacked on the prefix “West”), and I dressed as the Usherette from the Roxy cast version of the play, which had appeared in 1974 at the Roxy Theatre, about a mile down the Sunset Strip. I got a huge ovation walking into the contest that night as they played Trixie’s version of “Science Fiction, Double Feature” as I strutted towards the stage, hurling boxes of Cracker Jack and otters candy bars into the crowd from my Usherette tray.To clarify—the cheering was most likely for the free treats I was throwing to the crowd and not so much the costume, since I didn’t win the contest. 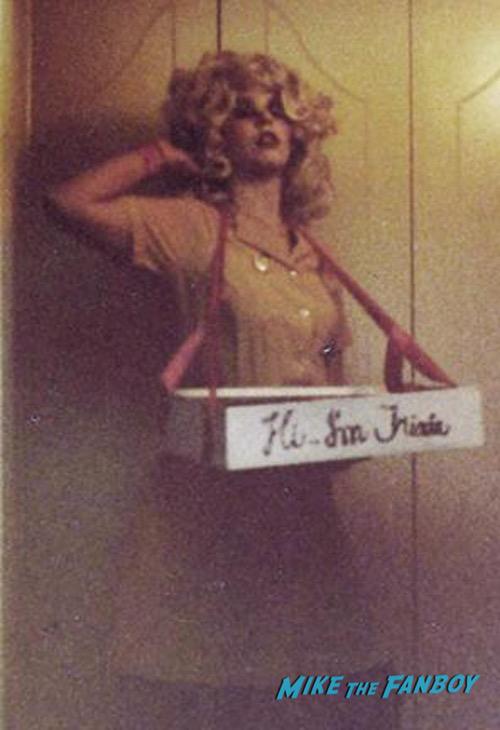 Another aside; earlier in the day, I had worn the same wig to school and dressed as Dolly Parton, which got me almost as much attention for different reasons… .but alas, I have no Dolly Parton stories to tell. 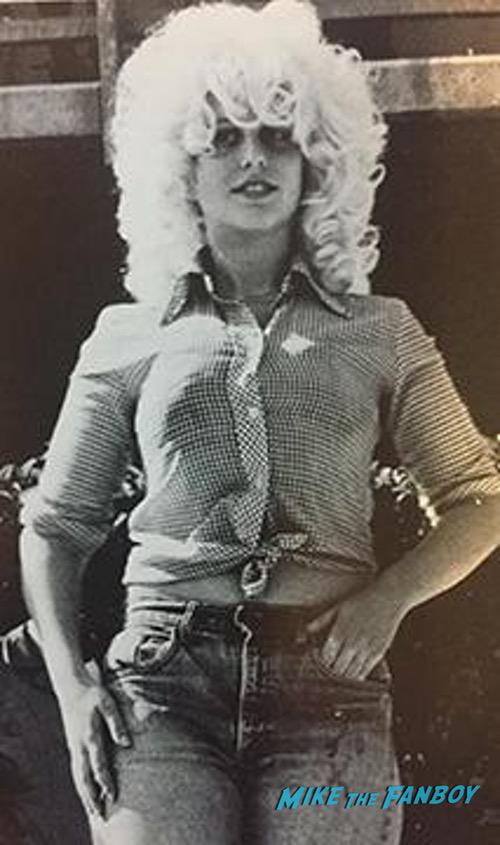 Many years later, I had more than one opportunity to meet the woman who played Trixie, the fabulous Jamie Donnelly. who also was Jan, the “brusha-brusha Pink Lady from the movie “Grease.” Most recently, I caught her performance in a night club in Hollywood where she sang with Roxy and “Picture Show” Frank N Furter, Tim Curry. Since my Rocky Horror song-book had long since fallen apart, I brought page with the lyrics to “Science Fiction, Double Feature” and a pic of her as Trixie for her to sign, which she inscribed “Trixie Loves Lisa.” 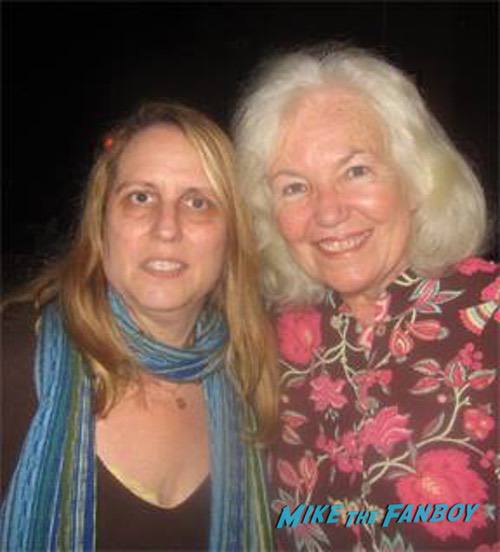 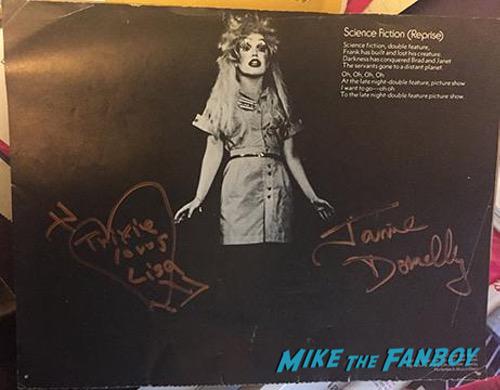