I’m going to admit something to ya’ll… I have never seen a full episode of Family Guy, or American Dad, or any of those shows. I know I know you’re like.. What! I just never got the sense of humor of Seth MacFarlane… I don’t know what it is, and generally I like absurdist comedy, like Kids in the Hall, SCTV and that kinda stuff, perhaps it’s the animation angle… I dunno, but whatever it is, I just don’t get it.

Hello, today I am writing about my experience meeting FOX cartoon golden boy Seth MacFarlane. I ‘m a fan of American Dad, and i will admit, the Cleveland Show has been getting better.  I do enjoy Family Guy once in a while. Seth was promoting his many shows on Fox and Mike was kind enough to give me two SDCC Family  Guy posters awhile back, so i took them with me in hopes of getting one signed.  I’ve never met Seth, so i did not know what to expect.

8:00: I get here and its freezing cold. About 20 people here all with stuff for Seth, ranging from toys to a board game. 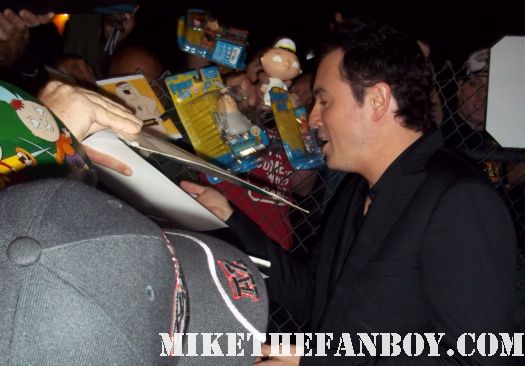 8:30: Seth leaves the studio, and we chant for him. He is carrying two bags one in each hand, and goes straight to his car. We think he’s leaving until he comes back out and comes over to us. 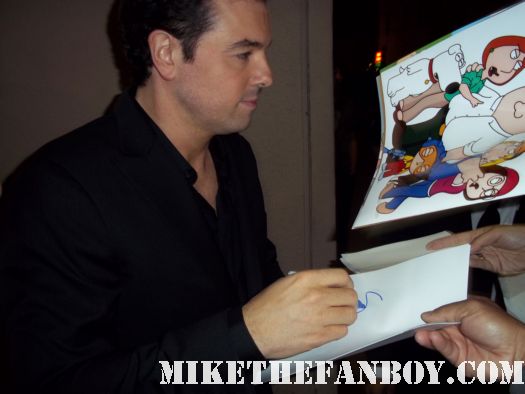 He starts signing and is signing his life away. You thought it was Mark Wahlberg for a minute. I get him on my poster and watch the chaos ensues. He’s signing everything people put in front of him. 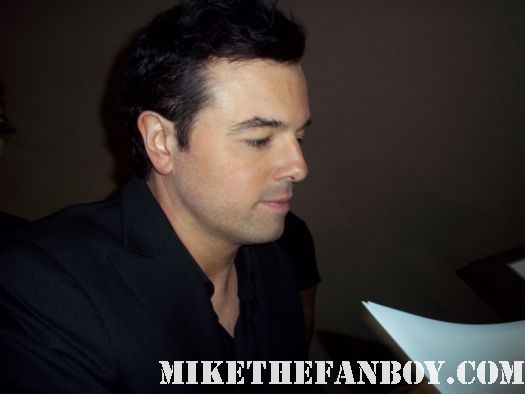 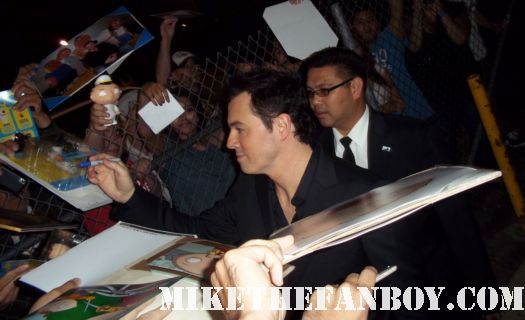 It was a great night and finally getting Seth was a great way to end the night. I’m glad he was nice to all the waiting fans. Until next time, take care everyone. 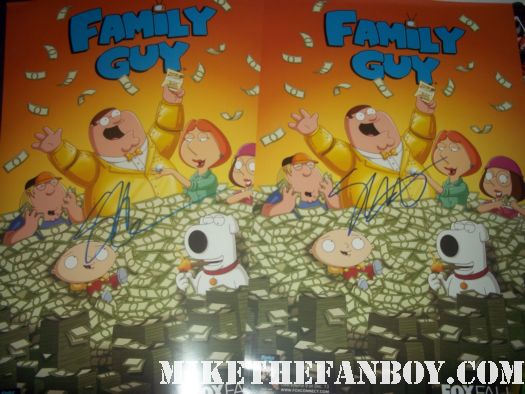