Political correctness be damned! That could be the mantra of the Family Guy writers and creators. With an incredible run under their belts the series that revels in bad taste has always been a part of pop culture while skewering it at the same time. There isn’t anything like it on television and I doubt there will be anything since. 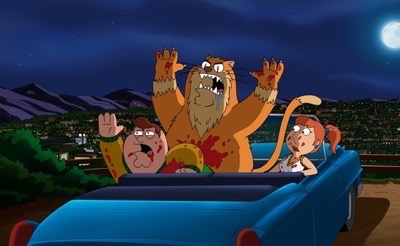 Family Guy Season Fourteen is out now on DVD and the series has not missed a beat in the almost decade and a half. While lesser shows barely can make it to season five, Family Guy has maintained a level of quality that is unheard of. 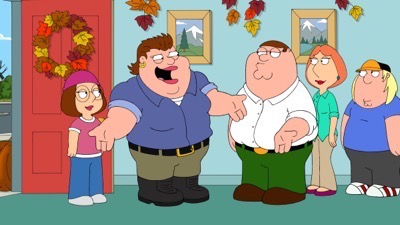 This season features the family heading to Korea after Quagmire is discovered as a Korean soap opera star. Of course there are other shenanigans like Peter getting the drinking age raised to 50 and Brian and Stewie get hooked on Adderall. 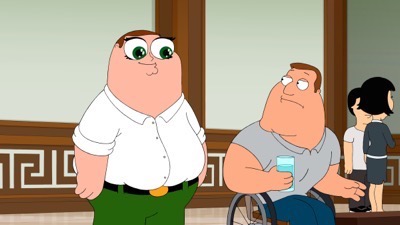 There are 20 episodes on the season Fourteen DVD and the highlights are:

Guy, Robot – Stewie builds a robot friend after getting into a fight with Brian.

Brokeback Swanson – Peter and the guys decide to run with the bulls and Joe gets injured and becomes a quadriplegic. Brian has sex with a woman who’s husband is a Navy Seal. He decides to be the family dog so he doesn’t beat him up.

The Peanut Butter Kid – The Griffin’s cash flow starts to dissipate so Peter and Lois put Stewie in a Peanut Butter Commercial to get some money and become obsessed with making Stewie a child star.

Peter’s Sister – Peter’s sister Karen comes to town. She’s a wrestler and over the Thanksgiving holiday, Peter decides to also become a female wrestler to defeat her.

Road to India – Brian and Stewie head to India because Brian falls in love with someone from tech support. They head there to search her out and Peter becomes a rock star at Bingo night. 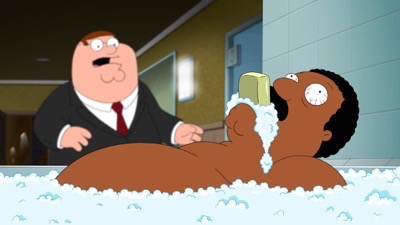 Special features available on this set include:

There is also a short featurette titled The Art of “Family Guy” as well as The full episode animatic on “A Lot Going On Upstairs.” 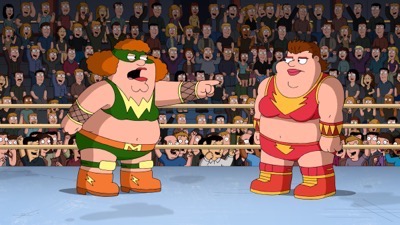 Overall, I’m amazed that Family Guy has been able to keep up the level of quality over fourteen seasons, but it certainly has. The series is as bright, sharp and cutting edge as it was when it was first launched. The series has found it’s groove and is a classic television staple!

Family Guy Season Fourteen is out now on DVD!