Home / Forever-ago Fangirl Friday / Forever Ago Fan Girl Friday! Lisa-Lisa Is a Soldier Of Love After Meeting Donny Osmond During His Comeback Tour! Autographs! And More!

I’ve always loved the Osmonds. even going back to the forever ago days of the Andy Williams Show and Wonderful World of Disney appearances, though I never had a chance to see them live in the ‘70s when I was a actual teeny bopper and member of their fan club. 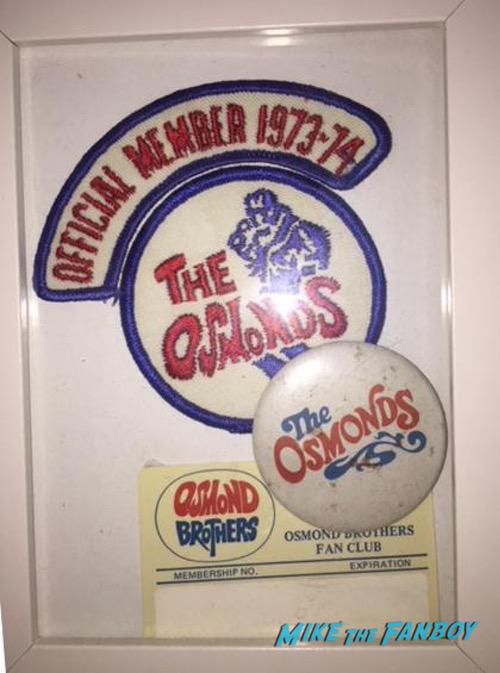 When Donny Osmond made his big comeback in 1989, I got tickets to the Soldier of Love tour at its stop at the Celebrity Theater in Anaheim in late October. My guest knew the publicist for Donny at the time, and we scored a back stage meet and greet which yielded a souvenir photo (taken by famed photographer Henry Diltz) and back stage pass. Donny also signed an 8 x 10 glossy for me as well as a copy of the CD. I still have the tour T-Shirt in my collection as well. 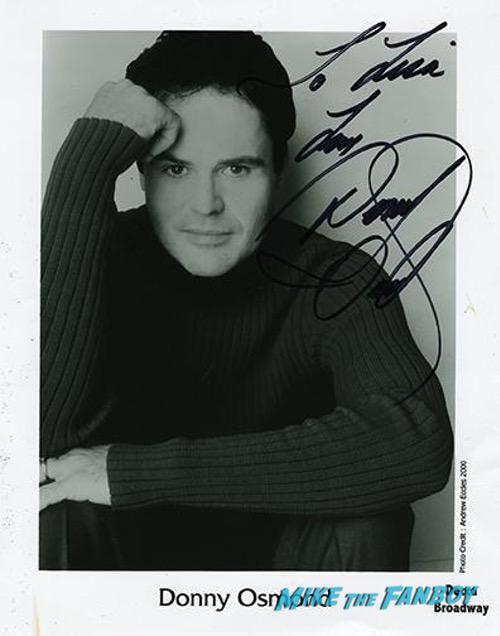 Since that show, I’ve seen many solo Donny shows (including one where I was seated next to Kristy McNichol in the front row) and full Osmond family live shows, including their special 50th Anniversary extravaganza in Las Vegas a decade ago, where I was able to get the signatures of Donny and all of his brothers — and a bonus, their father plus selfies with the two elder brothers, Virl and Tom who were never in the group as they were born deaf. Not sure why I opted to have them sign the CD of their concept album “The Plan,” but it probably was because it was in my car when I made the drive to LAs Vegas for the show, and was easy to slip in my purse before the show, not knowing that the entire family (sans Marie) would show up at the fan club after-party. 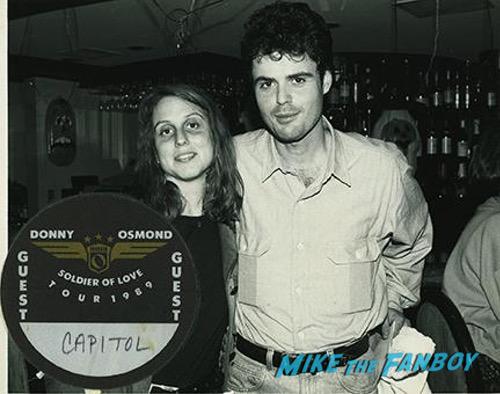