Tonight was a bunch of different events, one of them was a q and a with Al Pacino and Robert De Niro.

I mean, two legends in one place!

I didn’t have much hope, but I had to try right?

There were about 10 people who showed up, including Joe who made a cameo as he’s in town this week. It was nice to see him… Sadly, Al Pacino didn’t think the same because on the way in, nadda. Not even a look. 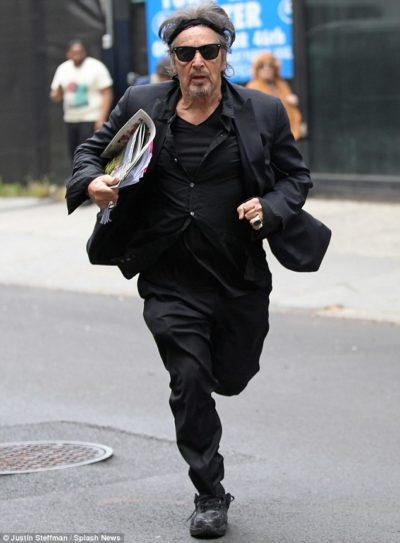 A car pulled up and the lady inside said she was with Anna Paquin. Dammit, I need Anna and he was a last minute addition.

Literally, a minute later, I was like, this is Anna Paquin… As she was getting out of the car, I said… Anna Paquin looks great in the red hair.

I mean… Really? Like… I said it three times and she was in clear Paquin-esque view…

Robert De Niro arrived and it was a hard diss.

I decided not to wait and head over to another event, I’m glad i did because I hear the exit was just as bad as the entrances… Doh!