On Any Given Friday, a celebrity can certainly make or break your evening. However, anything can happen so expect the unexpected. For the past two years I have been eagerly anticipating David Robert Mitchell’s follow up to “It Follows” and had “Under The Silver Lake” pegged as a must see movie for this year. Unfortunately, last year I missed the screening at AFI FEST and kept my eyes open for screenings as it’s been delayed several times over the past 2 years for editing purposes (Mitchell has final edit).

For those unfamiliar with the neo-noir movie, “Under The Silver Lake” stars Andrew Garfield who searches for his missing neighbor Riley Keough, who mysteriously disappears one day and the epic, exciting journey he endures trying to find the truth of what occurred. The polarizing movie meets most people’s expectations, but it’s one of those that linger long after the screening so it’s not necessarily for everyone.

About a month ago, it was announced both direct David Robert Mitchell and Andrew Garfield would be doing a few Q&A’s for the movie. Regardless of what happened I knew it would be foolish to squander the opportunity. Unlike most times I opted to attend the Friday screening instead of my usual Saturday preference, but maybe I should I have stuck with my gut. As time approached, additional screenings were added and Andrew Garfield did another, unrelated public appearance with “The Social Network” at another venue earlier in the week. For the past six months, Garfield has been resting in Europe after an extensive stay performing with “Angels in America” on Broadway so it’s been awhile since his last West Coast appearance.

Before the screening my buddy and I decided to grab a quick bite to eat at a nearby restaurant from the venue. Although it was packed we managed to find a spot at the bar. We’re joking about life when I notice Skylar Astin (“Pitch Perfect”) sitting at a nearby table with two women the day after his divorce to Anna Camp was announced. Despite my nudging, my buddy argues it’s not him (Turns out it was as he posted a picture on Instagram later that day) and we get ready for the screening.

We settle up our bill and manage to see Felicity Shagwell…I mean Heather Graham at the movie theater. Both my buddy and I see her at two different times before the screening, but we don’t say anything since she is incognito/going unnoticed. It’s always awkward saying hi to someone discreetly when they’re completely surrounded and are maintaining a low profile. At the time, we took that as a good omen.

Now I mentioned earlier “Under The Silver Lake” is a polarizing movie and you could definitely feel the vibe in the theater. However, everyone in our area absolutely loved it and it was an awesome experience. Both Garfield and Mitchell were introduced. 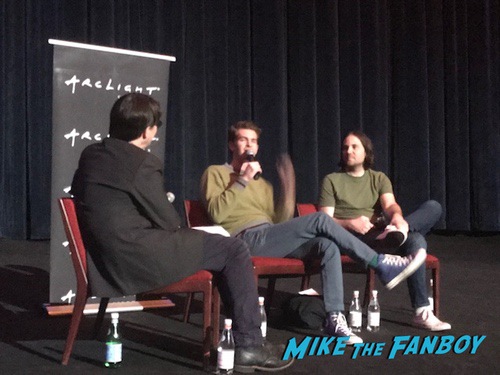 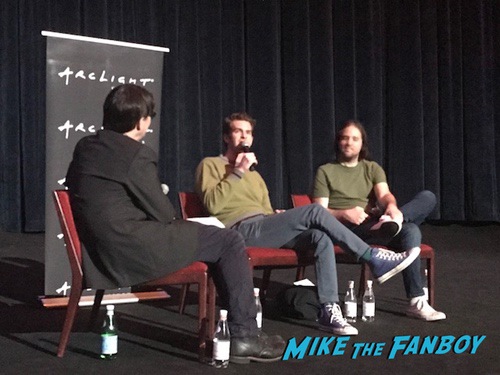 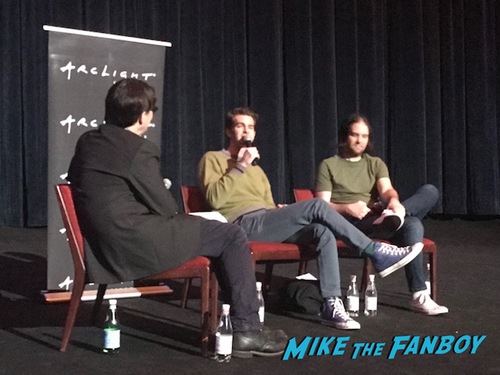 It was a very fun Q&A and afterwards we were instructed to hangout in our seats. 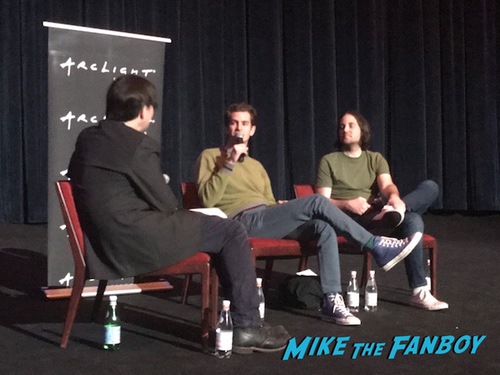 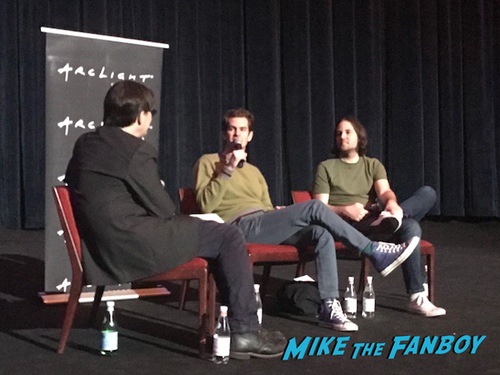 Some people tried to approach Garfield nonetheless, but he sprinted out of there quicker than saying “The Oscar goes to….” It was pretty ridiculous. There was a guy sitting close to me who had an amazing “It Follows” poster (possible litho) who approached David Robert Mitchell and got him to sign it. However, either his handler or non-uniformed security was adamant Mitchell was in a rush. I did manage to get my copy of “It Follows” signed, but didn’t even have an opportunity to talk about his feature film debut “The Myth of the American Sleepover” or the movie before his handler pulled him out. My buddy, who knows one of his collaborators was able to grab his attention for a few seconds walking & talking, but Mitchell was whisked away despite him having a conversation.

I had a gut feeling Garfield wouldn’t sign as he is inconsistent and managed to get him during “The Social Network” campaign trail years ago. To me he almost did his interpretation of a Keira Knightley sprint avoiding fans. While exiting and outside the venue, I could see 20+ people hovering around a vehicle armed with mostly “Spiderman” memorabilia and possibly swarmed him upon his arrival. The tacky thing was a few people literally had price tags on some of their items as though they “literally just bought them”- one guy had an Amoeba sticker on his DVD! From what I could see people sprinted alongside him and were trying every which way to get his attention-didn’t see anything. Ironically enough I later saw David Robert Mitchell in a different part of the theater hanging out when we went to validate our parking and visit the restroom.

Now it’s fine if someone doesn’t want to interact with fans or sign as no entertainer is obligated, but what cracks me up is when they hangout elsewhere and anyone could approach them. Sometimes security gets too crazy and considering what I’ve witnessed over the years, I can understand why, but when people are civil why overact? The same thing with handlers ushering out their clients when interacting with fans, but that’s a discussion for another time. 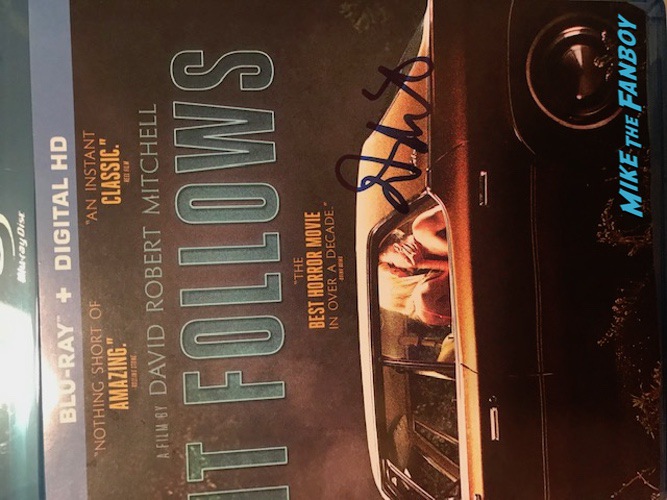