Last night, I was invited to a q and a for the new Showtime series Patrick Melrose. It stars Doctor Strange himself, Benedict Cumberbatch. Now Benedict, isn’t the nicest guy ever, in fact he’s not fan friendly at all.

If he does grace fans with his presence, he tends to skip 10, do a photo or sign one and then skip another 10.

Last night, he along with Backdraft’s Jennifer Jason Leigh did a panel for the new Showtime limited series.

They both were excited to be a part of the show and talked about how this was a passion project. 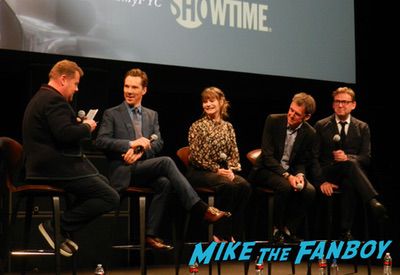 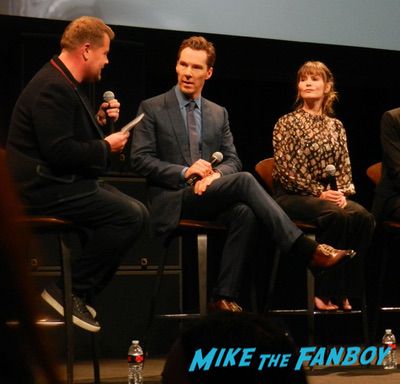 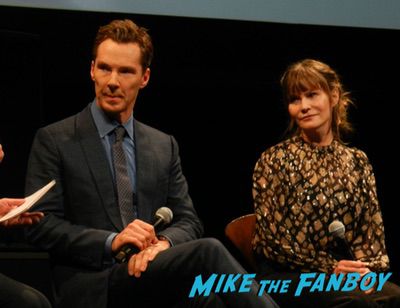 After the panel, there was a reception. At first none of the stars showed up. People dove for the tiny baby finger sized lettuce cups of salad and plastic bowls of cheesy mac and cheese they served… even though there were not any forks…

Jennifer Jason Leigh then showed up to the party and did a couple photos. Then she stopped saying she was tired but would sign.

That was cool, because I heart me some Jennifer Jason Leigh. She signed my Weeds poster and my Backdraft poster as well. 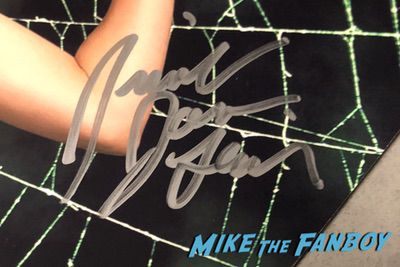 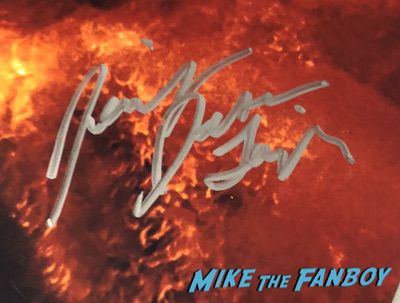 So, that was good even without the photo op.

Benedict Cumberbatch, after ignoring everyone at the stage, even one lovely young lady with a Patrick Melrose poster to get signed of all things, did show up to the party.

He literally walked the room waving at people like he was the prancing queen of England. He did a couple quick selfies, telling one woman that, “You can’t take it the photographer following me has too.” Okay….

Then he signed one woman’s program from seeing him in Hamlet and ignored everyone else.

Maybe, if you didn’t want to be there, instead of doing a lap across the party to “be seen” you should have just left.

Such a douche move.

Thankfully, I at least got my Jennifer Jason Leigh posters signed. 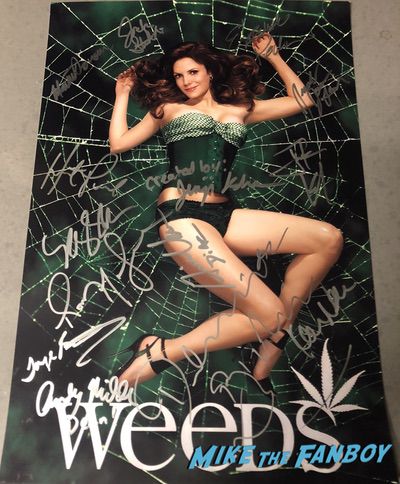 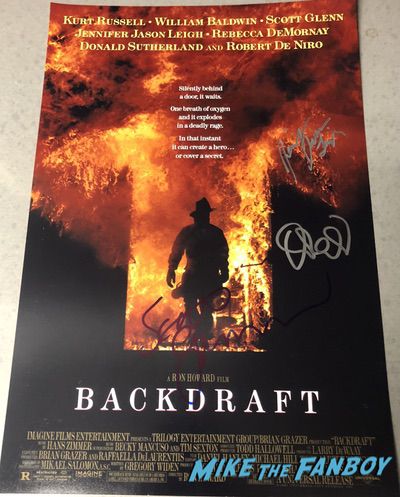