I used to love, and I do mean love Chris Hemsworth, The Man used to be so nice.

Lately, I haven’t had that much luck with him and sadly that hasn’t changed. I know Billy was able to get him to sign a post at the premiere but me? I wasn’t so lucky. And since Billy hasn’t written anything in 100 years, what can you do?

When I arrived, there were two… yes two other people waiting. Chris Hemsworth was doing a talk show taping in Los Angeles.

We waited, one other person joined in. 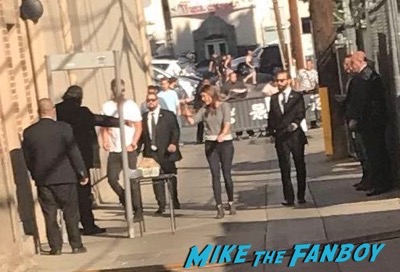 When he arrived, we didn’t even get a wave. I was like… “Wha?” There’s only like four os us here! 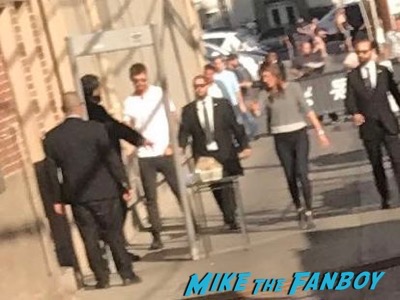 So, we waited again… Maybe on the way out?

Maybe? It was a nice day, and we had some time… sooo…

Still nothing. On the way out, they closed the giant black walls of death, which blocks off the entrance so no one can see. Sigh x2….

So, we ran over to where the car was leaving.

We saw Chris get in the car and he just drove on off wiithout even really acknowledging us.

Ah well… what can you do, one more notch in the Fanboy Fail column.