This week I went to an FYC event for Better Call Saul. The event was also open to other guilds and the public as well. I was a guest of our friend and was able to get a spot in the front row. We felt good about our chances to get a signature from Bob Odenkirk and Jonathan Banks. We were first told that Jonathan was ill and unable to attend. First fail of the night. What can you do about illness. Bummer. Hope Jonathan is feeling better since the night of the Q & A. Then the panel started which also included creator/writer Peter Gould and writer Gordon Smith. 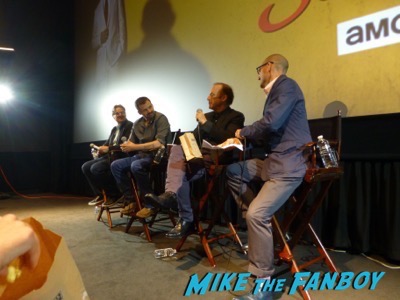 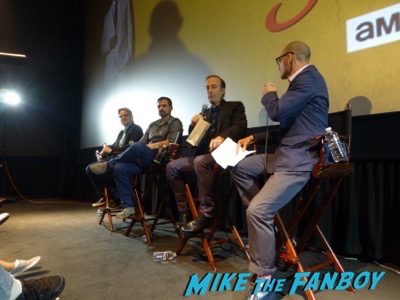 The Panel was fun and interesting. As it finished, Bob looked over as we asked him if he wouldn’t mind signing. 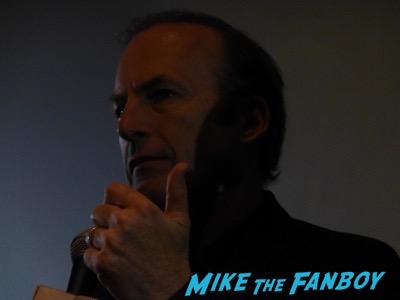 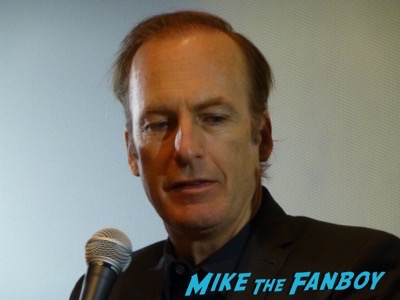 He responded that he couldn’t and ran out of the theater as fast as if his pants were on fire. I guess someone has drank the Kool-Aid and could not stop for fans or even the Emmy voters. I know people are going to say, “Maybe he had to _______.” Sorry, no. He was eating popcorn and drinking soda before the Q & A and could have stayed for a couple of minutes to sign a handful of autographs. He used to do that when he was on Breaking Bad and during the first season of Better Call Saul. Oh well, times change. Hope Bob will do it next we see him out.