This week, I headed out with my friend Lisa to the Luke Cage panel at the Netflix FYC space. Now, I was really excited because I brought my Jessica Jones Luke Cage Pop for Mike Colter. Alfre Woodard was also scheduled for the panel which was cool.

I was pretty jazzed. 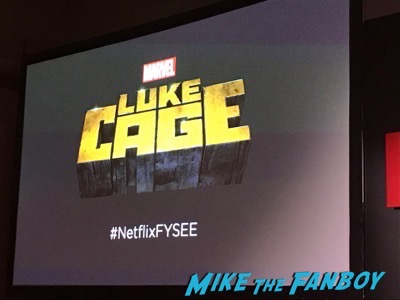 That feeling turned into a sinking feeling as soon as the panel started. They announced that there was some bad news and that Mike Colter cancelled. Doh!

That was a real bummer I have to say. 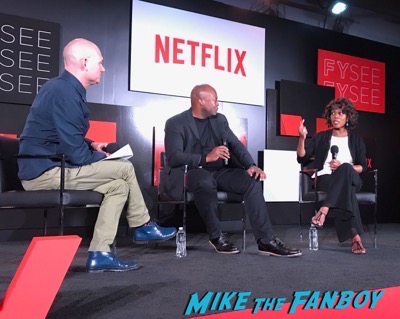 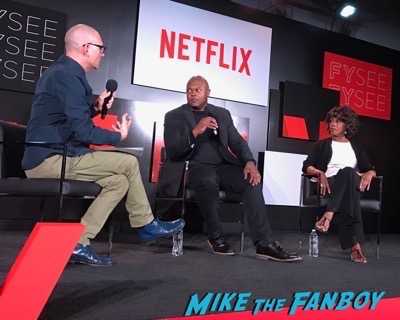 Alfre Woodard was really engaging during the panel and it was good, but I was pretty bummed that the man who has really become Luke Cage couldn’t show. 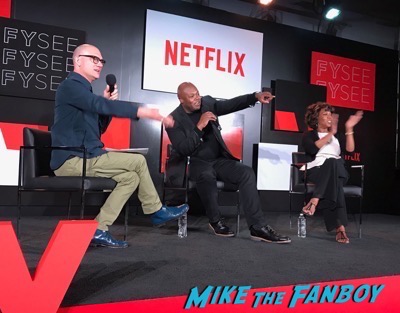 After the panel Alfre Woodard was nice enough to hang around and we got to meet her. I told her how much I enjoyed her in Desperate Housewives and she laughed. I know, season 2 wasn’t the best but I still liked it. 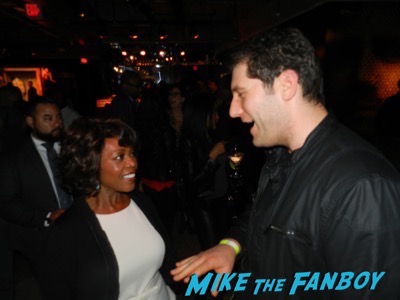 Lisa and I both got photos with Alfre Woodard. 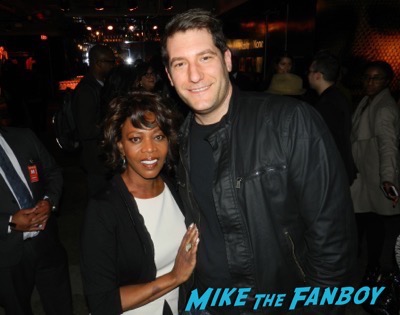 Then we checked out the rest of the exhibit. We saw Titus’ closet from Kimmy Schmidt. 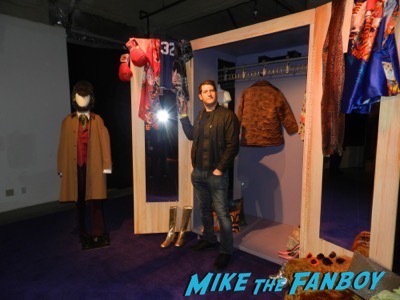 Then the A Series of Unfortunate Events exhibit. 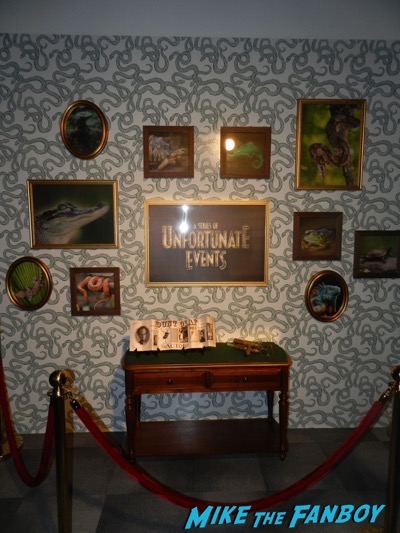 Stranger Things have a few nice photo opportunities. You can ride the bikes with the van suspended in the air. 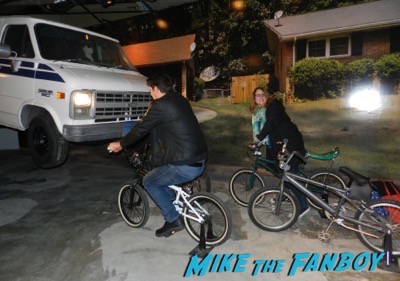 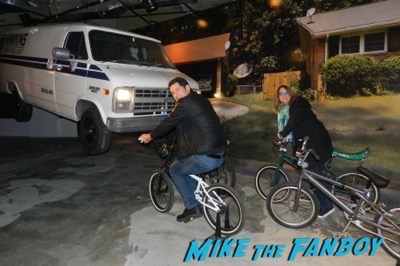 Then you could stand in front of the wall as the monster comes out. 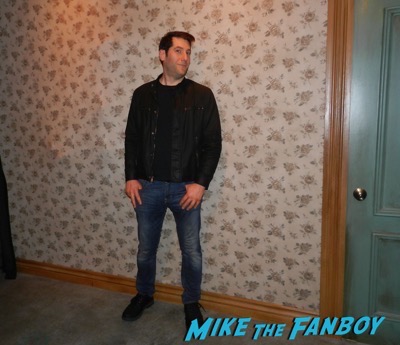 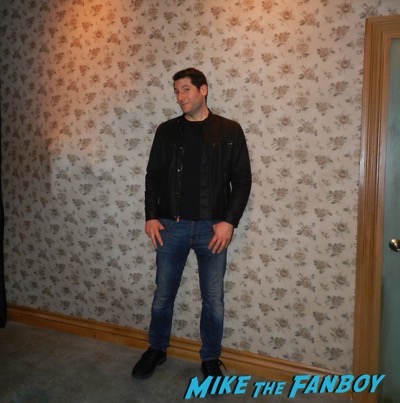 And then they put in an Eleven giant pop. 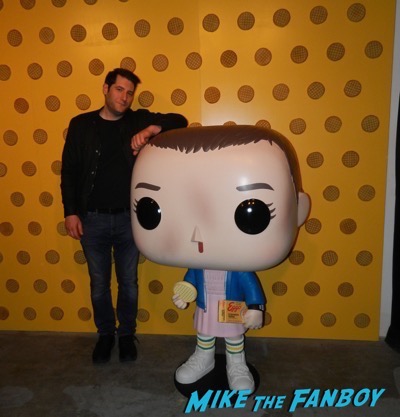 There was also the locker from 13 reasons Why. 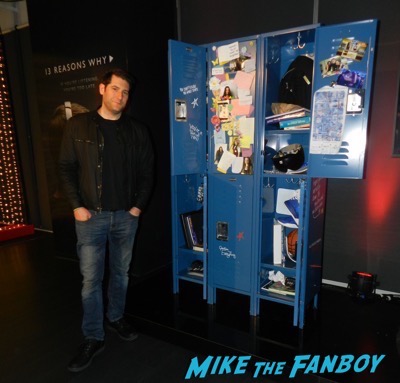 Finally The Crown had a whole prop display. 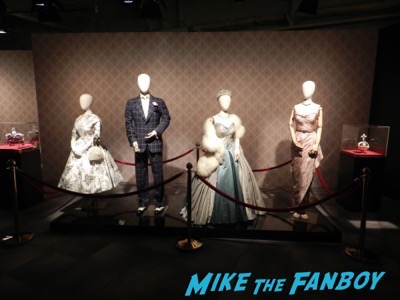 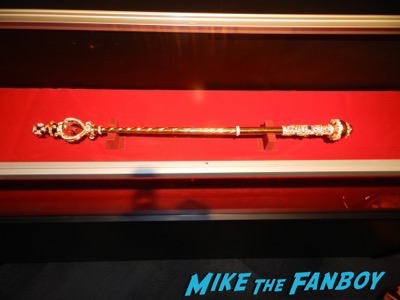 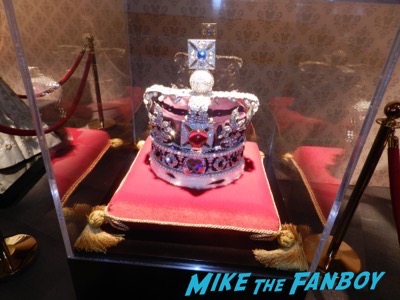 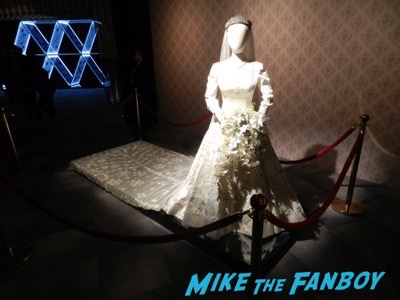 The Get Down had costumes on display as well. 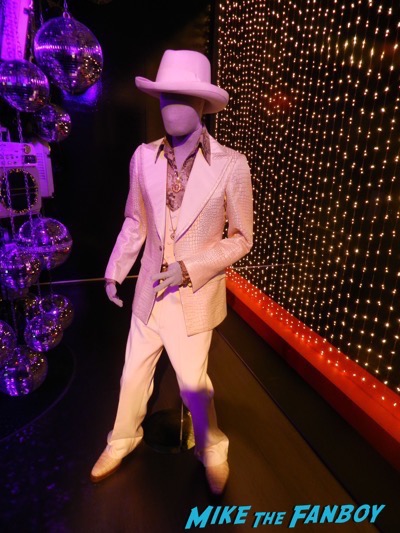 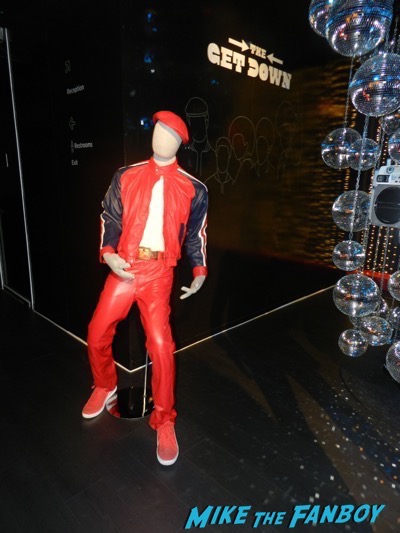 It was still a fun night, but a bummer nonetheless.