Now, you know it’s a slow week in Hollywood, when 15 people show up to a mini premiere where the big names are Judd Nelson and Tom Sizemore. Yep, heavy hitters.

Me? I broke the seal on my Breakfast Club counter standee this week, so I figured two Breakfast Club people in one week? I have to go. I have nothing for Tom Sizemore but you know… What do you do right? 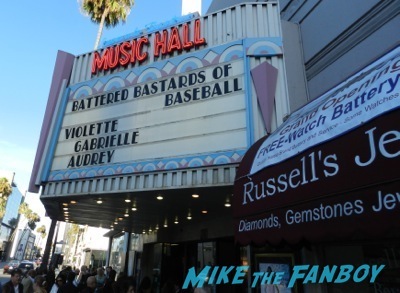 This is the “premiere” for Private Number, not a public number, but a PRIVATE one. It’s also known as *67 bitch!

DVD Dave was on the scene as I got there riffling through his stacks of illustrious DVD covers. What to get Sizemore on? Dreamcatcher… Yes, DVD Dave said, “this is a good movie.”

Let me tell you, any movie that has an alien creature called an Ass Blaster that was made for more than 5 million dollars is not a good movie. Just saying.

Still we wait. And wait… and.. you get the idea.

A group of teenage girls huddled together like they were plotting on out sexting Miley in the corner as they leered at everyone walking down the sidewalk. Yep, one of those days.

The photographer… Notice it was photographer and not photographerS… Was cleaning his lens. Yeah, it was good times. You know when a red carpet has one photographer that it’s a big deal. An exclusive if you will.

Oh, for the love of the Breakfast Club. 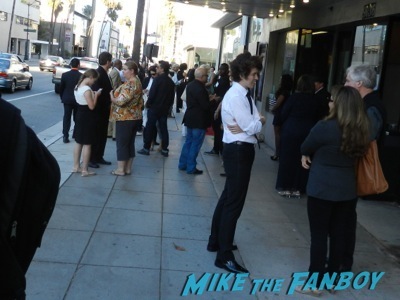 Cars slow down, look at the carpet and speed away… I don’t blame them.

And still.. We wait…

Then a sign of hope… DVD Dave recognizes someone in the crowd. He jumps on IMDB. and locates the familiar face.

I kid of course. I can just hear DVD Dave now saying, “How does that Rob Lowe signed St. Elmo’s Fire oversized VHS box look like?” Yeah, yeah, I can take it. 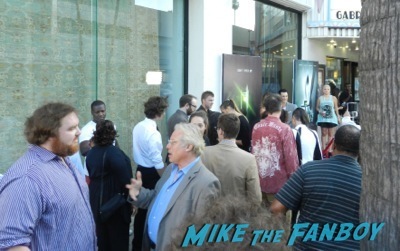 The tag line for Private Number is “Don’t answer the phone” which is what Judd Nelson’s agent told him when they called and asked him to show up to this event. 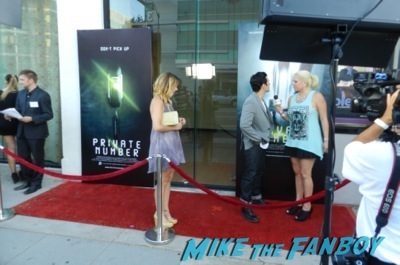 Finally, as all hope was lost, who shows up? Tom Sizemore. Collectors whip out 8×10’s one collector, who looks like a turkey face, ran from the corner holding out a photo cutting though the “crowd” of “stars” 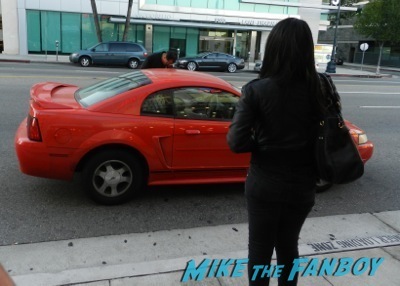 Tom Sizemore pulled up, left his car half in the street. Tossed his keys in the front seat and got out. 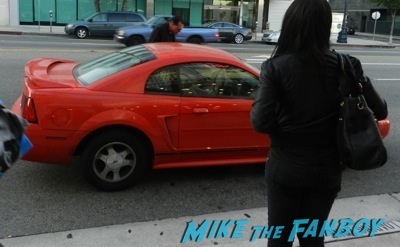 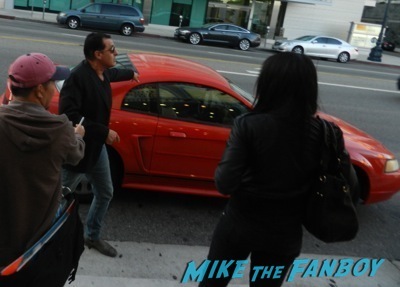 He’s really nice signing everything everyone had. DVD Dave got four DVD’s signed, including the one with the ass blaster I mentioned earlier. It’s not a movie without an ass blaster… or an X-Phile #1.

The truth is the truth. 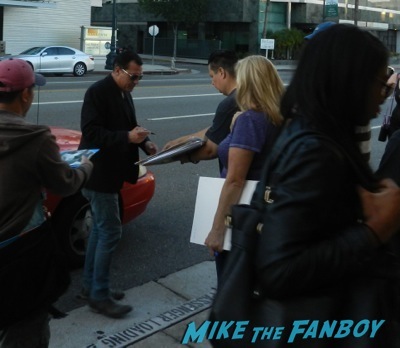 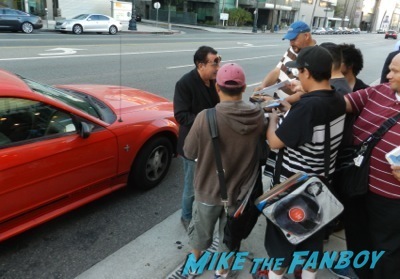 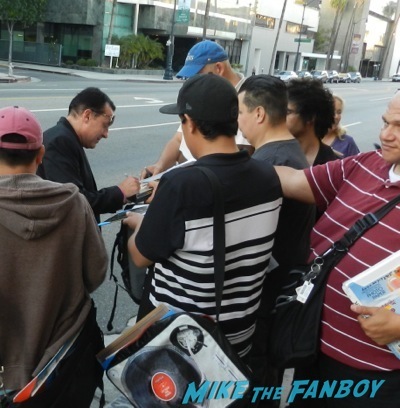 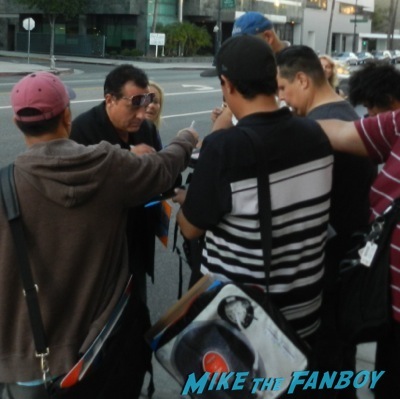 One of the people working the event ran over to move Tom Sizemore’s car since it was in the middle of Wilshire Blvd. Valet duties and a highly glamorous spot on the red carpet, ah Hollywood. 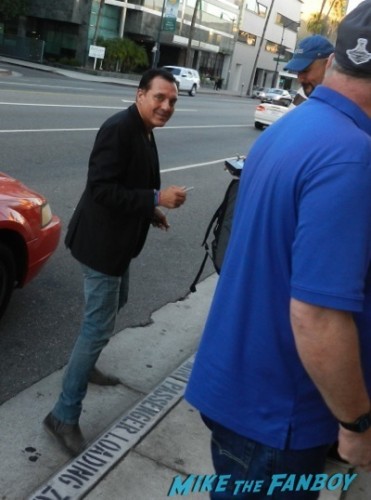 And no, Judd Nelson didn’t show. He, seemingly wisely, didn’t answer the phone. It was a Private Number after all.