It’s so funny… Three people go an event and ALL THREE have different experiences! How is that possible? Oh, wait… We’re collectors. I love it honestly, I mean I find it so interesting on a sociological level. Not that I want anyone to have a fail, let alone anyone in the MTF Family but when you break it down… In this hobby the person standing next to you can be having the time of their life and you can be in complete misery. LOL…

Rachel McAdams, who I adore, has always been a little hard to get, I don’t know why? At The Vow premiere she wouldn’t sign for me to save my life, but Anushika took both of my posters and Rachel signed both for her… but for me. When I had the same posters she wouldn’t do it… Odd right?

Check out Jack’s Fanboy Fail after the jump!

Ever since “The Hot Chick” came out I have been a fan of Rachel McAdams. I remember turning towards my friend in the theater saying, “That blonde is going to be huge one day” and sure enough, less than two years later “Mean Girls” came out and put her on the map. As some of you might recall, it wasn’t until this past year I felt comfortable attending non autograph signings to meet celebrities. To be honest it’s quite intimidating and it sucks when certain people act erratic…cough…“FANS….cough. Regardless I decided to bring along my German “Midnight in Paris” lobby card with Owen Wilson and Rachel McAdams kissing and two DVDs. 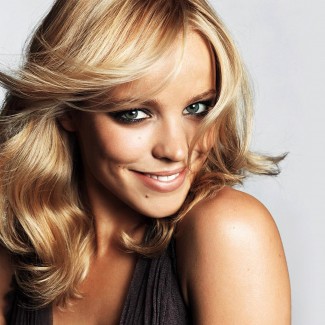 Last week, I attended a talk show taping with Rachel McAdams and Kid Rock. Although I mainly went for Rachel I still brought along some CDs for Kid, just in case. Fortunately for me, Billy Beer, CB and Scotty were on the scene as well with Karalee making a cameo drop by (Mike was sick so he missed out). 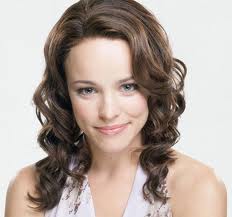 Next door to us they were working on a fake baseball field for the “42” after premiere party, which cut down the fan area and forced us to deal with sawdust sporadically blowing into our faces at the barricade. 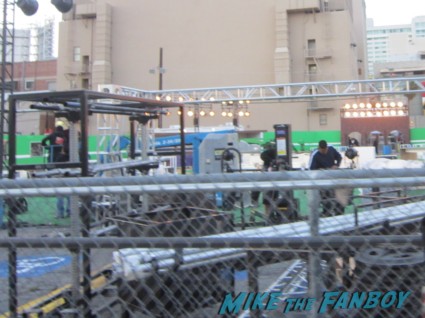 It wasn’t too bad considering there were about 30 people. 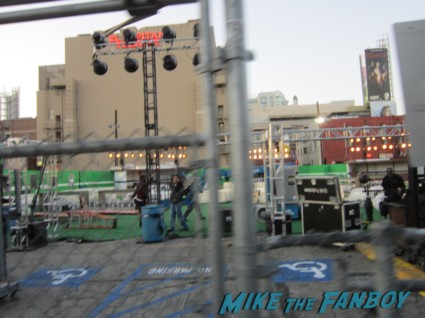 Before arrivals, Rachel’s publicist comes over and informs us she will bring Rachel over after the taping to sign autographs so there will be no need to yell and “be screaming mean things because she doesn’t sign on the way inside.” We all agreed that was pretty cool and held out for the best. Even though we had a promise I wouldn’t believe it until it happened.

Rachel arrives and heads straight inside to warm compliments from the crowd. 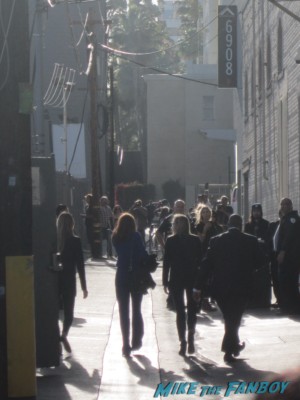 While we wait for her exit, Kid Rock passes by twice for soundcheck, but we barely get a wave from him. Still, almost everyone could hardly wait for Rachel, but the wind was getting bad coming in spurts here and there.

True to her word, Rachel’s publicist brought her over, but soon something happened. 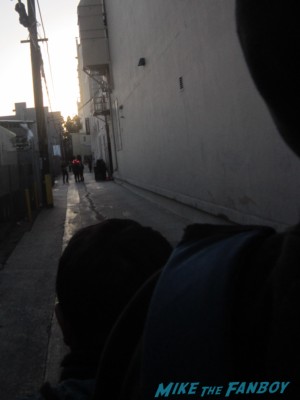 People acted like animals pushing and shoving trying to get stuff signed. Both myself and Scotty lost our balances (I was to the left of him, second/thirdish row). 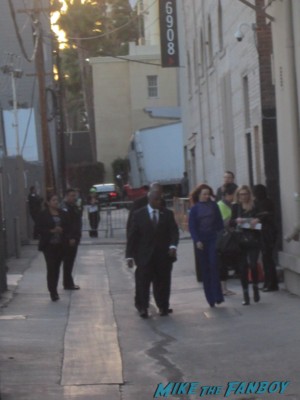 I kept stretching my arm with my lobby card, but some $%^&ing individuals behind me kept putting their board on top of it and me. No matter what I did nothing worked, especially when I politely kept asking her to sign my “German lobby card for Midnight in Paris” repeatedly. Her signing patterns made no sense.

Scotty managed to stretch out just enough and Rachel finally grabbed it. She signed maybe one or two more autographs after that. Overall, she signed about 10 autographs at the barricade. I decided to wait for her by the exit along with a dozen collectors and fans, who also didn’t get anything as well.

The wind really started to pick up. 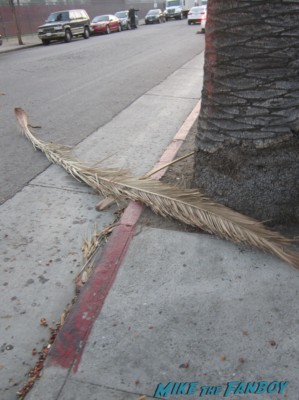 Rachel’s car stopped and rolled down the back window, but people started throwing things into her window refusing to move. Then suddenly the palm tree above started falling down near and on the car. After two autographs (maybe five tops), security suggested they leave to avoid damage and several collectors chased after the vehicle. 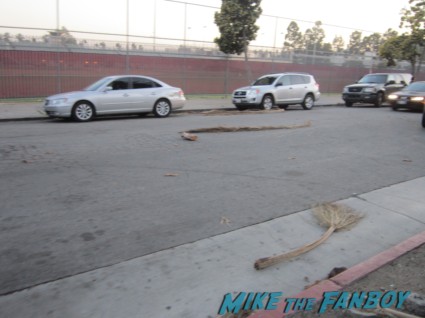 I wound up back at the barricade to report what happened and the group of collectors there couldn’t believe it, What Just Happened???? Why did everyone become so crazy and how long did she even sign? Sure enough we calculated that Rachel signed (barely) 10 autographs, including for two people who double dipped. One, who despite getting two autographs, complained about not getting a photo with Rachel and called her a “F*****g B!^h.” Needless to say I lost a lot of respect from many of those “fans” and collectors that day.

I decided to call it a night and chalk it up as a “Fanboy Fail” rather than wait around for Kid Rock. By the way I discovered two days later Kid Rock completely stiffed his fans and ignored all requests that night….very interesting. Until the next time, happy autograph hunting! 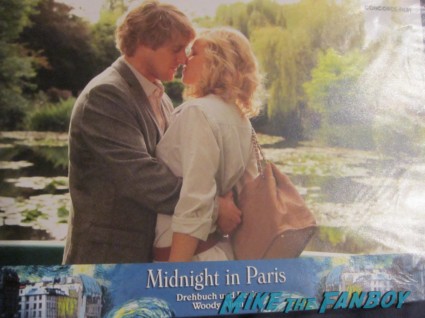