Then I remembered this event Scotty and I went to. Sigh….

Scotty and I were on a mission to finally meet Mira Sorvino. Like, we were desperate! Romy for God sakes! and when we heard about this small party that Paul Sorvino was going to we thought… “Gee… Maybe Mira would go!”

As luck would have it, Scotty was watching a talk show that very morning and there were both Mira and Paul Sorvino. When asked if they were going to the event later on that evening, both said yes. Hot diggity damn!

So, loaded up with our Romy and Michele memorabilia we headed on down….

It was a nice night, pleasant to say the least.

Cars were coming and going but no one we cared about really.

The odd thing was there was no carpet, perhaps it was inside and it was a charity event of some sort..

There were a couple other collector’s waiting but that’s about it. So we continued to wait and wait.

Suddenly, there was Paul Sorvino with another character actor Seymour Cassel. 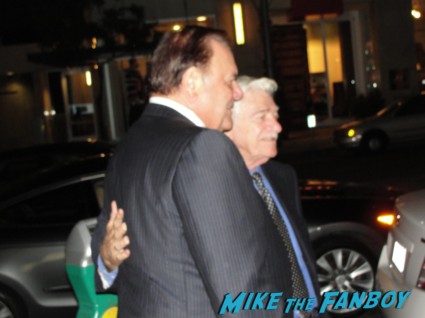 We didn’t need them but it was a good sign right? I mean right? Sigh…

This is when we noticed that the car everyone was arriving in, was actually the same car! Every time the car would leave and pick someone else up! It was so random.

Then people would put something in the trunk and then that would be gone. Personally, I thought that Seymour Cassel was a drug mule but I’m sure that wasn’t the case. 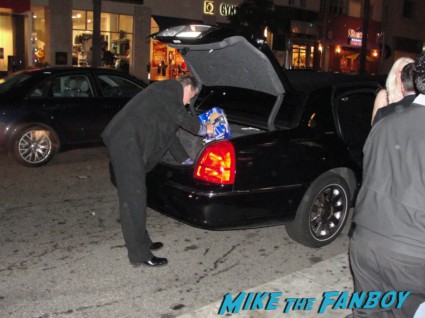 Anyway, after quoting Romy and Michele for oh… About an hour or so the car pulls up and out sashay’s Sharon Stone.

Well… Scotty just about died. No matter what you say, Sharon Stone is still a legend. I mean Sliver alone…

Okay, even thought we didn’t have anything for her to sign, we figured we would kick it and try and get a photo. It’s low key, no one is around… I mean, it could work right? Right?

Paul Sorvino left as did our dreams for Mira showing up… Grumble… Eventually we did get to meet Mira Sorvino and let me tell you, I was lucky to even hold it together for her. Ironically it was another Paul Sorvino event! LOL…

Then… We see Sharon Stone leaving. The car that was picking and dropping people off wasn’t back yet, so Sharon Stone just was chilling on the street with a few people. 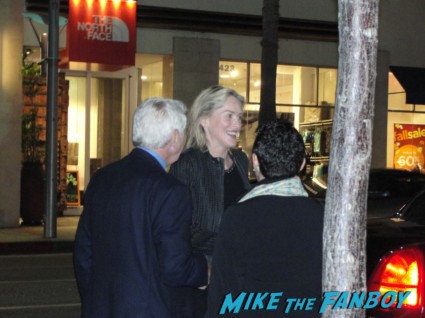 They were just chilling so Scotty and I stayed back until a break in conversation. 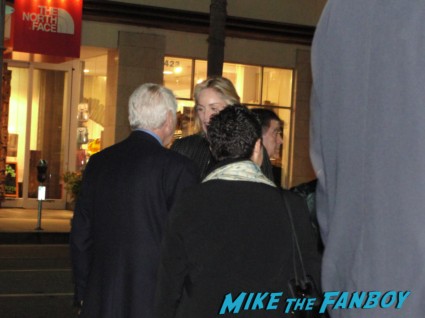 I guess we weren’t the only ones.

A couple people from the party came out as well. They went in for the photo. So, Scotty and I got up and tried to piggyback on their bravery.

They said, “Miss Stone, can we get a quick photo with you? We were at the-”

“NO!” Sharon Stone cut them off all the while looking them up and down like they just shoplifted a bottler of two buck chuck from Trader Joe’s. 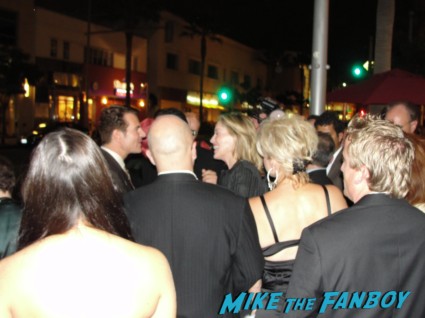 Then Sharon proceeded to stand there for another 25 minutes taking photos with the organizers of the event and every time she did a photo she would look back at us with fuck you eyes. 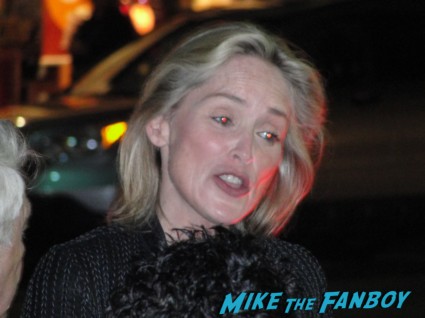 I didn’t expect much from someone like Sharon Stone, seriously, how nice does she look? BUT there’s no reason for that kind of crassness….

I say harrumph to you Sharon Stone! Harrumph!