If there’s one thing about Fanboying, one sure thing I should say, is that you just never know what’s going to happen. Someone can be super cool but be running late or someone can be a jerk and then sign up a storm..

Or you can fail completely.

I guess that’s why we have Fanboy Fail Fridays, the way I look at it, it’s like excising our demons and getting it all out of our system. I mean if we can’t vent it just gets all stored up and random fights happen.

Jack headed out for Entourage star Jeremy Piven and well.. He didn’t fare so well. Check out his full report for today’s Fanboy Fail Friday!

For eight seasons, “Entourage” existed as one of my favorite TV shows and I’m extremely excited to see the film, if, and when it comes into fruition. So when I heard none other than Jeremy Piven a.k.a. Ari Gold would be doing a talk show taping I knew I HAD TO ATTEND. 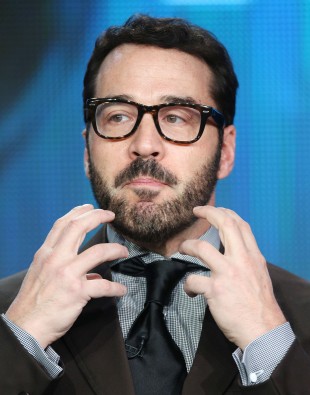 Originally, Lil Wayne was supposed to be joining, but due to some recent health concerns he was replaced by Kid Cudi. They were also joined by basketball Hall of Famer Kareem Abdul Jabbar for Tuesday’s taping. 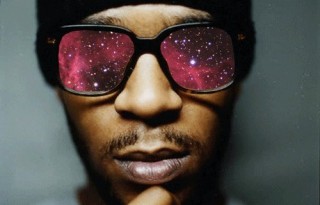 I only cared about meeting Jeremy Piven, but brought along an “Airplane” DVD just in case. Still, meeting Jeremy Piven was my only goal since he is my favorite character from “Entourage.” After finishing a meeting early I decided to swing on by to see how many people were waiting around 3:45 p.m. To my surprise, absolutely no one was there and they didn’t even have anything setup.

I decided to walk around and came back at 4:20ish. There is now a barricade set up with absolutely no one there. I decided to text Mike:

4:22 p.m. -“Dude, I’m straight up the only one here at Kimmel for Jeremy Piven. This is so f’n weird.” (Every time I have attended at least 20 or so people have been there by this time).

Not even a minute later, a very large (probably twentysomething) lady comes over (There’s a reason I mention her appearance) and waits by the barricade. I respond to Mike’s text saying “that’s not a shock”:

”  Mike sends his best and wishes that I “don’t get dissed one on one” and I hold out for the best. Despite several attempts to start a conversation with the “Kid Cudi” fan, she absolutely wants nothing to do with me and only cares about getting her hand written custom “Kid Cudi” cap signed. Suddenly, security (who was super friendly by the way) starts a conversation with me about Jeremy Piven and local bars. For the next hour almost nothing happens, but a few more people join us including MTF reader Steve and an aspiring paparazzi, who decides to taunt people throughout the evening. KC Fan decides to move over almost on top of me at the barricade despite there being plenty of room plus no one has arrived.

Suddenly around 5:30 ish, we hear the concert crowd waiting alongside the street erupt and it’s Kid Cudi driving by with the window down. The large girl near me is excited and decides to move right on top of me, despite there only being four people on the actual barricade. I even moved my stuff over twice, but for some reason she keeps moving over. When Kid Cudi comes through the alley, there is only a faint “Kid Cudi” from her and obnoxious calling from the young pap. Almost immediately the girl takes off and gives up, but about the same time a Lakers’ fan arrives hoping to meet Kareem and get a basketball signed. A few dealers trickled in, but they waited “in the wings” after realizing it’s a small crowd.

Jeremy Piven arrives soon afterwards and we all call out for him. 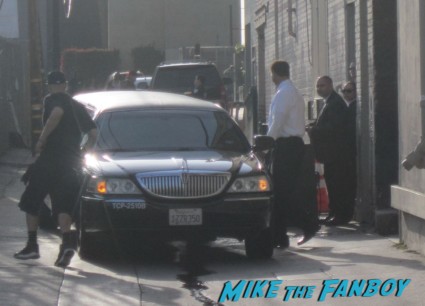 We get an acknowledgement for him with a “Peace Sign” and politely ask him to come over. 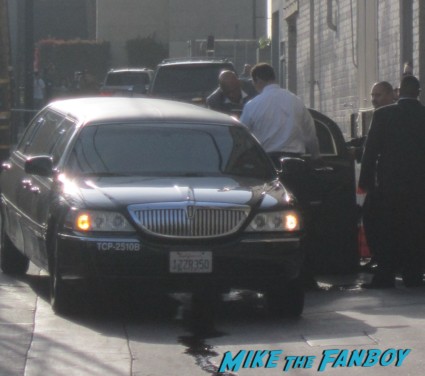 I even threw out a “Cupids” reference (Rob Thomas’ first critically acclaimed show), which originated his most famous catchphrase “Let’s hug it out,” but he still walked inside. 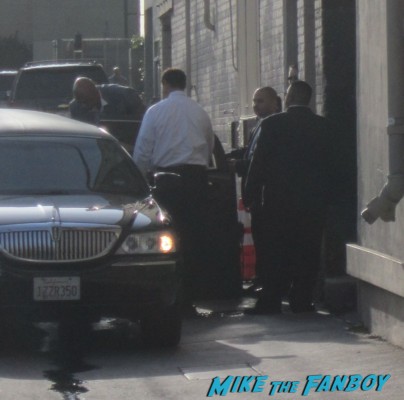 5:42 p.m. – A stretch limo arrives in the alley and pulls up to the door. Kareem stands up and puts his arm in the air as we call out to him without really looking at the crowd. This is not looking too good. 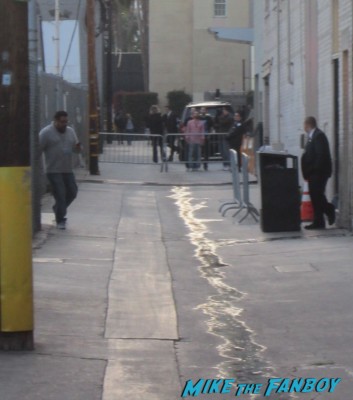 Steve and I pass the time talking about previous celebrity encounters, but the young pap near me decides to start antagonizing security when people approach her for questions. After threatening to have him removed from the area, he finally stops, but still continues taunting people walking by. Sometime before the concert starts, the outdoor crowd erupts into hysteria and everyone around the barricade (maybe 10 at most) display puzzled faces. WTF is going on? We all agree it’s the concert, but we still can’t understand why they were GOING THAT CRAZY.

About 7:00ish, Jeremy Piven walks out. There are a few autograph dealers with Steve and I all holding out their stuff. As we yell out for him, it appears he might come over, but instead we get a wave. There’s a moment of hope with security holding the parking lot door open longer than normal, but nope he has taken off. One of the dealers chases off to the exit and gets him to autograph two photos as he drives off (which is captured on PopCandiesTV).

Really, you will sign for a dealer, but won’t sign for several fans waiting for you? Come on. Maybe it’s because of the screams from Kid Cudi’s crowd, but I’m really disappointed he rolled down to sign for one guy instead of coming over. I’m pissed because I actually had “Entourage” memorabilia signed by cast members including a vintage “Entertainment Weekly”!!!! It’s moments like these why I hate this hobby sometimes.

About 7:10, Kareem comes out and hides from fans as he waits for his limo. First near the security podium with several people even yelling, “We can still see you!” before he “leaves” into the back parking lot, but actually hangs out waiting for his limo to return. When his limo arrives in the alley, he finally emerges from the parking lot and gets inside barely acknowledging the fans. Instead he drives through the alley and forces the barricade to be moved dissing several fans. 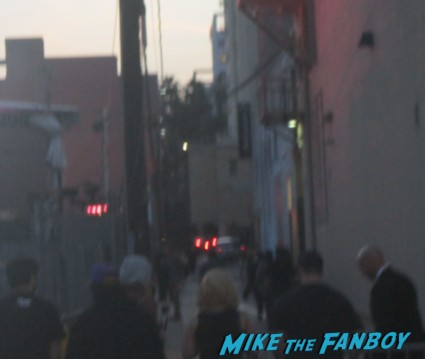 Talk about a bust. Until the next time, happy autograph hunting! 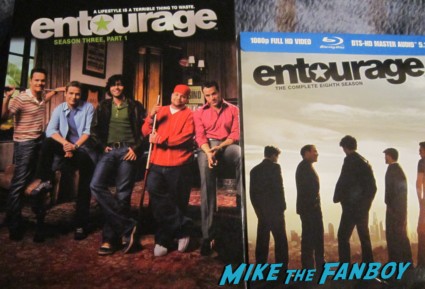 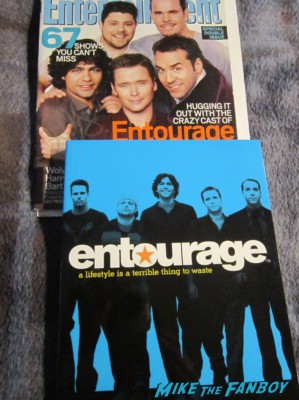