Oh wait… Sorry, got lost min my brain there for a second. For todays Fanboy Fail Friday, the luscious Ms. Pinky Lovejoy recounts her experience with none other than pop legend Mr. Billy Joel!

I have never seen him, never met him, but who doesn’t love the Joel? Pinky loves him, I mean his songs are part of our cultural lexicon. Right. Although I admit if I got a Fanboy Fail from Billy Joel, I would look him in the eyes and says, “you wanna know who started the fire? I did bitch and it’s on!”

Okay, I probably would whimper with tears in my eyes and cry. Either way, plausible reactions. LOL…

Check out Pinky’s report after the jump!

Hello, my lovelies. Pinky Lovejoy here with a less-than-stellar experience (which just happened to occur mere minutes after my Leslie Bibb success). The other day as I was hanging out with my girl, Lindsay, from www.iamnotastalker.com, we just happened to stumble upon the one and only Billy Joel sitting in a lobby of a hotel having a drink. What are the odds?!?!! As he was drinking with a friend, I didn’t want to interrupt him, but then he stood up to move tables (which everyone knows is totally fair game). So, I took my shot. I mean, how often do I get a chance to see Billy Joel?!?! Normally I don’t like to bother people when they’re not technically promoting something, but I’d never seen Billy Joel before, I’m a HUGE fan, and he looked like he was in a great mood. 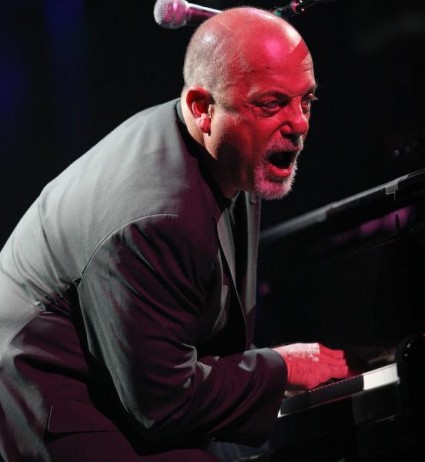 Here’s the thing – I’d scoped out our surroundings before I went up to him. There were a multitude of people hanging out, taking pictures, enjoying each other….none of them, I might add, paying any attention to the fact that Billy Joel was sitting in their midst. Just me. So, I went up and asked if there was any possible way I could get a picture with him. He said he didn’t want to draw attention to himself, which is totally fine and I completely understood. I probably should have just walked away then and cut my losses, but I’m stubborn and pressed on. Since we were right there and he was on the move anyway, I wanted to find a way to convey that I was such a huge fan and loved everything he’s ever done (and of course it wouldn’t hurt if all that praise helped to possibly get the picture anyway). 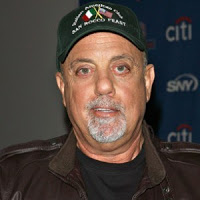 But this is the part that bothers me – as I was telling him what a huge fan I was, he gestured with his hand like, “Yeah yeah yeah, hurry up” as though he’d heard it all before and who really cares. And, I’m sure he has. It’s freaking Billy Joel. I’m sure there’s nothing I could possibly say that he hasn’t hurt a million times before. But that doesn’t mean he can minimize my love for him, right? I mean, it was my very first time meeting him, of being in the presence of the man behind such classics as “Uptown Girl,” “Piano Man,” and “Only The Good Die Young” and he made me feel kind of like an asshole. When I suggested we could maybe step around the corner where no one would see us taking a picture (as to not draw attention to him), he said no, he was in a meeting, but I could (and this was said in the most condescending way possible, it should be noted) SHAKE HIS HAND. Um, WHAT?!?! Why didn’t he just punch me in the face? Because that’s what it felt like. I seriously almost started crying. I know, I know, he doesn’t owe me anything; he was on his personal time. He didn’t have to take a picture with me. He didn’t have to talk to me at all or shake my hand. I guess it was just the way he said it that made me feel silly and stupid. Maybe I’m overly sensitive and I should just look at it as “I finally met Billy Joel!” but I don’t know. Hopefully someday I’ll have a better experience with him. I look forward to it. 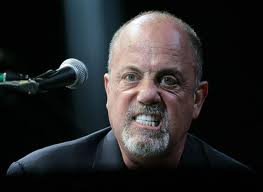