Home / FANBOY FAIL! • Fanboying! / FANBOY FAIL! Getting Shafted By Vacation Star Christie Brinkley After Her Performance Of Chicago At The Pantages Theater.

You know this happens to me all the time, I keep hearing, “Oh, she’s so nice!” or “OMG! He’ll braid your hair, he’s so cool!” And then, I go out to try and meet someone who is oh so nice and disaster! Sigh.. Perhaps that’s a fanboy curse?

I kept hearing over and over, Oh Christie Brinkley is hyper nice, so cool… Etc… and so, I was like…”I have to get my National Lampoon’s Vacation poster signed so I better go…” well… Disaster. 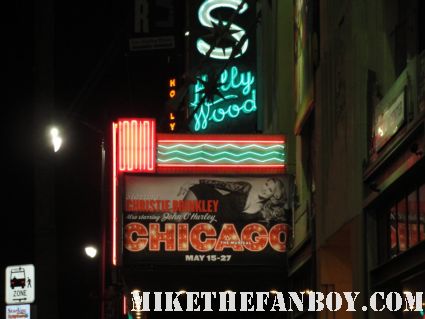 It’s like this. It’s me, I feel it. By the time I got there and found parking… Oh, I should mention that Christie Brinkley was in Chicago, the play not the city, at the Pantages theatre in Hollywood. It’s a limited engagement and so I figured I better head out before the holiday weekend and before my mom gets in town.

Anyway, I’m obsessed with the Vacation films, and Chevy Chase in general. I know, I know, go ahead and make fun of me. It’s fine. LOL… And no I haven’t seen Community yet.

Okay, so, I drove around for like… literally an eternity… (yep, I just mangled a Big Bang Theory quote) saw someone leaving their spot flipped a bitch and got a space. The play broke and headed over there. 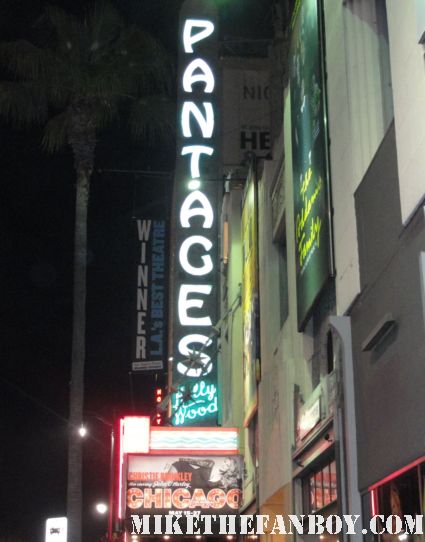 Well… There’s a spot for people to wait, but apparently today they wouldn’t allow anyone without a ticket to wait at the barricade. Sigh… And all of this because a dealer got into a fight with security. Apparently, there was some talk about following Christie Brinkley, knowing a full itinerary and will just go to the hotel, etc… Sigh… That’s just never good. Is telling security all this really the way to help your case?

There are two girls who are ticket holders waiting. Two…

The stage door opens and there’s Christie. There are about six of us collector’s waiting for her. 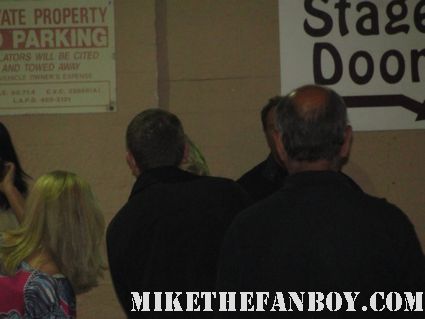 Christie poses for photos with the two girls, signs for them, and then we call for her. Her people even blocked us from getting a photo of Christie. 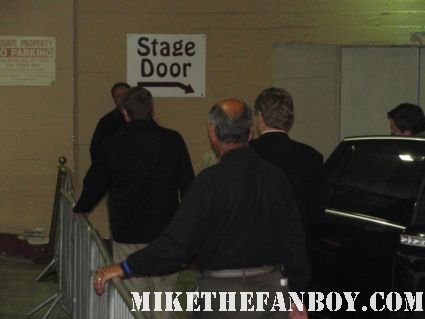 Then Christie Brinkley jumps into the car and takes off… One of the collector’s there follows the car and gets Christie to stop. She rolls down the window, signs two things for the guy and then I ask her to sign my Vacation poster (which is literally right next to her) and she says, “Sorry, I have to go!”

Sigh… and that as we say is that.

It just irritates me that dealers ruin everything. I mean come on! Starting fights? And you know do you have to get a stack of 50 photos done? It irritates me when something that should be easy becomes a giant headache! Grrrrrr…