While I wasn’t going to put a Fanboy Fail up this close to Christmas… I was like… Eh, why not!

Recently, I headed out with Lisa and Scotty to a q and a for the Netflix series Grace and Frankie.

After tonight, I’ve decided to never go inside a q and a for this series again. It was 1. dealing with the overzealous security and 2. the two leads, while obviously they don’t have to do anything for fans at this stage in their career could have given a crap about talking with anyone.

The moderator was June Diane Raphael who admittedly is amazing on the series but her moderating skills needed some help. 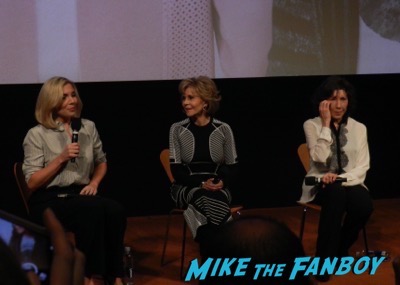 It’s always great to hear two legends speak, but I have to say, when you make an announcement that the audience has to remain seated so the stars can leave, it just gives you a bad taste in your mouth. 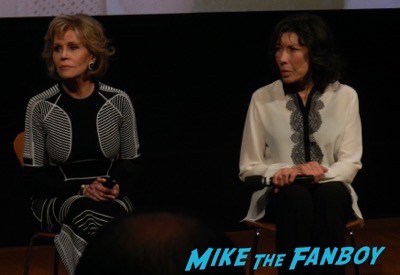 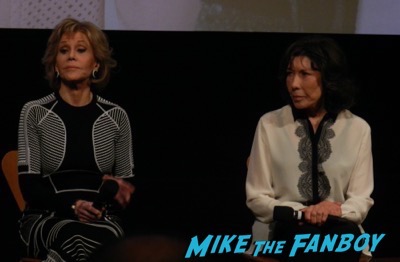 These q and a’s are generally for voters to “consider” a program and when an announcement like that is made, it makes it tough to want to vote for a show or movie. It’s what a lot of people go to this for, to press the flesh, see people in person, etc… So, it always leaves a bad taste in my mouth when they do that. 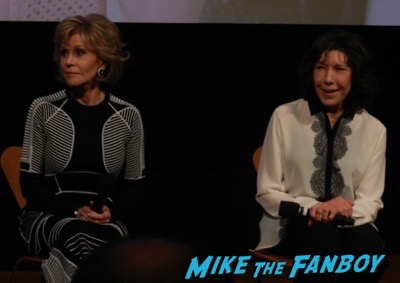 So, June Diane Raphael was the distraction.

It was nice of her to stay though.

Anyway, Fanboy Fail Friday it is!

Be Excellent to Each Other!