Oh what a night…

Big Mike and I headed out for a few people. He really wanted master thespian Jessica Alba on his Sin City one sheet. I had a couple magazines for her, but I really wanted Luke Wilson. I’ve been a fan of Luke’s for a long time, I mean I didn’t realize how many things I had for him.. Like8 things. What? Crazy.

Also on the list for today is Cyclops himself, James Marsden. I had a bunch of things for him as well… So why not try right.

When we arrived, Andy said he just got everyone and he was leaving. Grrrrrrrreat.

It’s so nice to hear that when you get somewhere right?

So, we decided to wait it out… It can’t be THAT long right?

In the meantime a bunch of random shirtless dudes started running around the streets of Hollywood with a group of girls trying to get selfies. I’m sure they are a boy band, they have to be. 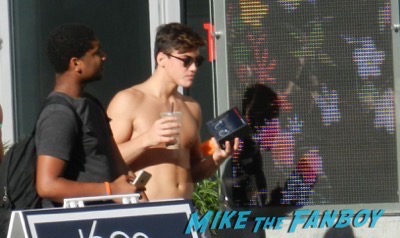 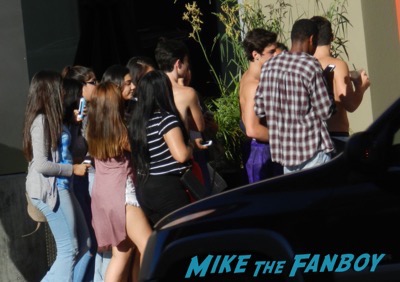 It was nice though, because Big Mike and I got to catch up.

Then as time ticked by people started to come back. James Marsden was first and almost ran by us. He did stop to sign one each and then I asked him to finish my Enchanted poster which he was cool enough to do. 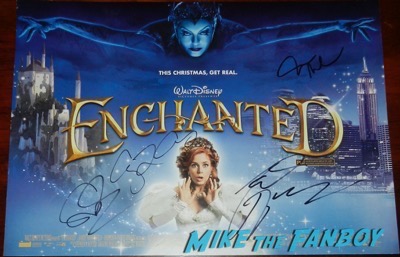 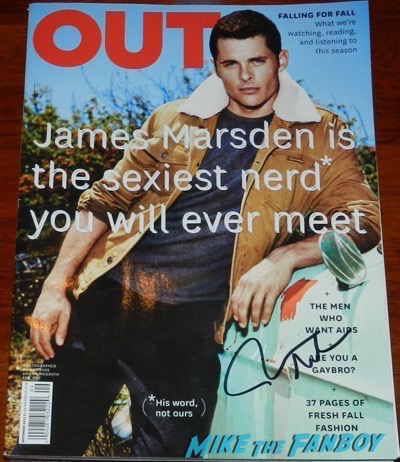 Then a few minutes later master thespian Jessica Alba showed up and just gave us a scowl as she walked in. Damn.

I mean he just has to be. 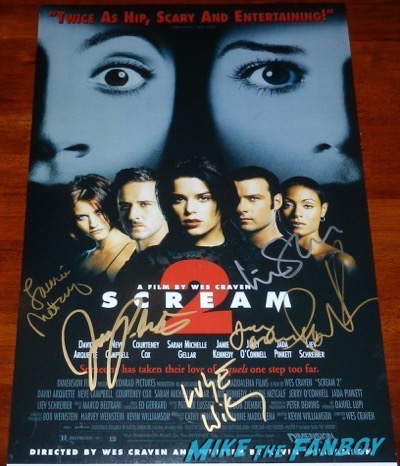 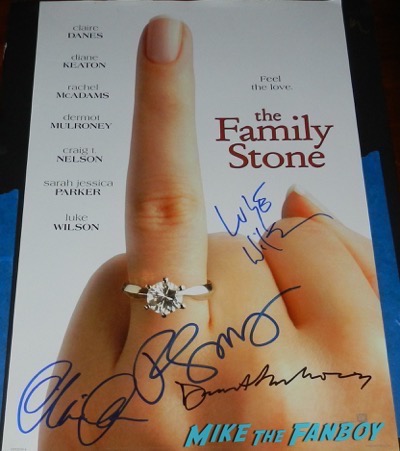 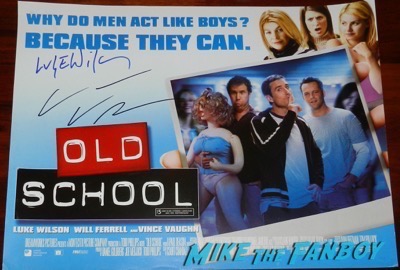 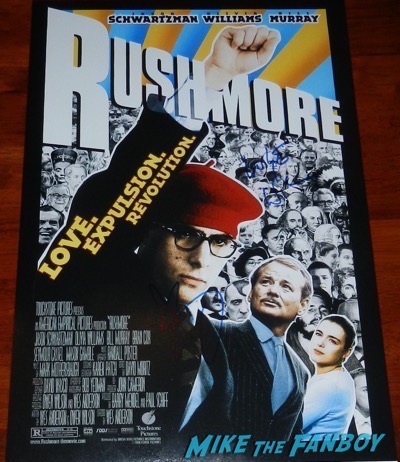 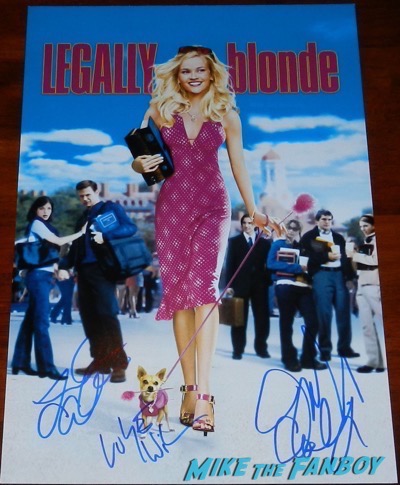 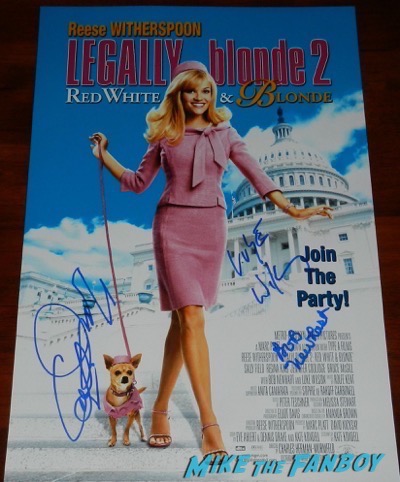 The man has 12 minutes until the play started and was as cool as can be. Seriously, he was exactly like you would want Luke Wilson to act like. Super chill. He was happy to sign everything I had and I had, Scream 2, Rushmore, Legally Blonde, Legally Blonde 2, The Family Stone, Old School, yeah, I had a bunch. Who knew?

I was more than happy to leave, but Big Mike really wanted master thespian Jessica Alba to finish his Sin City poster.

Sigh… So I said I would wait with him.

In the meantime there was a fire truck across the street. Maybe they were carrying the girls to the shirtless guys from earlier. 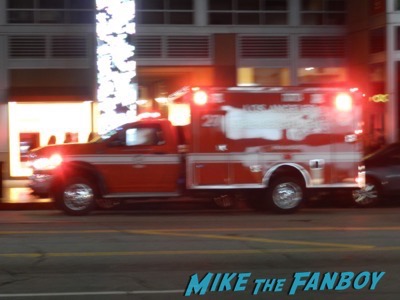 We went to get food and came back.

A few more people showed up to get photos and autographs and then the show broke.

James Marsden left out the side and he signed two more for me as he left. He also did a few photos with people as well. 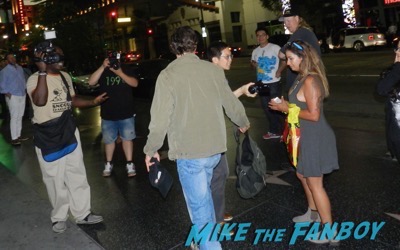 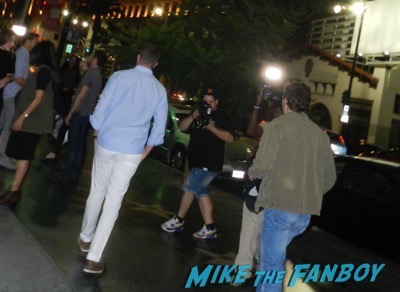 Then master thespian Jessica Alba’s car pulled up, pulled around, Lord… What drama.

Then Jessica Alba walked out. Big Mike got her to sign his poster and it looked like she took her time while signing.

She then scribbled on a magazine for me and said, “That’s it, I’m done.” as she sashayed to her car. Perhaps she had a script to read, suntan lotion to make, a pashmina to crochet? 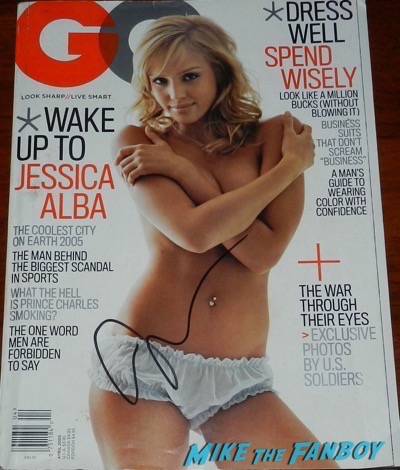 I was more excited for Big Mike getting his poster signed. The thing is, she never asked Big Mike for his name… And she made his poster out “To Richard.” I was there, she said NOTHING and yet she wrote a random name on his poster. That’s pretty damn shitty, In My Humble opinion. It’s a cast poster that he already has PSA’d and was just trying to finish. Super disappointing.

I can’t complain, as I got a lot of things done, but I just can’t believe that master thespian Jessica Alba would do that.

Doh!
Until next time kids… 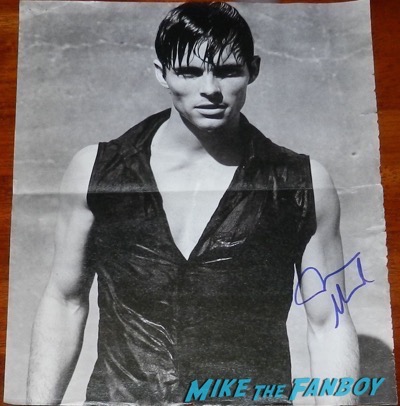 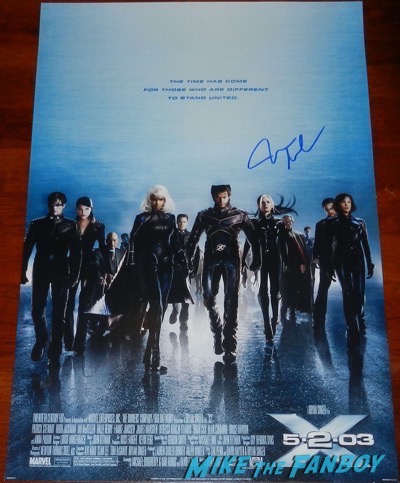