This week, I headed out to a local talk show for legendary comedian Jim Carrey. He’s not out that much and I thought, hey… If I can get one, I’d be happy.

Well… I headed out and to my surprise, there were not that many people there. I didn’t realize it at the time, but Bush was the musical guest.

Chris arrived first and held me a spot even though there were not that many people there.

People mistook Bush singer Gavin Rossdale for Jim Carrey and called out to him. Being the nice guy that he is, Gavin Rossdale came right on over and signed and did photos for everyone. 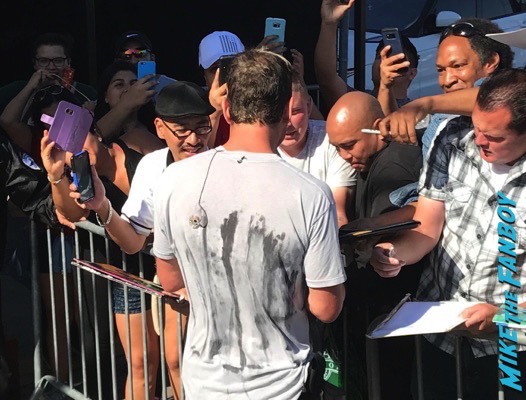 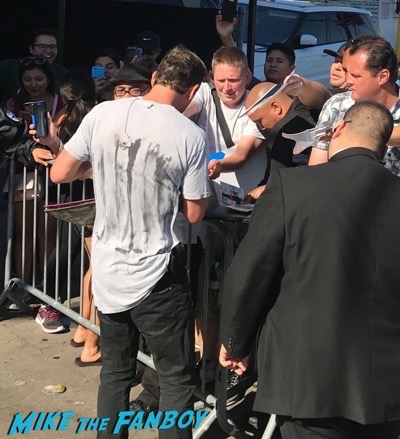 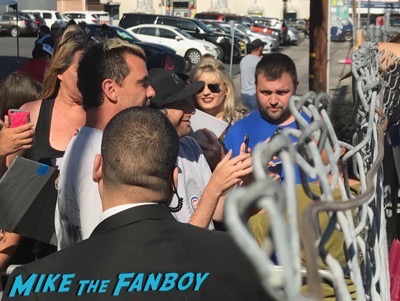 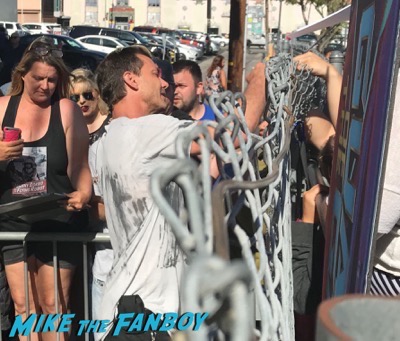 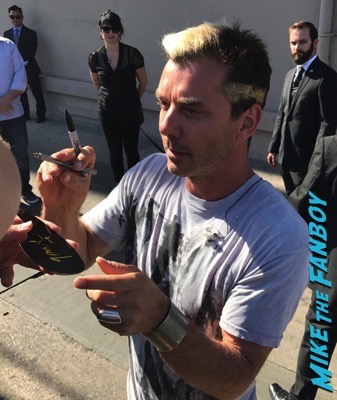 When Jim Carrey arrived he waved and everyone yelled for him.

Then he came on over to sign. He signed a couple on the fence and then skipped my section completely. I was like “NOOOOO!” then it looked like he was going to double back but didn’t. Instead he stopped and went inside. He might have signed like 15 for everyone at the most.

On the way out they put the giant black gates up so we couldn’t even see him leave.

Jim did stop and rolled down to sign, someone said it was like six things. I dunno.

And that as we say is that.

It really sucks he couldn’t have signed for everyone instead of skipping half the people who were there.