So… I headed out to try and meet a couple people. One, was Jon Hamm and the other was Pee Wee Herman. I know it’s odd to think of the two of them together, but they did a play reading together… Yep, Don Draper and Pee Wee Herman were together at last.

Now, Jon Hamm is hit and miss and I’ve never met Pee Wee Herman, but you would think this should have been easier.

There were only a few of us waiting, even though Billy decided on bringing a brigade of people with him to help rack Aya Cash. I mean you can never have enough stuff for Aya Cash.. When she arrived I had to point her out to Billy, who hobbled on over to greet her. 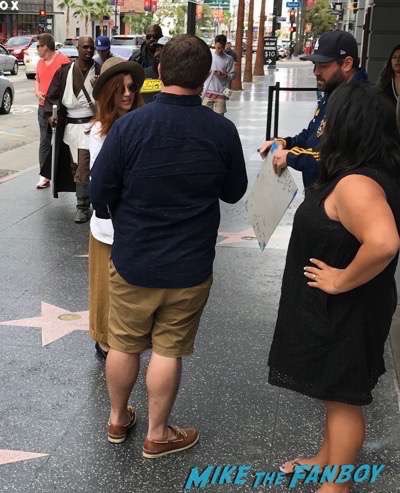 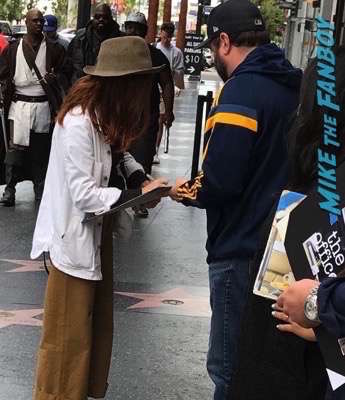 When Paul Reubens, AKA Pee Wee Herman arrived, a couple people asked him and he scowled like the Penguin devouring a raw fish, “I’m late.” Yikes! I thought he was going to gnaw someone’s arm off to get in the building.

Randall Park drove around the building a few times, and then tried to get into the parking structure. Either he snuck in the back or got lost because we never saw him go in. Billy’s 8×10 will forever remain unsigned it seems.

Thomas Lennon was really nice and signed for Billy. 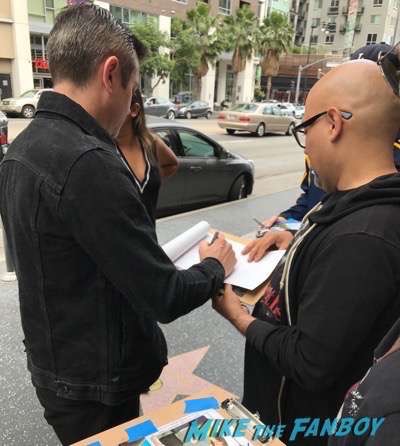 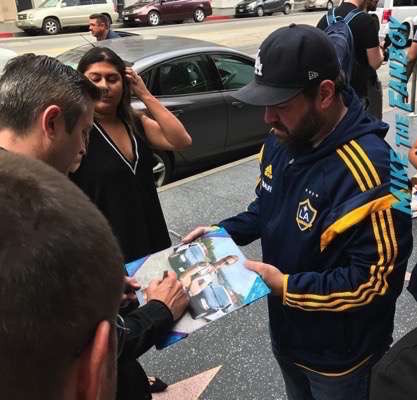 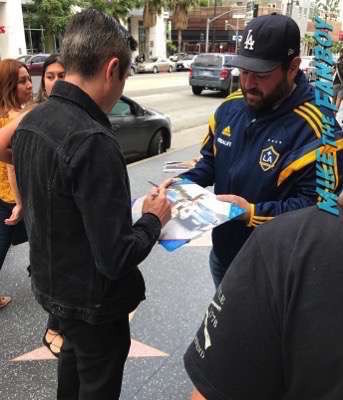 Jon Hamm? He rolled in with his dark sunglasses looked down at the few of us and scoffed. “I’ve gotta go.” Thanks Jon.

Wow, what a waste.

At least Billy got his Aya Cash photos done. Whew.