First off, on behalf of everyone here at MTF out hearts go out to everyone affected by the tragedies this week. I know so many people affected by the Malibu fires personally, it breaks my heart, not to mention the recent shooting.

But… Back to FFF!

Last night I headed out with Lisa-Lisa and Scotty to a q and a with Michael Douglas. It’s for his new series The Kominsky Method. We watched three episodes, which was rather excessive in my opinion, especially considering each episode was about death. Lord… 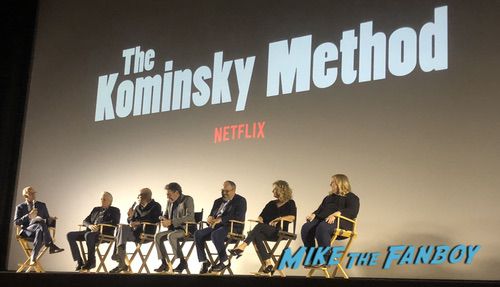 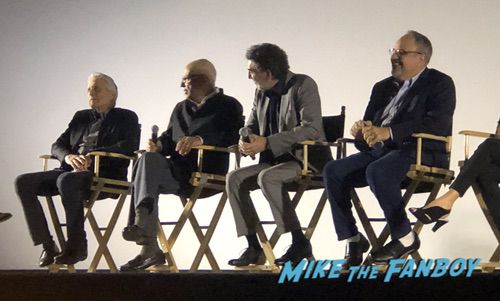 The panel was okay, but to be honest the microphones were in and out and the lighting was so dark it was hard to see.

It was fun to see Michael Douglas speak, I have to say, even if we had to lean in close to hear everything. 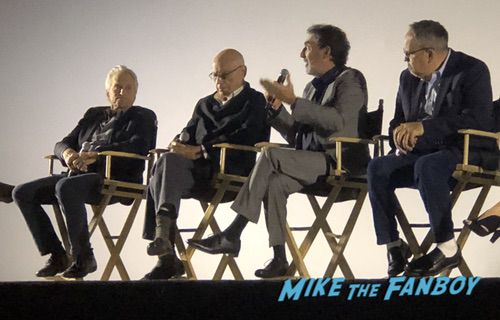 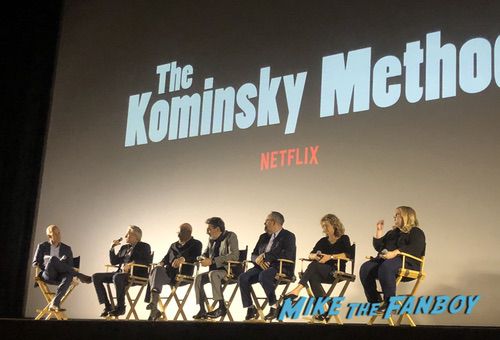 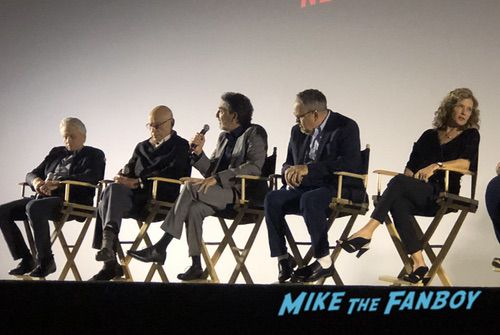 After the panel, they did a quick pic of the cast and everyone hustled off.

When we asked Michael Douglas to sign he looked over and said, “Eh. I gotta go.”

I heard that Nancy Travis told someone, “I don’t sign autographs anymore.”

What is going on? Too too many fails these days!