It’s funny. And I think we’ve all been through this. An event happens and “on paper” it seems like you should go. But you know what, everything tells you not to go. To just stay home. Honestly I don’t know what it is? I mean, there’s a lot of the “if I don’t go, then it’ll be amazing and I’ll miss out.” and then there’s the “I know they’re hard to get and if I stay home then they will sign and pose for pictures with everyone” horror show.

It’s one of the drawbacks of this hobby I guess.

Such is our Fanboy Fail… Um… Saturday… possibly Sunday depending on when I finish coding this, for Ms. Suddenly Susan.

There are days when every fiber of your being tells you to skip an event.

I should learn to listen when I get that kind of the feeling. There was an event for Showtime television show The Affair starring Dominic West, Joshua Jackson, Ruth Wilson and Maura Tierney. The cast is amazingly talented and the show is very intriguing, but I love Dominic West.

He was great on The Wire and I’ve been a big fan of his work for some time now. He’s rarely out and about so I don’t want to pass up the chance to see him. It took me 30 minutes to get from work to Beverly Hills – that was great timing. However it took another 30 minutes to go 1.5 miles down Wilshire Boulevard. So now I’m running a tad late and I pull into the complimentary parking garage and I’m told I’m not allowed to enter until after 6 o’clock.

I drove around for the next 40 minutes trying to find the other complimentary parking lot, but the address didn’t seem to exist. So, I headed back to the first parking lot and Attila the Parking Lot Hun won’t let anyone enter.

I drove down three levels of a virtually empty parking lot – that made a lot of sense. I walked over to the venue and there were only 25 people or so ahead of me in line. I had to use the bathroom and the event people wouldn’t let me in before it was time so I walked three blocks to CVS to use their restroom and purchased a two dollar bottle of water and headed back in line. Five minutes and three sips later they let us in and then I had to throw the entire bottle out.

We walked through a metal detector as well – it was like entering LAX. I got a seat near the front and after screening episode nine the panel was announced. Maura, Josh, Ruth, and and Julia Goldani Telles….. Dominic West had to cancel. 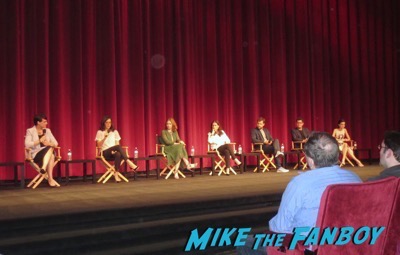 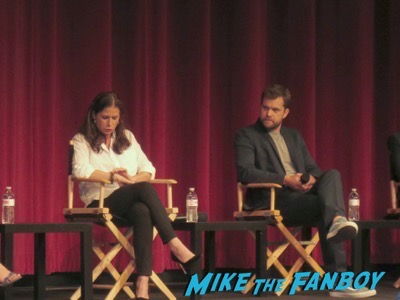 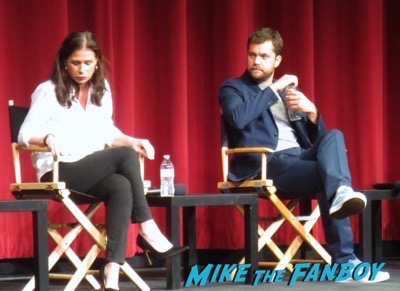 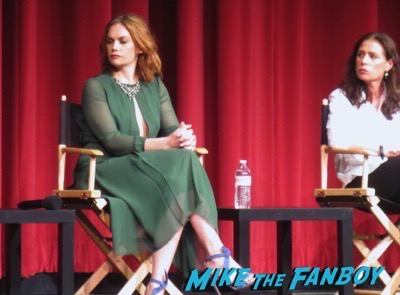 I’d rather get an extra hour of sleep then wait around for Maura Tierney’s autograph.