Now, I’ve always said to myself, ‘Mike you should check this out!’ Apparently I’m into self torture because that’s what happened.

I headed down late, thinking I would just drop some things off with Scotty and Billy who were there waiting. I couldn’t believe how many people were there, especially considering the Spider-man premiere was happening the same day.

The list wasn’t great to begin with but let’s just start with The Walking Dead cast, Melissa Benoist from Supergirl, KJ Apa from Riverdale and Lindsay Wagner… Guess what… None of them showed up.

It was hot and I was annoyed. Whatever.

I really wanted Sam Raimi and Betty Buckley. Betty was in Carrie and I’ve been working on these Carrie cast posters, so it was logical to head up for her. Sam isn’t out much… And then of course Bruce Campbell was supposed to be there as well and who doesn’t love Bruce?

Denise Crosby from Star Trek showed up. Super nice, she signed and did pics. 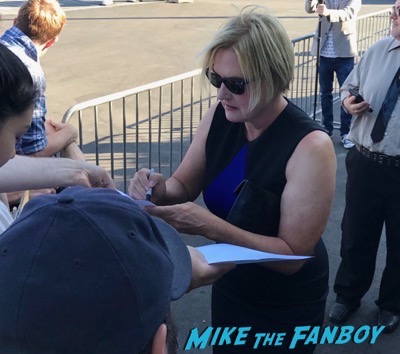 Dee Wallace Stone from E.T. was hyper sweet and come on over and signed, she wasn’t on the list so I didn’t bring anything. 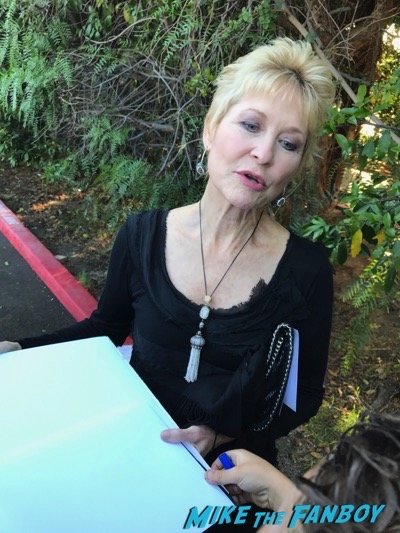 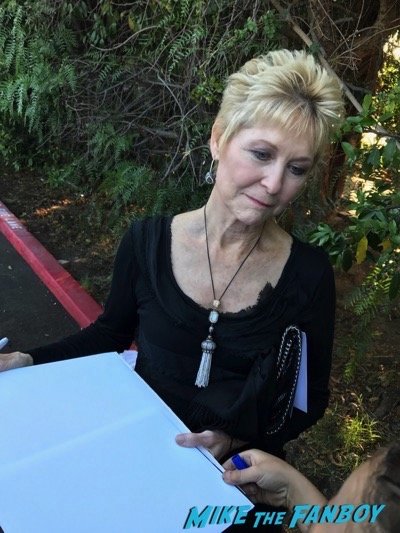 Virginia Madsen who is so nice, came on over. 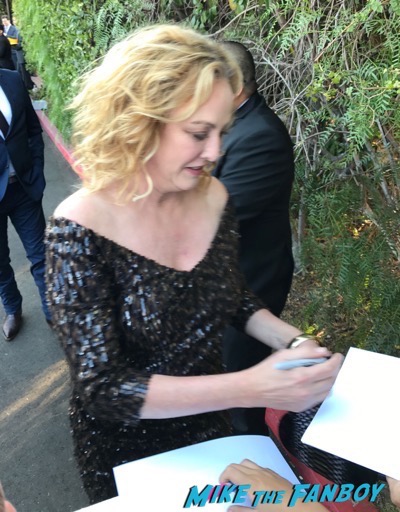 The girl who is in Annabelle 2 arrived and came over. Billy was begging for an index card to be signed. 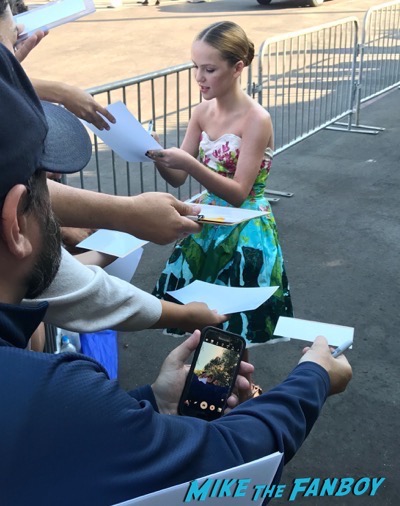 Dawn Wells from Gilligan’s Island was sweet and came over to sign. 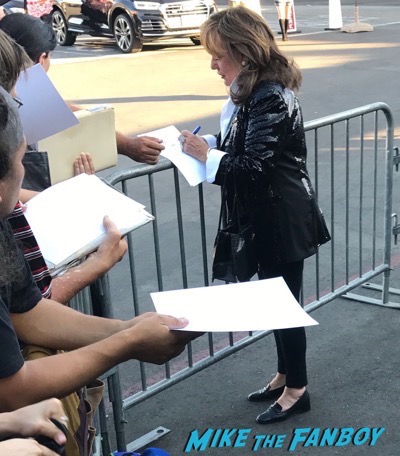 Tim Matheson from Animal House was very nice as well. 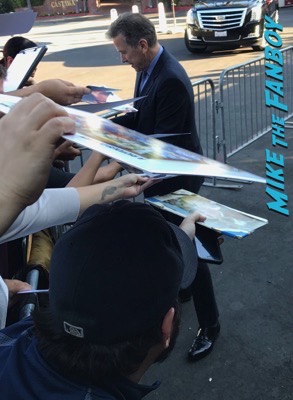 Bruce Campbell arrived and signed a lot. Scotty missed him, but Bruce signed my Ash vs Evil Dead season 2 poster. He was awesome Bruce.

Sam Raimi arrived and people went ape shit. They surrounded him and he was trying to sign and it was like a swarm of bees circling. I didn’t leave to throw my stuff in because… well… I didn’t want it ruined. Well… That would prove to be ironic.

Betty Buckley arrived and was nice enough to come over and sign. Ace helped me get one of the posters done and I ended up getting both finished which was cool.

Gareth Edwards who directed Rogue One was mobbed. I mean the poor guy signed his life away, he autograph was like a check mark, but he still signed. lol. I didn’t bring anything but wow. 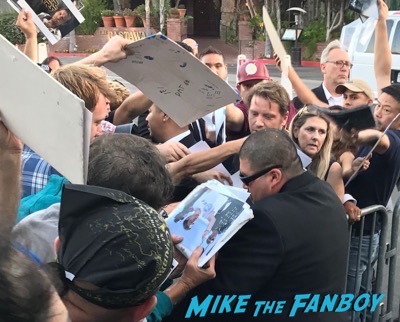 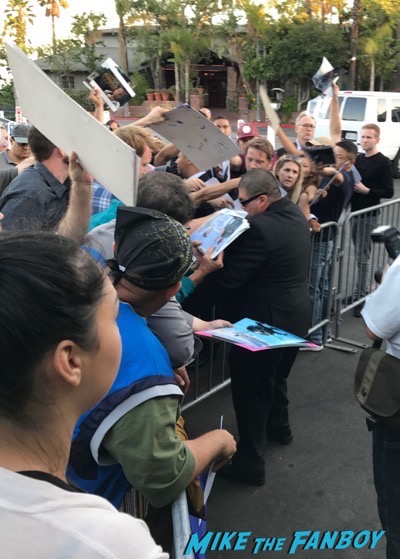 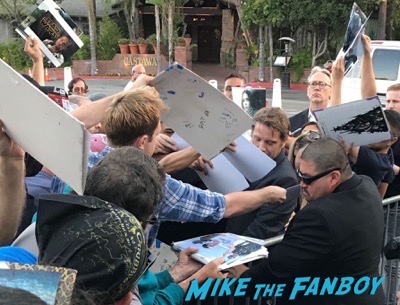 Candice Patton signed two things on the way in.

Now, I should have just cut and run, but we all thought more people would show. Mary Elizabeth Winstead showed up… Yay…

We waited for people to leave, and while I wanted to leave I didn’t.

On the way out Mary Elizabeth Winstead signed for Billy and he was happy. 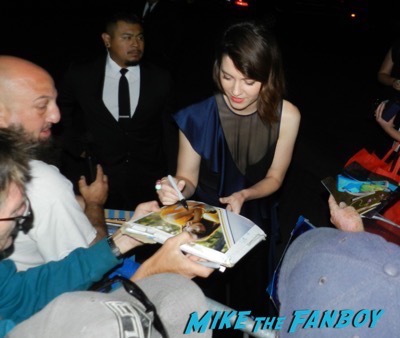 Candice Patton came over and signed as well.

I got a quick photo with Denise Crosby. 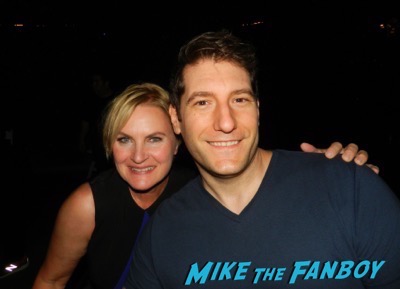 I also got a photo with Clare Kramer from Buffy which was fun. 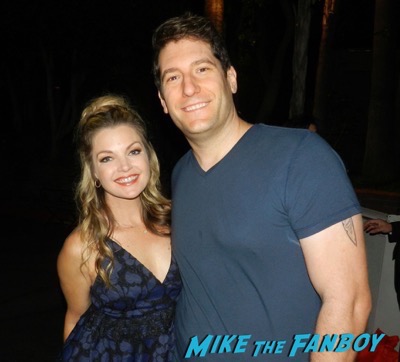 Bruce Campbell left without signing again, Lee Majors wouldn’t even look over at anyone.

It was nearing midnight when Sean Gunn left and was signing.

Sam Raimi left at the same time. I spotted him and was the first, he was very nice and said, “Yeah, sure one minute.” He delayed and then others spotted him. I said, “Sam please be careful and don’t sign over Bruce” and then pointed where to sign.

What did he do? Sign right over Bruce. Like right over him. Totally killing my Army of Darkness poster. I’m so bummed. I’ve had this poster done for years and now? Dead. 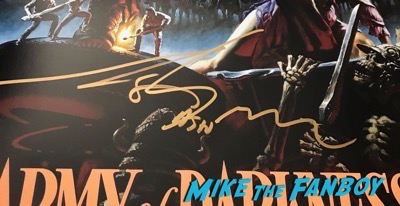 Scotty got my Ash vs Evil Dead posters signed and Sam signed my Evil Dead poster 2 poster. He was partying pretty hard inside, I should have known better and just went home. 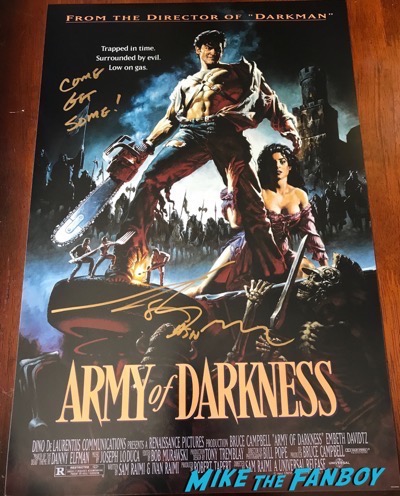 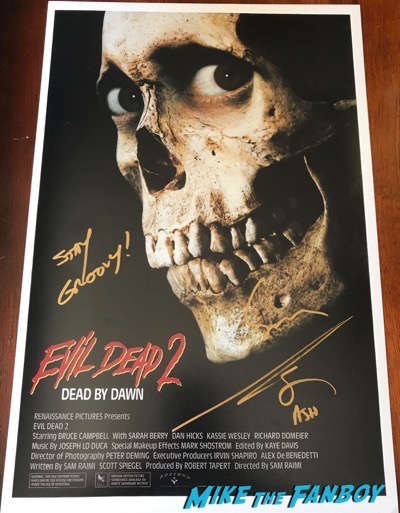 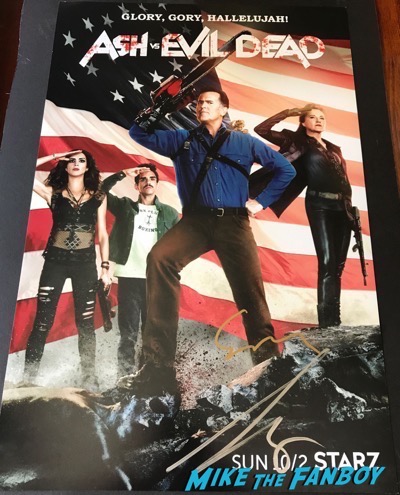 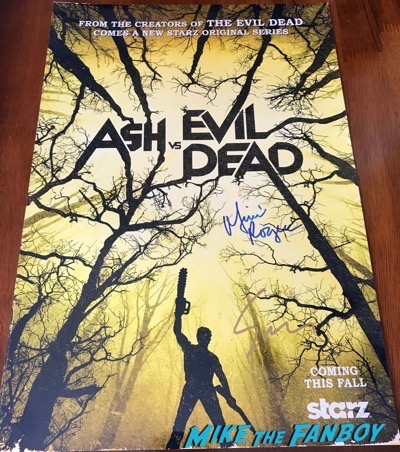 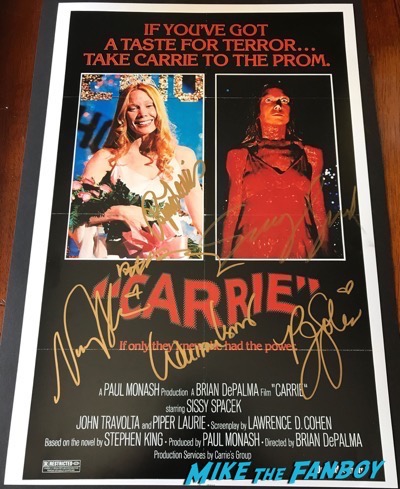 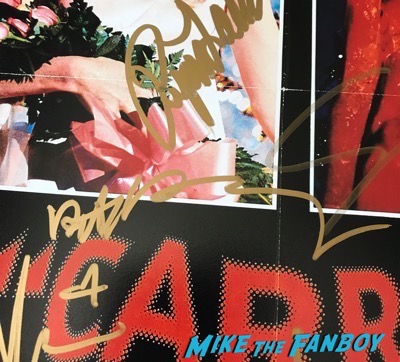 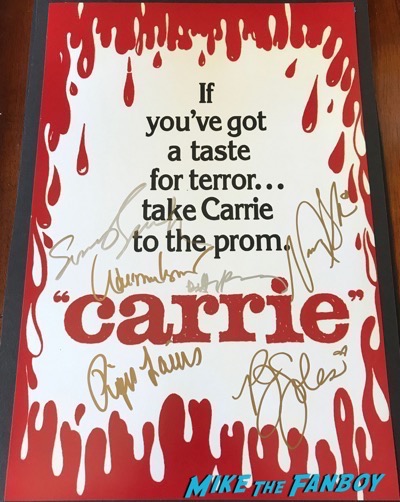