Every time there’s a big premiere like the Avengers: Age of Ultron, you know it’s going to be a long long event.

Billy, Scotty, Colin and myself teamed up and we got a decent spot. 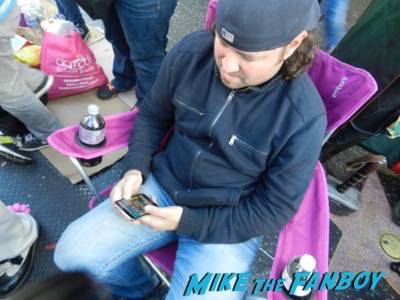 The carpet was getting set up, and Scotty arrived and started making signs. 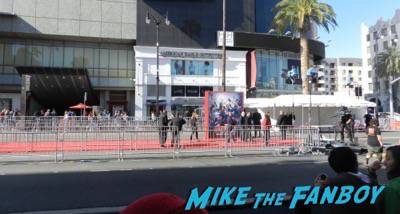 As you can probably tell by the article’s title, the premiere… wasn’t the best. I don’t think anyone had an amazing day, and if you did… Congrats, you might have been the only one.

Scotty made a nice sign for Scarlett Johansson and we tried our best. 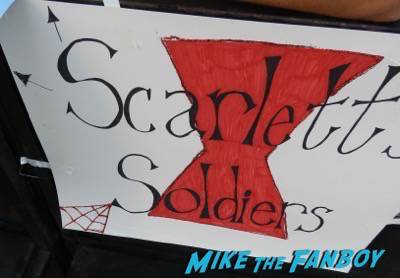 The first drop was Stan Lee. he was so nice and came right on over. He started at the end and covered a good section of space! I got him on my Avengers poster. 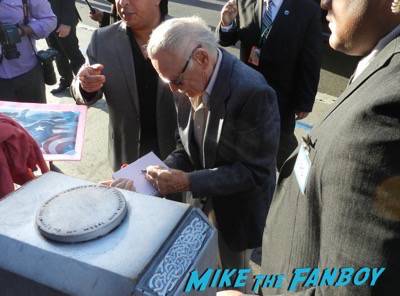 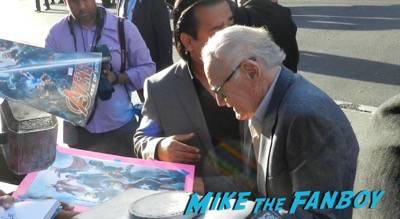 Claudia Kim then dropped and she came over. Claudia Kim signed my Avengers poster as well. 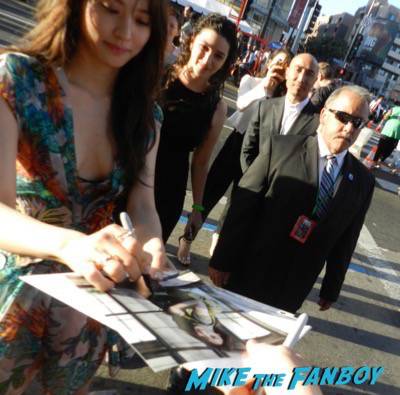 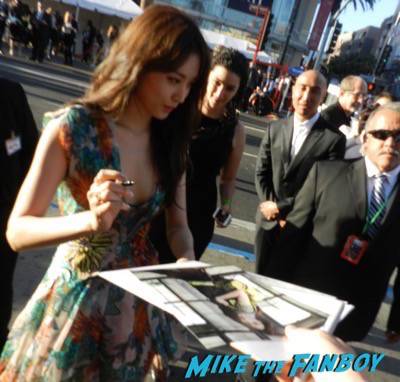 Aaron Taylor-Johnson dropped and went to the complete opposite end and signed a little but not much.

Some of the Agents of S.H.I.E.L.D. people arrived and Brett Dalton and Chloe Bennett were nice enough to sign. 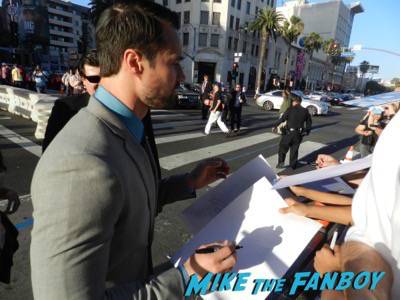 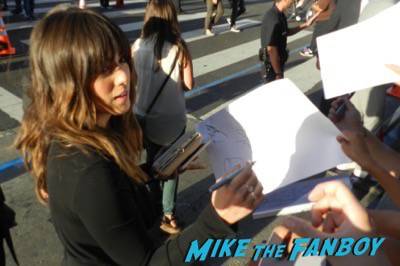 Elizabeth Henstridge came over and said, I’m not going to sign, I just want to do photos! Ooooookay.

Paul Bettany dropped and was so nice. He came right on over and I got him on both my Avengers poster and my Vision individual poster as well. 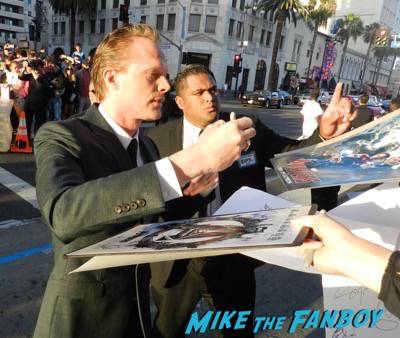 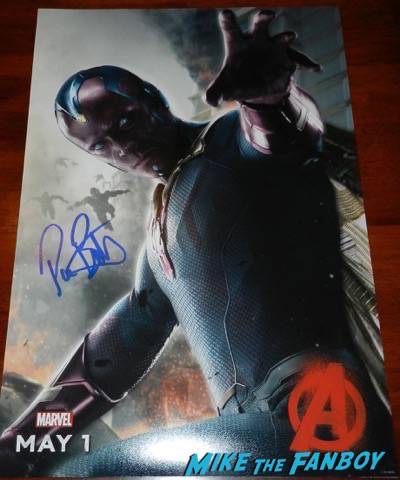 Now, other people dropped and signed but security were intent on keeping them in one tiny section.

I didn’t even see Mark Ruffalo but he signed like 10 from what I heard.

Jeremy Renner signed on the opposite end and as far as I was told, he was forced to stop and head to the carpet.

Cobie Smulders arrived and said she would sign “later.”

Elizabeth Olsen dropped and signed about 15 ish. but only in that one small section.

James Spader was super nice and signed a lot. I got him on my Avengers poster and my Ultron mini poster as well. 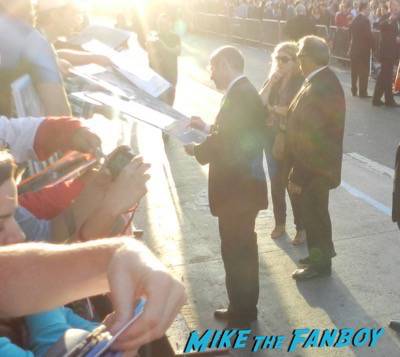 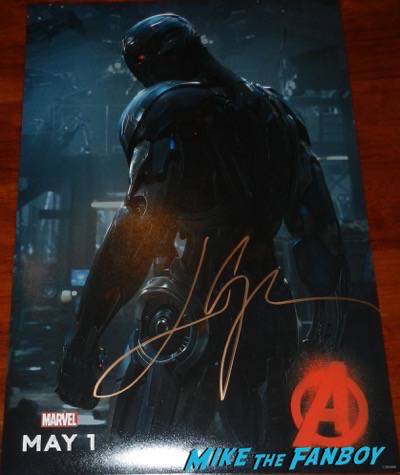 Samuel L. Jackson signed in that one small section for about a minute.

Joss Whedon arrived and went right on the carpet. He did tweet an apology however. 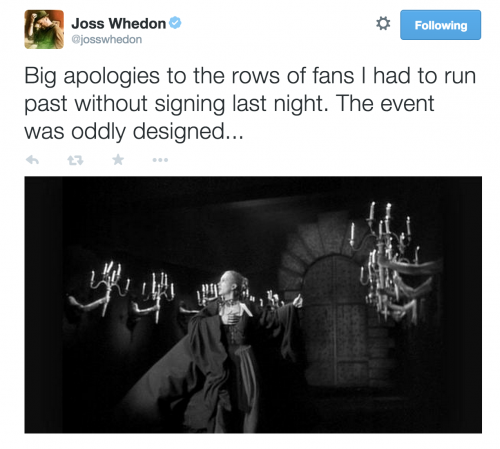 Chris Evans, I didn’t even see, but I hear he dropped on the far end and signed 3. 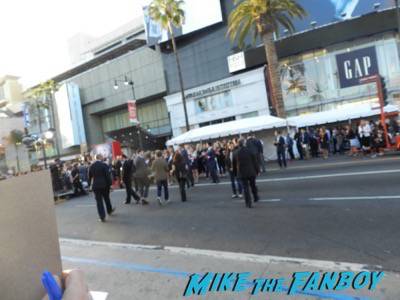 Chris Hemsworth covered a lot of ground, but was skipping around. Billy got him, Scotty got him, I got skipped. Even after much yelling. He wasn’t being very cool, at least in my section.

Hemsworth used to be my favorite, but after seeing him at this and the last premiere, not so much.

Robert Downey Jr. Arrived at the far end a half hour late and signed three.

And that… Was it.

I was able to get Chadwick Boseman walking out after the carpet on my Black Panther poster which was pretty cool. 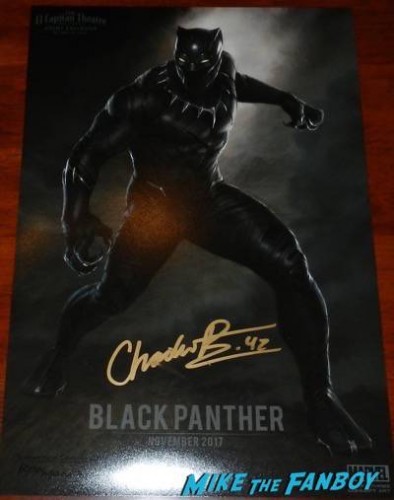 Other than that… Flop city.

I get it, the Avengers is going to make a Billion dollars no matter what. So why bother taking care of the fans.

I just want to put this out there. Stan Lee is 92 years old and he signed more than the top Avengers COMBINED. 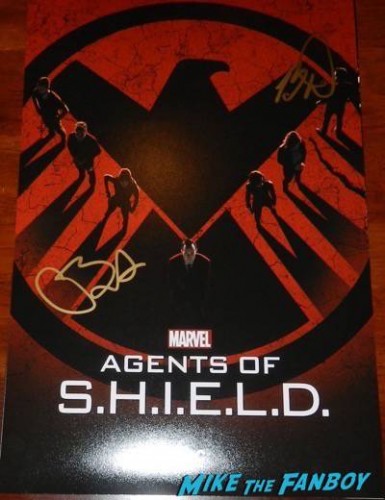 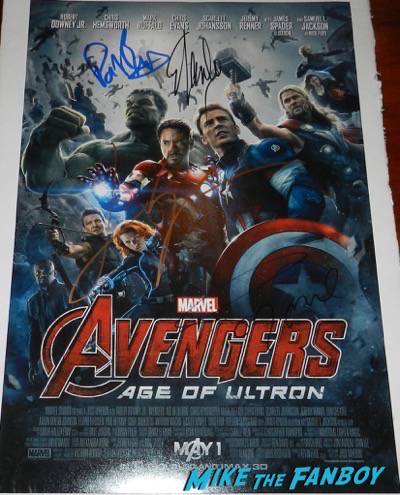