Home / Featured • NEWS / The Annual Fanboy Holiday Gift Guide! Something For Every Geek In Your Life! From The Wonder Years To Wonder Woman!

It’s the holiday season which means it’s time for stockings hung by the chimney with care, egg nog, candy canes, and twinkle lights.

It’s also a time for holiday gift giving and I know it’s hard to find gifts for the fanboys on your list, so I thought it’s time for the annual Mike The Fanboy holiday gift guide!

There are few shows so beloved like The Wonder Years and it’s out now in a full series set.

You can take a look at my review here!
It’s now available in a clamshell packaging which makes it even more affordable!

This set is one of the best series sets to come out in some time. It’s full of amazing bonus features and behind the scenes photos and stories. The real gem however, is the series itself. It’s classic television and a series to be treasured! 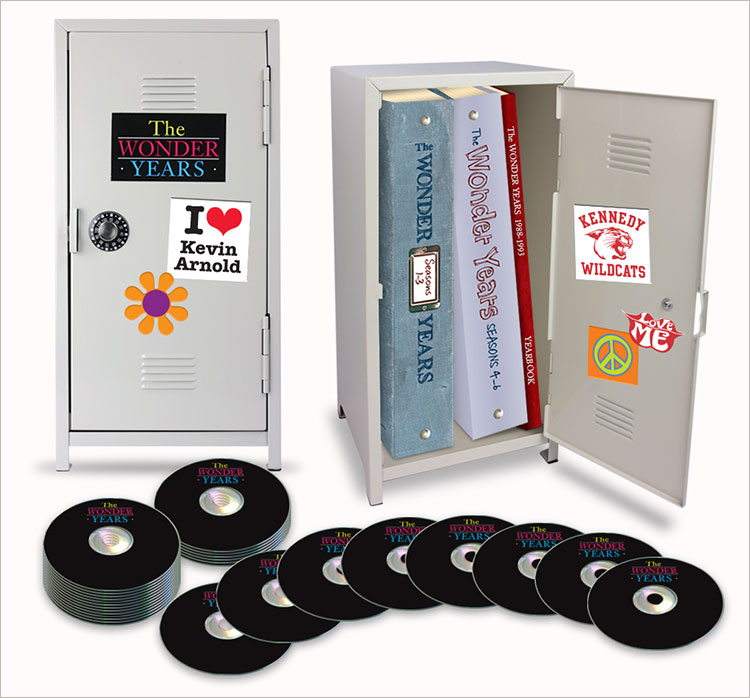 In the Nakatomi Plaza Die Hard Collection, you get all five films in a replica of the.. Well… Nakatomi Plaza. It’s pretty damn awesome and right now, it’s half off on Amazon. 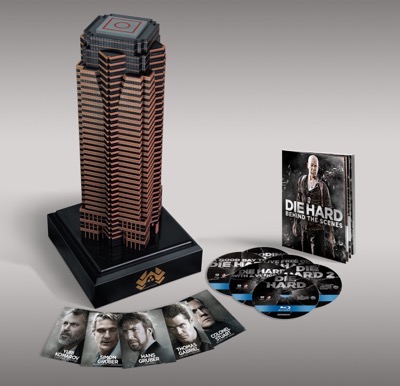 YIPPEE KI YAY, DIE HARD FANS! Now you can own every action-packed Die Hard film on Blu-rayTM starring bruce Willis as the indestructible cop John McClane housed in a limited-edition replica of the iconic skyscraper from the movie that started it all. In addition to the meticulously crafted scale model of Nakatomi Plaza, this must-own set included a bonus disc locked and loaded with in-depth featurettes, plus 5 collectible villain cards and an explosive 32-page behind-the-scenes booklet that’ll blow you away!

Listen, Back to the Future is one of the best films of all time and ThinkGeek has this awesome Flux Capacitor USB Car Charger!

It even lights up just like Doc Brown designed it. It’s time to go back… to The FUTURE!

Grab your golden lasso and if you saw the new Batman V. Superman trailer, your shield… because you dear sister are a Wonder Woman! 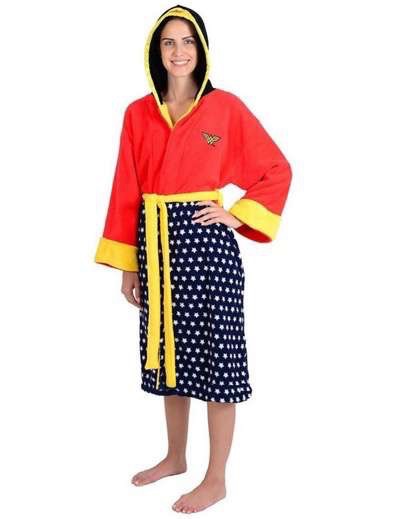 This adorable fleece robe will have you seeing stars and stripes. I’m not guaranteeing you’ll be walking in slow motion with Ben Affleck and Henry Cavill but then again… you just might.

There are very few icons of television left these days. One of them, is Carol Burnett. She has just released The Carol Burnett Show: The Lost Episodes. 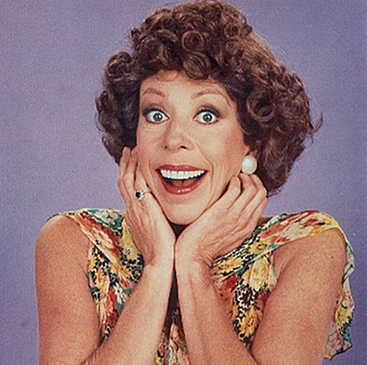 Not seen for over 40 years, the long-lost episodes from the first five seasons of The Carol Burnett Show are coming to DVD for the first time ever! The Lost Episodes feature the best of Carol s beloved variety show including the first episode aired, the first performances of many of her famous sketches, legendary guest stars, and show-stopping musical performances. All episodes have been hand-picked by Carol 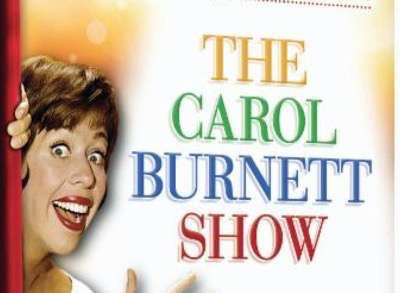 The set includes:
The Carol Burnett Show debut episode
The first performances of these side-splitting sketches:
As the Stomach Turns, The Old Folks & Carol & Sis
And the precursor to the hilarious Went With Wind sketch Gone With the Breeze!
Plus on-set pranks and bloopers!

FOR THOSE OF YOU READY TO RAID!

As you all know, Vikings is one of my favorite shows and if you haven’t picked up the Vikings Funko Pop Vinyl set, you are truly missing out. There are five Pops in this series Ragnar, Lagertha, Rollo, Floki and the Seer. 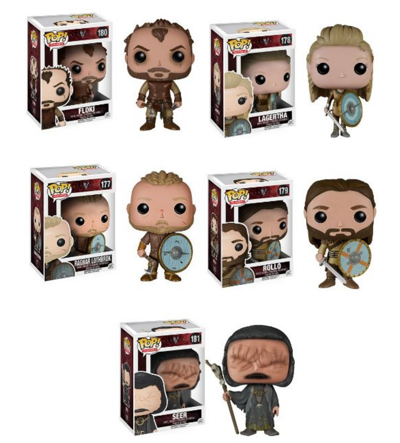 They are simply adorable and a must for any Vikings fan!

FOR THE ULTIMATE GEEK

How can you not love the Sphero BB-8 App-Enabled Droid? 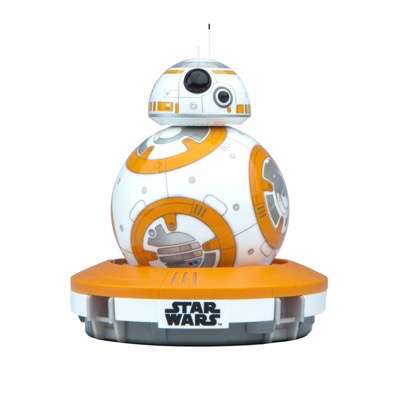 It’s been on my Christmas list for a long time.

Meet BB-8 – the app-enabled Droid that’s as authentic as it is advanced. BB-8 has something unlike any other robot – an adaptive personality that changes as you play. Based on your interactions, BB-8 will show a range of expressions and even perk up when you give voice commands. Set it to patrol and watch your Droid explore autonomously, make up your own adventure and guide BB-8 yourself, or create and view holographic recordings.

FOR THE HORROR FAN

Look, this one is a bit pricey, I admit, but the Alien: The Weyland-Yutani Report is stunning. 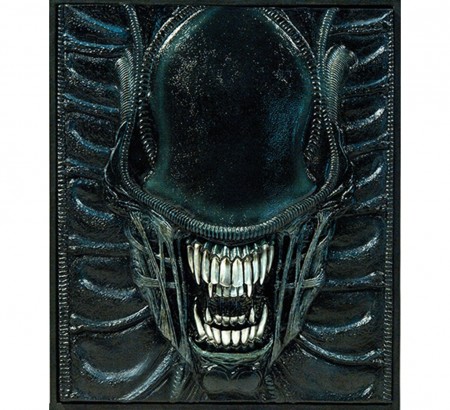 For hundreds of years now, scientists at the Weyland-Yutani Corporation have been monitoring the behavior of an alien life-form so powerful that its potential for military application appears limitless. Although all attempts to harness the beast’s abilities have ended in appalling bloodshed, the acquisition of the Xenomorph remains a priority. As such, Weyland-Yutani has granted you access to their detailed files on the alien in the hope that you will be able to help capture and subjugate one of these fascinating yet deadly creatures.

It’s a limited edition and you can check it out here:

FOR THE FUTURE FANBOY

It’s Rex Manning Day! how can you not love these adorable baby crawlers! The fine folks at Rainbow Alternative, who did the fantastic The Facts of Life shirts for all of us here at MTF, have done such cute baby crawlers/jumpers. 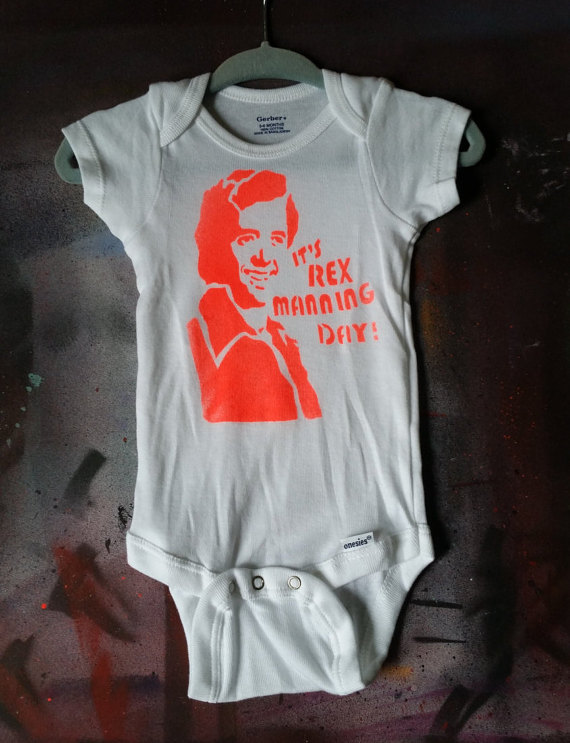 You can get a whole bunch of different designs but hello… Rex Manning day!This one is my favorite! Plus, they are super affordable at only $12 plus shipping!