Home / Fanboy News From Around The World / Fanboy News! Bieber Fans Lose 30K After Cancelled Meet And Greets! Vince Neil Fights Nick Cage Over Autograph? Adele Signs A Fans Chest… And He Sweats Off The Graph? And More!

It’s a crazy world we all live in!

For this weeks fanboy news, Bieber causes fans to lose a ton of cash with the cancelled meet and greets, Vince Neil and Nick Cage fight after Cage is asked for an autograph?, Rihanna signs for fans on stage, and tons more!

Mötley Crüe singer Vince Neil was cited for battery after he grabbed a woman by the hair when she sought an autograph of actor Nicolas Cage at a Las Vegas hotel, police said on Friday.Cell phone video posted on celebrity website TMZ showed Cage grabbing Neil around the neck while restraining him and shouting, “Stop this.” It does not show the fracas between Neil and the woman.

Adele autograph plan for Largs actor is no sweat!

A Largs ‘Adele’ fan got the surprise of his life when he was allowed on stage to get his chest signed by the famous singer during her world tour.However, Douglas Hogg, who now lives in Bridgeton, Glasgow, was left ‘totally gutted’ after Adele’s signature disappeared in sweat! 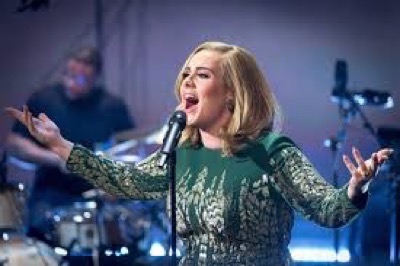 Trump’s Autographed Bibles, Guitars, and Boxing Gloves Are on eBay If That’s Your Kind of Thing

Donald Trump rallies almost always devolve into autograph-signing sessions. And many of those signed items are showing up on eBay. A wide variety of Trump-signed items are just a click away, if that’s the kind of kinky shit you’re into. 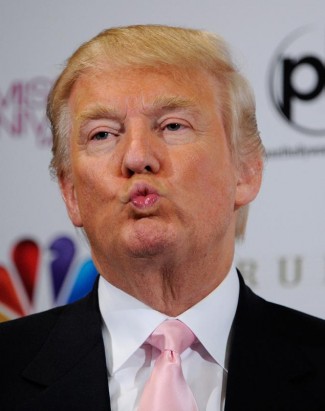 Wow. That’s embarrassing. The Nigerian singer was overjoyed when a photo of Drake signing an autograph on Fader Magazine was leaked.The Hotline Bling singer was signing what looked like Davido’s February edition, in which he was featured. Davido thought Drizzy had signed his cover and even shared the photo on Twitter. 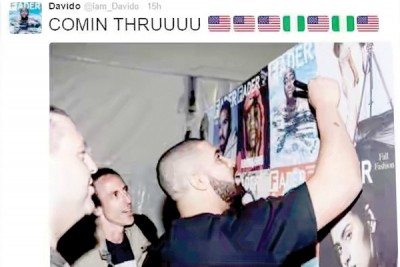 How Much Is That Shatner Autograph?

If you’re heading to St. Louis next weekend and hoping for the full William Shatner experience — you better bring your wallet. And an armored truck.Shatner, who turns 85 today, will spend the weekend after Easter at Wizard World Comic Con in Missouri, offering fans a chance to meet him, get his autograph, and maybe get a picture. But St. Louis Post-Dispatch reporter Jane Henderson broke down how much it would cost a typical fan to get all of that. And it’s not cheap. 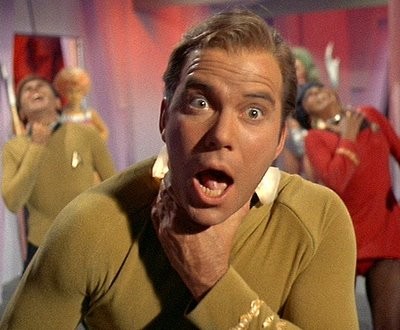 Fox News anchor Megyn Kelly opened up Wednesday about her past interaction with 2016 candidate Donald Trump, telling Yahoo News Live host Katie Couric that their relationship didn’t used to be so turbulent.In fact, prior to launching his presidential bid, according to Kelly, the New York real estate mogul would frequently call her to compliment her show, “Kelly File,” and send her clippings of stories about herself along with his autograph.

Getting half-naked for a Nicklas Backstrom autograph

“When I was packing my bag, I was deciding whether to bring my red alternate Braden Holtby jersey or my white alternate Nicklas Backstrom jersey, the two most recent jerseys I’ve purchased. (As a side note, the alternate jerseys are sooo much better than the regular jerseys and should be made their primary jerseys!) “Backstrom was hurt that night and didn’t play. After the Capitals lost, my brother, my friends and I promptly left and were in the parking garage getting our car. I was looking down at my phone not paying any attention whatsoever (I’m a dummy). Suddenly, my brother and friends say, ‘Hey Jeremy, we just passed Backstrom.’ 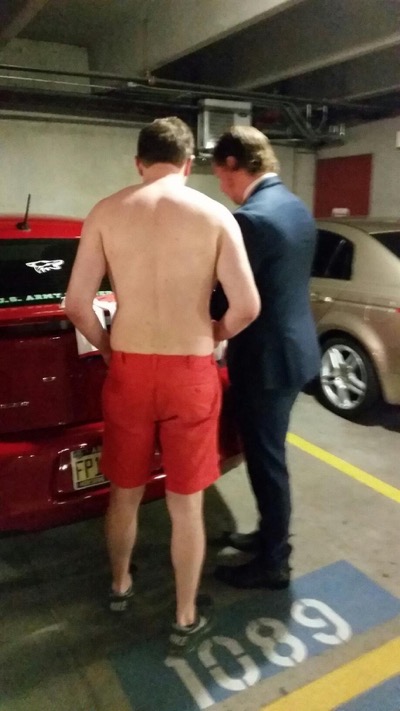 Was O.J. Simpson Asked For His Autograph In Jail? ‘American Crime Story’ Wasn’t All Wrong

On Tuesday night, FX aired its season finale of The People V. O.J. Simpson which showed O.J. Simpson’s acquittal for murdering ex-wife Nicole Brown Simpson and Ron Goldman. In the episode, Simpson’s (played by Cuba Gooding Jr.) defense attorney Johnnie Cochran (Courtney B. Vance) gives his closing statement, the famous last words, “If you don’t stop this cover-up, who will? If it doesn’t fit, you must acquit,” referring to the ill-fitting gloves Simpson tried on earlier in the trial. The episode also shows the football star awaiting his verdict as officers guard him, and one asked Simpson for his autograph. Fact or fiction? Was O.J. Simpson asked for his autograph in holding? 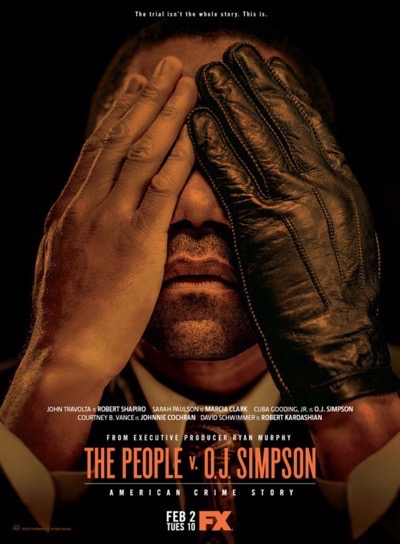 Sprinkled around the complex at Roger Dean Stadium, nestled in the left field corner of the main stadium and huddled near player parking lots, crowds of fans gather wearing drawstring backpacks and holding binders full of 8×10 photos and trading cards. It’s almost as much of a uniform as the players who walk on the other side of the chain-linked fences. 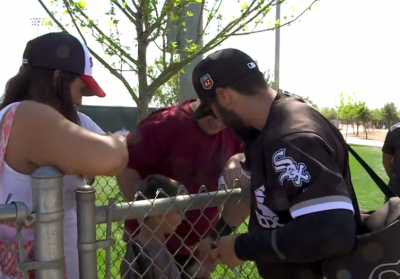 Four fans trying to get an autograph from Stephen Curry fell out of the stands when a railing dislodged before the Utah Jazz hosted the Golden State Warriors.Curry had just finished his pregame routine, which draws many fans at Warriors games, when he stopped to take a picture and sign a few autographs at the opening of the tunnel.

A gate gave way as fans tried to get Steph Curry's autograph before tonight's Warriors at Jazz game. pic.twitter.com/roYHZnKY0y

WANT RIHANNA’S AUTOGRAPH? ASK HER WHILE SHE’S ON STAGE

Though a meet-and-greet is, generally, the preferred method of copping an autograph from your fave, Rihanna is changing things up, signing stuff while she’s still on stage.

It went DOWN in the D tonight!!! Detroit, Michigan thank you for turning shit all the way to the max for ya gorl!!! #ANTIWORLDTOUR #soldowt 🎈🔫

Six young women in Australia saved up money by working extra jobs just so that they could travel to the United States and meet Justin Bieber but now their plans and wallets are crushed. 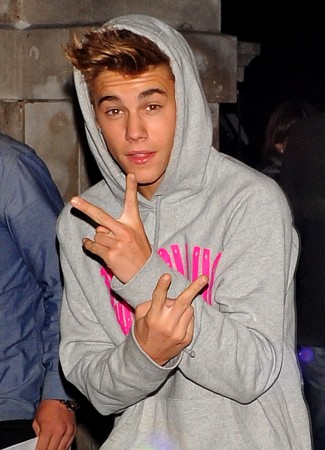