It’s the autograph news from around the world! There’s some cool stuff going on this week starting with the awesomeness of Angelina Jolie! Who doesn’t love the Jolie?

Angelina stopped to greet a fan who was having a panic attack and took time to make sure she was okay. Ummm How amazing is that?

Check out the rest of the Fanboy News below!

After falling sick, a die-hard fan named Techne received a little TLC — and a once-in-a-lifetime photo — from her idol, Angelina Jolie.

The “Maleficent” star noticed her ailing admirer as she exited “The Daily Show” studios in New York on Thursday night and made a beeline to her, wiping her tears and offering some comforting words. 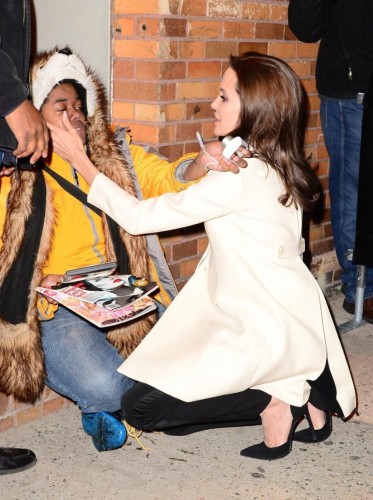 How do you get on a coach wearing a false leg and then manage to get off the vehicle at your stop without it?

That’s the question National Express bosses were asking themselves when one passenger left his prosthetic limb behind on one of their services, having worn it to board the coach. 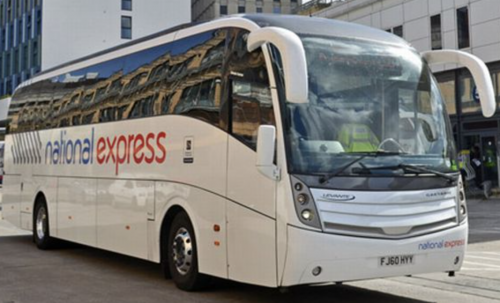 Lionel Messi made a young fan’s night by scribbling his autograph on to a matchday programme before Argentina’s 2-1 win against Croatia at Upton Park.

The young boy looked delighted after getting the chance to meet the Barcelona superstar ahead of the international friendly at West Ham’s home ground.

Messi scored the winning goal from the penalty spot which would have made the young fan’s memento even more special. 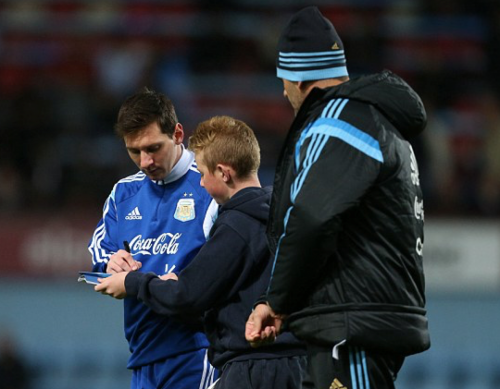 One of the autograph brokers involved with Todd Gurley’s NCAA violations wants the world to know that he never meant to “screw over” Gurley or the Bulldogs’ football team.

Speaking to ESPN and Sports Illustrated for the first time since Gurley was suspended indefinitely, Bryan Allen, of Douglasville, Ga., said he regrets emailing multiple media outlets with the story and the way things have played out since he paid Gurley $400 in cashfor signing about 80 items of memorabilia.

In the world of sponsorship and advertising, brands are always looking for a way to break through the clutter and engage fans with a truly unique idea. In today’s digital world, brands are increasingly turning to social media as a way to reach consumers through activation and engagement events.

Two Sundays ago (November 23rd), Xfinity created a first-of-its-kind event and was able to cut through the clutter by doing so. The company partnered with Emmitt Smith to create the first-ever Twitter-based live autograph session during the Dallas Cowboys-New York Giants Sunday Night Football game. 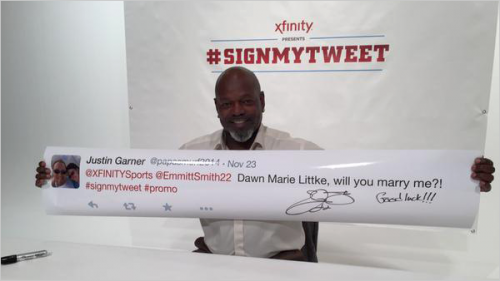 Windermere, Fla. — “I got six mothers, nine aunts, four dads and three fish that need you to sign this.”

That was Bubba Watson’s response when asked about the difference between people honestly asking for an autograph for themselves and people selling them online. But what happens when the athlete gets it wrong?

Joshua Bush, from Gainesville, Florida, had someone bring him a 2012 Masters flag and last year he made the trek to the Players Championship to get it signed by the Masters champ himself. 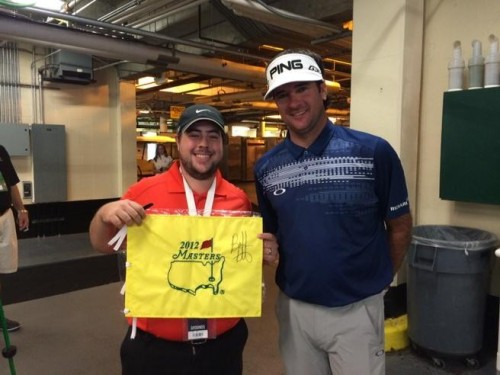