An autograph dealer gets a beat down from Cardi B’s entourage, a good lesson to not be too aggressive when asking for autographs… Maybe just try asking and not rushing.

Check out the Fanboy News Below!

Justin Bieber definitely just made one fan’s Mother’s Day weekend!The “Sorry” singer stopped to sign an autograph on the fan’s photo of himself on Saturday (May 12) in Los Angeles. 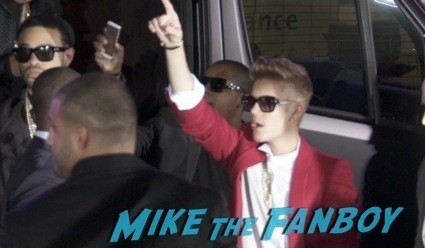 Bronx-born Cardi B responded to reports of an attack on a fan who tried to get her autograph after the Met Gala early Tuesday, tweeting that she has to “be careful” to protect her pregnancy.“If you check my tag pics i take a lot of pics with fans,” she wrote on Twitter. Her post has since been deleted.

A teenager waited along the ropes circling the ninth green at TPC Sawgrass on Tuesday, less than 10 yards from a sign that read, “No on-course autographs” and “Please use autograph areas.”As Jason Dufner walked off the ninth green, he stopped to sign the young fan’s flag. It happens every week on the PGA Tour, but at The Players, Dufner’s gesture defied the circuit’s policy of not allowing autographs during practice rounds.

In more than 40 years of collecting autographs, John Brennan never saw anything like the beatdown endured by Giovanni Arnold while trying to get rapper Cardi B’s John Hancock Tuesday morning.”What I saw in all the years I was doing this, what appeared to happen in the video, never happened to me,” the 53-year-old who has camped out to meet the Beatles, Nirvana, Led Zeppelin, the Rolling Stones and Prince told us. 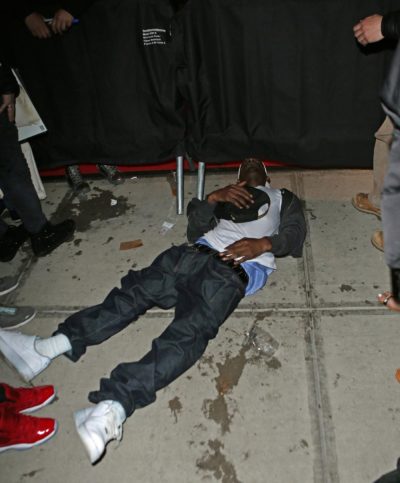 ‘A League of Their Own’ actress, Rockford Peaches announce autograph signing

Several original Rockford Peaches and the actress who one in the 1992 film ‘A League of Their Own’ will be appearing in Rockford for a special ‘Meet a Peach’ event on Thursday, May 31st to celebrate the team’s 75th anniversary.

The Rockford Area Convention and Visitor’s Bureau announced Friday that actress Megan Cavanagh, who played Marla Hooch in the film, along with original Rockford Peach Helen “Sis” Waddell-Wyatt — who played outfield and infield — and bat girls Charlene O’Brien and Clara Kilman, along with the President of the Women’s Baseball Center in Rockford, Dr. Kat Williams, will be appearing to sign autographs, memorabilia and other keepsake gifts to celebrate the occasion.

When You’re Obsessed with Autographs

“Autograph—the very word that defines what I collect—is misleading,” says Pedro Corrêa do Lago. “As I often say, every signature may be an autograph, but not every autograph is a signature.” For the Rio de Janeiro– and São Paulo–based publisher and art historian, who for more than 26 years was the local representative for Sotheby’s in Brazil, collecting autographs has become an obsession—a “voyeuristic fetish” that provides an intimate window into the thoughts of others. “If only for a brief moment,” he says, “you become party to an intensely personal transaction that was never meant to include you.” It is also a passion that by his own admission borders on madness: “Luckily for me, Bia, my wife of 24 years, is a trained psychoanalyst.”

Paul Casey and Jason Dufner are just two a number of PGA Tour professionals to refuse the “no on-course autograph” policy when it comes to signing memorablilia for youngsters during practice rounds at The Players Championship this week.

As Dufner walked off the ninth green, he stopped to sign the young fan’s flag. It happens every week on the PGA Tour, but at The Players, Dufner’s gesture defied the circuit’s policy of not allowing autographs during practice rounds.

The new owner of the one-of-a-kind card is Dave Oancea, known to many as Vegas Dave. It’s his latest — and biggest — addition to an impressive collection of 2009 Bowman Chrome Draft Mike Trout autographs. He’s already got eight of the 25 Orange Refractors and one of the five Red Refractors.

Singing sensation Mason Ramsey (AKA “Walmart Boy”) has once again earned viral support for an inventive fan interaction. Instead of autographing a poster or piece of paper, Mason scrawled his signature directly onto a fan’s forehead.