It’s the Fanboy News from Around The World!
I feel like there should be a theme song every time I write that! LOL.
There’s a bunch of cool stuff today! Controversy, crazy madcap running fans, and more goodness!

Check out the links below!

Baseball players can get pretty attached to their uniform numbers. And while, traditionally, players with less service time are expected to give theirs up to newly acquired veterans, there’s usually a price attached — often coming in the form of a check, a watch, or a fancy dinner.

Veteran MLB starter John Lackey has worn No. 41 for almost his entire career in the big leagues. But when he joined the Cardinals, he needed to wrest the number from All-Star reliever Pat Neshek. Luckily for both parties, Lackey had a trade chit of particular interest to the side-armer: 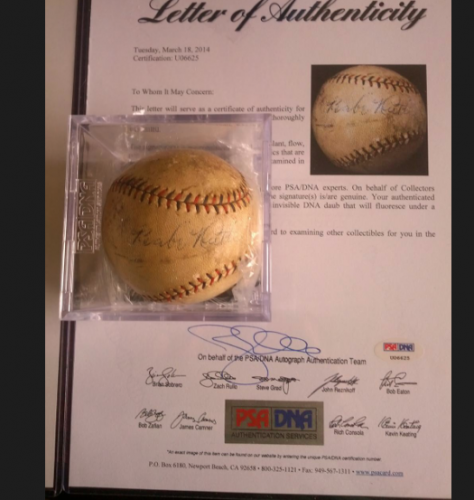 Fans were beaming ear to ear Wednesday as NASCAR driver David Ragan sat down to sign autographs.
As the line grew, Ragan took time to speak with everyone and answered questions about his new baby.

“She’s starting to sleep through the night,” he said. “I didn’t know what a good night sleep was.” 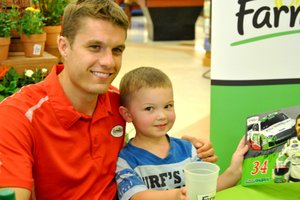 Mo’ne Davis, 13, made history when she became the first female to pitch a shutout game at the Little League World Series on Aug. 15! She is now a bonafide superstar, even gracing the illustrious cover of Sports Illustrated magazine. The young pitcher, who is the only female on her Philadelphia Taney Dragons team, is also one of only two girls competing in the series. But when memorabilia signed by her appeared for sale online, a major ethics question arose. Is it okay to profit off of a teenager? 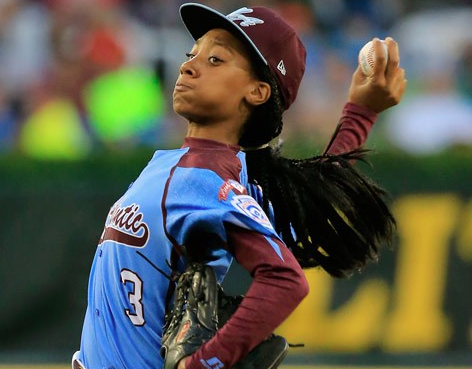 Alabama held its annual Fan Day on Sunday. The team had an open practice in Bryant-Denny Stadium, which was followed by an autograph session with players and coaches.

Fans started lining up outside the stadium as early as Wednesday in order to be first to get Nick Saban’s autograph. Once practice was over, the gates to the field opened and thousands fans rushed out, sprinting 100 yards to the other side to meet the Alabama coach. 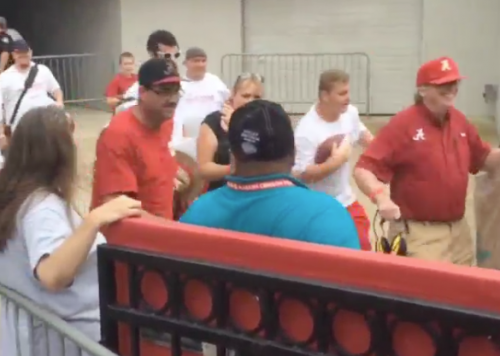 Local sports memorabilia enthusiast, Greg Gehman, pulled an authentic Babe Ruth autographed out of a pack of Topps baseball cards at VSM Sports Card Outlet in Lancaster, PA. The autograph cut was inserted into a framed baseball card and was pulled from a pack of 2014 Topps Museum baseball cards, which Gehman purchased for $55. The card is estimated at $8,000 to $15,000, but could sell for higher because of the condition of the card.

Gehman has consigned the card with Wheatland Auctions Services in their monthly sports auction ending this Sunday, August 17th. The card was graded in GEM MINT condition with the autograph grading a nine out of 10, making it one of the nicest Babe Ruth autographs available on the market. Stacey Whisman, owner of Wheatland Auction Services who grew up in Red Lion, PA, was glad to see Gehman pull the card from a pack. 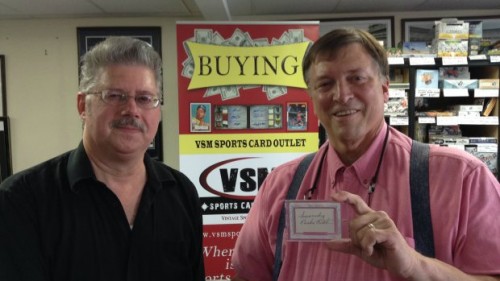