This week, a young fan freaks out after meeting Lonnie Walker, A Might duck is having a tough time of it, Chase Daniel goes undercover to get autographs of his teammates and more!
Check it out below!

Chase Daniel has made a living out of performing behind the scenes. The NFL veteran has had a successful career serving as a backup quarterback to the likes of Drew Brees, Alex Smith and now Mitchell Trubisky — working alongside them in practices and preparing them for each game.Earlier this week though, Daniel may have put together his best performance. The quarterback went incognito after the team’s training camp practice to seek out some teammates’ autographs. 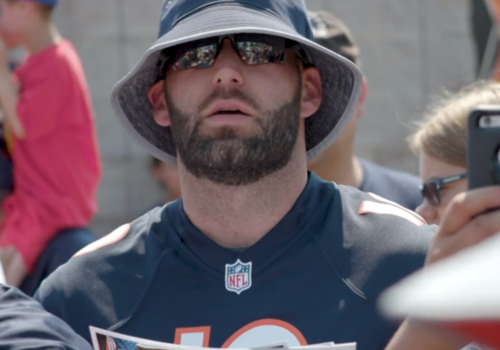 WATCH: This little Spurs fan’s reaction to getting Lonnie Walker’s autograph is priceless

San Antonio Spurs rookie Lonnie Walker IV may be one of the newest additions to the roster, but that does not mean he hasn’t made an impression.In a matter of months, Walker has displayed his supreme athleticism on the court and intellect off of it. This has translated to new admirers of all ages, with fans excited to see how he develops in the Spurs’ system.

A New Jersey woman who thought she was helping a down-and-out man pay for his gas station food ended up footing the bill for country music star Keith Urban.Ruth Reed says she met Urban at a Medford Wawa ahead of his concert Friday night in Camden.Substitute teacher Reed says she had made a resolution to help Wawa customers and jumped at the chance when the man ahead of her was short a few dollars. 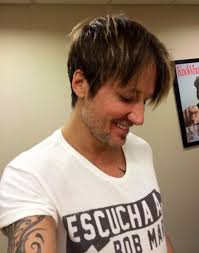 What’s better: Getting an autograph from or taking a photo with your favorite player?

This week, Mike Trout and Mike Moustakas both ran into young fans who were absolutely thrilled to see them. One got an autograph:

Feel good of the day @Mooose_8 of the @Brewers gets recognized. girl asks if he could sign her Lil bros shirt, no hesitation says yes asks if they have a pen. She’s trying to find an open sharpie, he grabs one rips it open, says ”Don’t worry I’ll buy it.” Signs his shirt and hat! pic.twitter.com/dzhkwg32qU

Stan Lee an almost-ubiquitous figure at comic conventions around the globe, appearing on panels and signing comic books and other memorabilia. However, in recent years the aging Marvel Comics legends has begun to lighten his schedule, reducing the number of convention appearances in the United States, and ending visits to Canada and Europe. Now it appears he’ll also cut back on autograph sessions.