Before Baby Yoda, there were Jawas. Meet the San Francisco woman who played one

Everyone loves Baby Yoda.But before the little green Jedi won the hearts of “Star Wars” fans around the world — a long time ago in a galaxy far, far away — it was Jawas that made them swoon.The tiny scavengers with glowing yellow eyes in brown-hooded robes made but a brief yet unforgettable appearance in the original 1977 film in George Lucas’ epic sci-fi series. Their rallying cry still rolls off the tongue: “Utinni!”

Panic! at the Disco Fan Invites Brendon Urie to Wedding, Gets Autographed Response

Erica Veon didn’t have high hopes when she decided to send a wedding invitation to Brendon Urie, but she was thinking maybe she could get an autograph as a gift. Erica told Urie how she has been a fan for more than a decade and how much his music meant to her… and he replied!

Sent this wedding invitation w/ no expectations of him coming, but wrote a little letter about being a fan since '05, how much his music means to me & how amazing an autograph would be as a wedding gift & YOU GUYS! Thank you🥰 @brendonurie @PanicAtTheDisco #brendonurie @AltPress pic.twitter.com/JeDlMpQyh3

Moneybags Tyson will boost is bank balance even further on Saturday with the two sessions in Blackpool and Manchester.They are being heavily promoted with posters on social media and fans are told the heavyweight brawler will be appearing at two memorabilia shops owned by firm Simply Iconic.

This ad’s a tearjerker. But don’t reach for the Kleenex. Grab some napkins instead. In September, Tim Hortons chief marketer Paloma Azulay found herself chatting over coffee with hockey icon Wayne Gretzky. “I asked him a question I’ve been asking everyone I meet with: Do you have a true story you want to share about Tim’s?” she recalls.

Since 2001, autographs have been a regular feature in most sets of Topps Star Wars trading cards. One could even go back to the original run of Star Wars Galaxy to find signed cards, but those were from artists working on the sets, not actors.Here we are, dozens of sets and a few new movies later and the Topps portfolio of Star Wars autographs is both deep and impressive. Over the years, some big names have signed cards for the company. Harrison Ford, Mark Hamill and Carrie Fisher highlight some of the original trilogy icons. Daisy Ridley, Hayden Christensen and even Samuel L. Jackson are among those from the prequel and sequel trilogies.

About a month into the new MLB season, 2020 Topps Tier One will make its annual return.Autographs and relic cards are essentially the product. Each one-pack box will include two autographed cards and a relic card. There are 12 boxes to a case and each case is guaranteed to have one rare Tier One autograph.

Devon Sawa took to Twitter Thursday to share an unnerving correspondence with a fan that was sent to his home. The actor, 41, shared a shot of the handwritten letter in which the fan criticized his recent performance in a film and asked for an autograph. 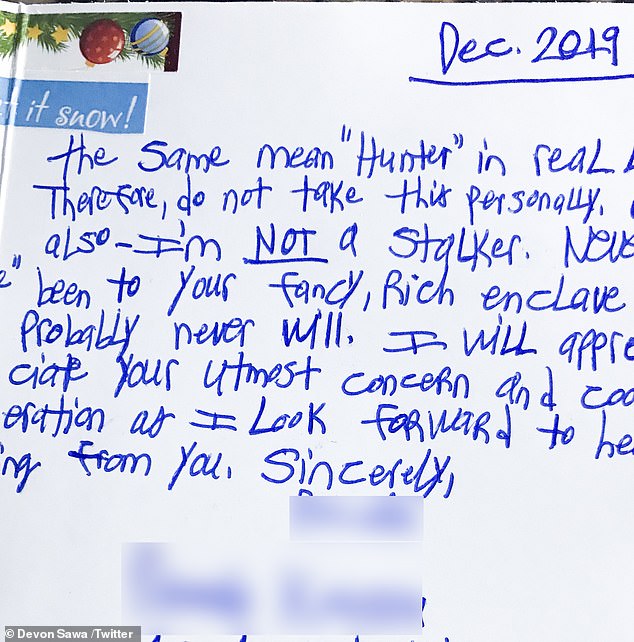 Collecting Autographs and Personal Mementos. Free Class at the Silver Lake Library December 19th.Autographed books, signed letters, photographs, album covers, paintings, sketches…what’s in your autograph collection? In conjunction with the publication of the Autograph Book of L.A. we will consider what our own personal items means to us, our family histories and beyond. Bring in an autographed item or personal memento and share your story. Thursday, December 19, 6:00-7:30 p.m. The Silver Lake Branch Library is located at 2411 Glendale Blvd, Los Angeles, CA 90039.