Home / Fanboy News From Around The World / Fanboy News! Pulling the Card of a Lifetime! Emilia Clarke Reveals Why She Refuses Selfies! Raquel Welch! And More

Some random things this week, Pulling the card of a lifetime! Raquel Welch gets annoyed with fans and more!
Check it out below!

At 90, Thomas Using Autograph to Help Kids with Cancer

The “original” Frank Thomas, who hit 35 home runs and drove in 109 runs for the Pittsburgh Pirates in 1958, is still around, still signing autographs and still helping youngsters.Thomas played for six teams during the 1950s and 60s, amassing 286 homers as a teammate of players like Roberto Clemente, Frank Robinson and Hank Aaron. His ’58 season landed him on the cover of Sports Illustrated.

Kelly Clarkson said it best: “Some people wait a lifetime for a moment like this.”We don’t know if Andrew had the song stuck in his head. Like, what would be going through your head if you pulled a 2019 Panini National Treasures Babe Ruth/Ty Cobb Autograph Dual Bat Relic 1/1?Yeah. Hard to imagine.

You didn’t see his name when Panini and the companies that produce the pre-draft football card sets issued previews for their 2017 issues. He wasn’t invited to the NFL Rookie Premiere and was considered a speculative late round pick at best. Two seasons later, he’s emerged as one of the best picks in a loaded draft class, but Aaron Jones rookie cards are still a relative bargain.

Zion Williamson gave a young New Orleans Pelicans fan a cool souvenir on Saturday.Williamson went through a workout prior to the team’s game on Saturday against the Indiana Pacers, and punctuated things with a dunk:

RAQUEL WELCH – who has starred in films One Million Years B.C and Myra Breckinridge – has opened up about what annoys her the most when it comes to meeting fans. 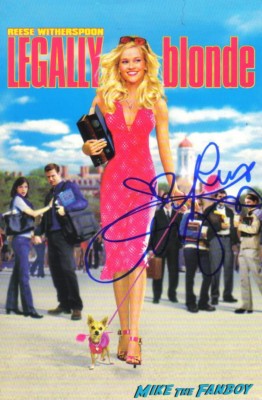 Several Disney World employees who work as costumed characters in the theme park have filed complaints against tourists who have groped or inappropriately touched them. Three separate employees have filed police reports over the harassment, some of which has led to physical injury. Which leads us to ask (and not for the first time) what in the actual fuck is going on in Orlando, Florida?

Fans are concerned for Kaia Gerber and Pete Davidson after a disturbing new report has surfaced suggesting that Peter Davidson has “scratched out eyes.” The Daily Mail reported on the incident that apparently brought a distressed Cindy Crawford and Rande Gerber to their 18-year-old daughter Kaia’s apartment where it was reported something was going on with Pete Davidson. Pete has dealt with mental health struggles in the past yet it is unclear if he is currently dealing with anything right now. However, the report quoted anonymous sources who apparently overheard Rande Gerber’s and Cindy Crawford’s panicked conversations that called into question the well-being of 26-year-old Pete Davidson.

The 56-year-old singer and former Loose Women host opened up about the 2016 ordeal in her new autobiography, Riding the Waves: My Story. She wrote: ‘He told me: “You are a target and if somebody wants to get to you, they know you’re going to be outside the stage door after a show”.

Emilia Clarke reveals she no longer has selfies with fans, after one asked her for a photo during a panic attack.The English actress, 33, was speaking to Jessie Ware on her podcast Table Manners – where she revealed she suffers from the anxiety- induced attacks. Opening up on the podcast she said that, during a panic attack, bought on by exhaustion, a fan actually stopped her and asked her for a photo. Despite crying and going through the difficult ordeal, she reveals that the fan was insistent on getting the snap.