Autograph forgeries are rampant and at one convention a dealer got busted for allegedly passing off forgeries as the real thing. Woo to the hoo. So glad to see this happen. Forgeries kill the hobby! A bunch of fun stuff below!
Check it out!

A grand slam gathering of the world’s top sports memorabilia dealers, collectors and fans returned to the I-X Center for the 39th Annual National Sports Collectors Convention.The much anticipated event, which hasn’t come to Cleveland in four years, kicked off Wednesday and runs through Sunday, with countless, priceless autographed items on display and on sale, as well as over 140 current sports stars signing autographs.

Teen Patriots Fan Gets Tom Brady’s Autograph Tattooed Onto Her Arm: ‘It Was the Most Amazing Thing’

One New Englander went the extra mile in her passion for the Patriots by making Tom Brady‘s autograph a permanent fixture on her body — and she couldn’t be happier.When Megan Uhrynowski, 19, visited the Patriots’ training camp on July 30 at Gillette Stadium in Foxboro, Massachusetts, she and a friend were dead set on getting an autograph from the legendary quarterback who celebrated his 41st birthday on Friday.

“I would see people make custom helmets—get one signature. I said, ‘Why one? Why not all?’” shd said.For most, earning an autograph is purely based on luck. For Frausto, it’s a skill. Each of her customized helmets has a theme. This year, she’s hoping for a Super Bowl. And there’s no price that anyone could pay to take these helmets away from her.

David Hasselhoff’s publicist confirmed Tuesday that the actor has married model Hayley Roberts. The small ceremony between the 66-year-old “Baywatch” star and 38-year-old Roberts took place in Italy with close friends and family.The couple first met seven years ago when Hasselhoff was a judge on “Britain’s Got Talent.” He was filming auditions at a hotel and Roberts approached him for an autograph. He said he’d only give it to her if she gave him her phone number.

Fans watched ‘Mission: Impossible — Fallout’ at the top of a 2,000-foot cliff where one of the movie’s biggest action scenes takes place

“Mission: Impossible” fans aren’t afraid to carry out near-impossible missions of their own.Paramount Pictures said 2,000 fans climbed to the top of Norway’s 2,000-foot cliff, Pulpit Rock, for an outdoor viewing of “Mission: Impossible — Fallout” on Wednesday at 11 p.m.Franchise star Tom Cruise, who was not in attendance, tweeted about the event on Thursday, and said “2,000 feet, 2,000 people, 4 hours of hiking. The most impossible screening of #MissionImpossible Fallout. Thank you all for coming! I wish I could have been there.”

2,000 feet, 2,000 people, 4 hours of hiking. The most impossible screening of #MissionImpossible Fallout. Thank you all for coming! I wish I could have been there. pic.twitter.com/ufi1FkP6KI

Amy Adams has an impressive Hollywood career that would make most actresses a diva.But the 43-year-old beauty proved on Tuesday that she is still a kind, approachable person when she was seen outside her hotel in New York City.

The ‘Supernatural’ Guys on Brotherhood & Their All-Important Fans (Including Stephen Amell?) (VIDEO)

Plus, is there a chance he and Jared are related in real life?!It all comes down to their loyal viewers, and there’s a reason why fans still connect with the series.”The show has great mythological storylines on it that are often drawn from Biblical mythology,” Collins explains. “But this show is grounded in these very relatable characters, this family dynamic that everybody can relate to.” 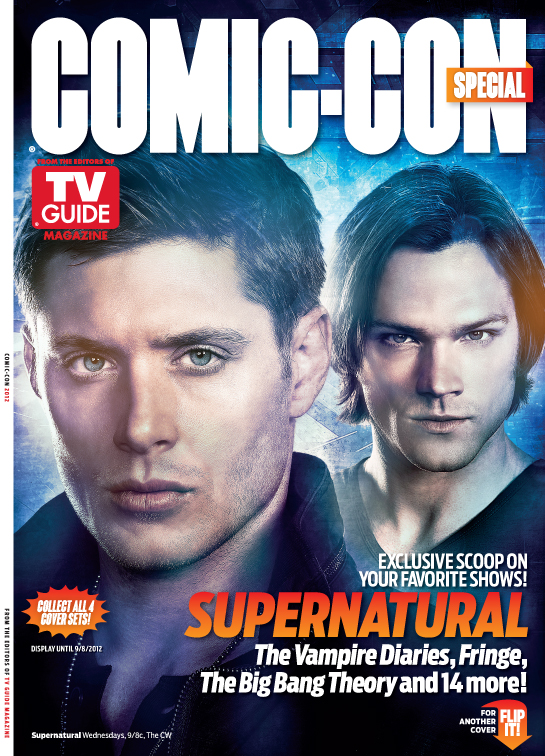 One lucky Game of Thrones fan can own a piece of the hit HBO show’s history, for a cool $656,452.A portion of Northern Ireland’s Gosford Castle — which was used as Riverrun, the seat of House Tully and the childhood home of Catelyn Stark (Michelle Fairley) — is up for sale, according to a Maison Real Estate listing.